Just for The Win (JFTW) have released a new game called Icy Gems slot which is another game from them to use superspins. Unlike most slots that have features triggered by Bonus symbols, this one works by collecting the base symbols and using them for a superspin which only features certain symbols for some big wins, hopefully. I’ll discuss this more in detail down below.

The theme here is very basic but good timing considering it’s Winter now and nearly Christmas. If you like lots of animations and a unique theme with cool backdrops etc then this certainly won’t appeal to you very much. However, basic themes are appealing to some and this one does look pretty good in terms of the graphics and colours used. What you have here is a 5×3 reel set-up with 20 paylines which is very standard these days. In order to get started, you need to spin the reels to try and get a winning combination on one of these paylines using the base symbols which will award you with a cash prize. These base symbols are listed as follows, ranked in ascending order based on their value:

There’s also a wild symbol in Icy Gems slot shown simply as a golden W and it substitutes for all other symbols in the game and cannot be collected. 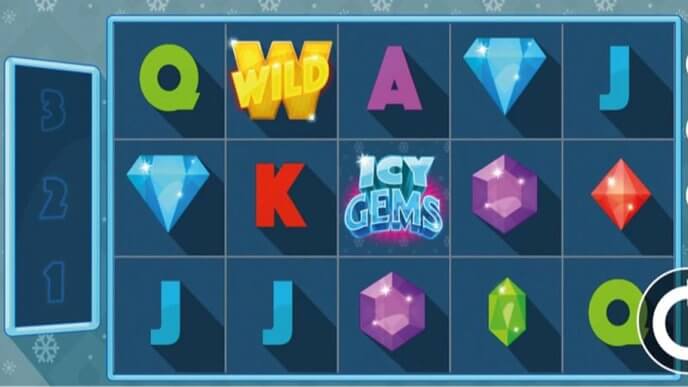 Symbol Storage. This is an interesting feature and one that aims to set the slot apart from most other slots. The way it works is that when a win is awarded on one or more lines, the winning symbol for each line will be added to the symbol storage. Once you’ve finally added 3 symbols to the storage you’ll be given a Superspin. Note that you also cannot remove a symbol in the symbol storage during a respin.

Superspin. This is the main thing you’ll be aiming for in Icy Gems slot by collecting symbols as I’ve already mentioned. Once you get a superspin, only the symbol types that you collected in symbol storage will be available on the reels. You have different visual stages in the superspin based on the symbols that you collected during the respins. 3 different symbol types will be displayed in stage 1, while 2 symbols of the same type and another symbol will be shown in stage 2, and finally 3 symbols of the same type will be shown in stage 3 and a win is guaranteed. All wins given during the superspin will be added to the total win. Clearly the symbols you want to collect in order to trigger the bonus will be high-value ones to make for bigger wins. 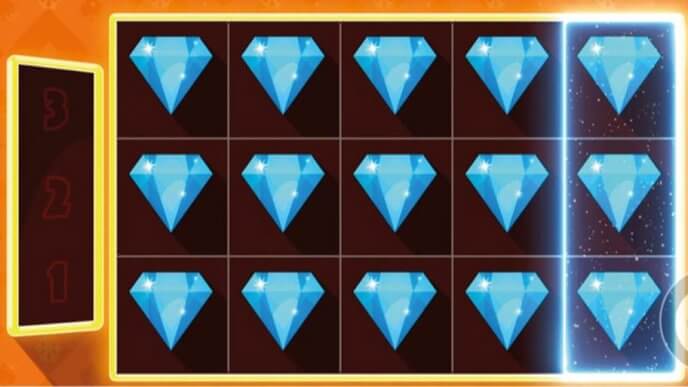 Icy Gems slot from Just For The Win is another game to work on the basis of collecting symbols in order to get superwins. If you’ve already played Reel Talent slot then you probably already know whether you like this idea or not. It can work well as high-value symbols like the Icy Gems Logo has big payouts and you could get some big wins with this in the superspin. But equally, you might get some low-value symbols or just not even get a win. Personally, I’m not a huge fan of this type of gameplay but that’s not to say it’s bad, it’s just not for me. Be sure to give this slot a go if you haven’t already and let people know what you think down in the comments below.