Jackaroo Jack is the latest and greatest from Lightning Box, a company who have shown that they like to offer something a bit more unusual and aren’t afraid to think ‘outside the box’. This game here is no exception with some unique features that work well and create an overall fun and rewarding slot.

When it comes to the design, there’s not a lot going on here. It’s a pretty simple outback theme but I don’t really mind as Lightning Box are a smaller developer than many of the big names like SG and I always think it’s more important to focus on the gameplay instead in such a case. All you need to do is spin the reels and hope for a winning combination from left to right using the following base symbols, ranked in ascending order based on their value: 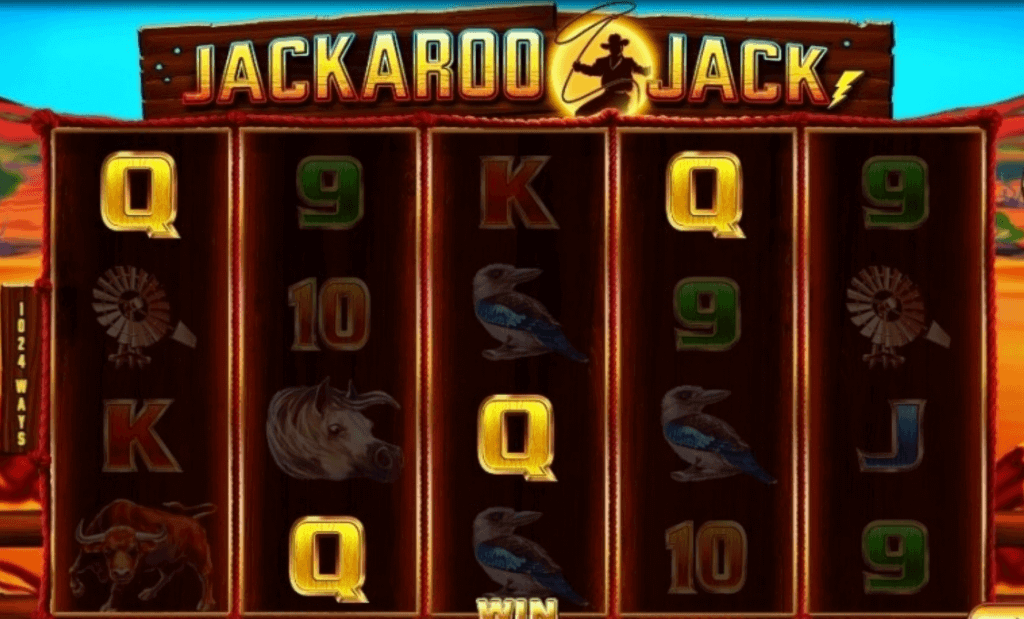 As well as these standard base symbols including the Scatter symbol, you also have a Wild symbol as you might expect. This will substitute for ALL other symbols in the game, including the Scatter symbol. That’s right, unlike almost any other slot out there this one actually substitutes for the Scatter symbol meaning it can help you get the big wins and, most importantly, trigger the Bonus which I’ll come onto shortly. While this might sound like a small thing, I think it’s great to see a developer do this for a change and also I think it makes the symbol significantly more valuable. It’s worth noting that during the Free Spins Bonus, the Wild symbol also has an associated multiplier to it, but I’ll explain more on that when I go into the bonus. They appear only on reels 2 and 4, however.

2nd Chance Respin. To add even more value to the Wild symbol, if it appears on the screen but doesn’t result in a win, any reel with a Wild symbol on it will be held in place and all other reels will respin to hopefully give you a chance of getting a win the second time around.

Free Spins Bonus. This is triggered by 6 or more Scatter symbols appearing anywhere on the reels, but the value of it only pays from left to right. Remember though that the Wild symbol substitutes for this symbol to make it a bit easier to get. Once triggered, Jackaroo Jack slot will present you with 5 different options. Each of these has a different number of free spins and multiplier associated with them, as follows:

Jackaroo Jack slot from Lightning Box is very interesting, and as we’ve come to expect from Lightning Box it includes some features that you don’t normally see elsewhere. For one, there’s the Wild symbol, a very important symbol in this game that plays a big role in all of the bonuses and also substitutes for the Scatter symbol which is very unusual (but I’m definitely not complaining!). The 2nd Chance Respin will hopefully help you get more wins with the Wild symbol, and then in the Free Spins Bonus you can choose what value multiplier to add the Wilds to increase your win. It’s a game that’s different from most others and one that I found very fun to play, as well as being quite rewarding. I think it’s worth checking out, and if you sign up with Casumo here you can take advantage of their sign-up offers.