Jammin’ Jars slot from Push Gaming is another slot to use the popular Cluster feature that so many people enjoy and offers a welcome change from the often repetitive 5×3 or 5×4 layouts we so often see. Not only is the gameplay enjoyable, but the theme here is really fun as well, with incredibly bright colours and tasty, fruity symbols too. It’s not the most graphically impressive but it isn’t trying to be, nor does it need to be, and I think Push Gaming have done a really great job here.

If you haven’t played a slot like Jammin’ Jars slot before, it works in a similar way but rather than getting wins from left to right, you instead need to get clusters which are adjacent symbols either horizontally or vertically. It works well, is quite fun and can be rewarding as large clusters can offer some very good payouts and with new symbols falling in place after a win, you could end up with a good streak of wins.

With all of the above symbols, you need a minimum of 5 to connect either vertically and/or horizontally in order to get a winning combination. 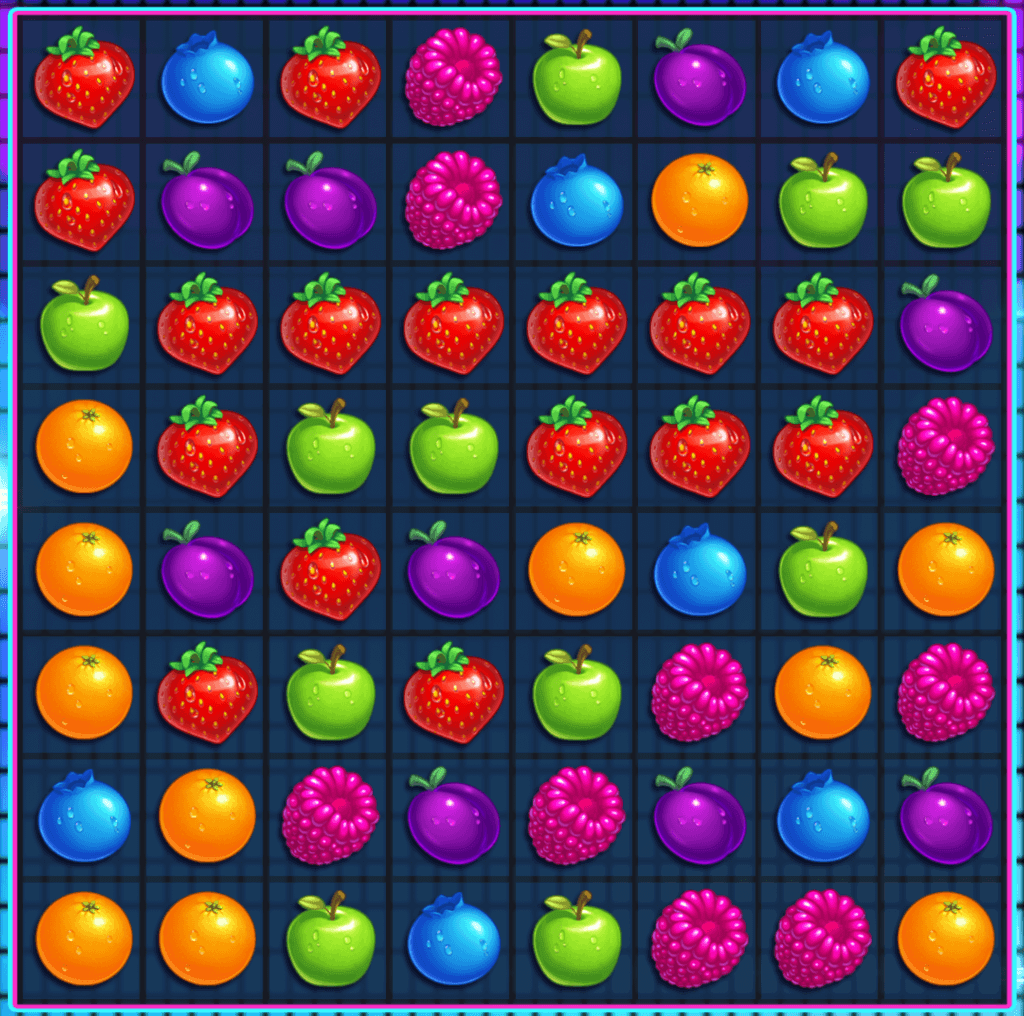 Avalanche Feature. As we’ve seen in numerous slots of this type, when you do get a winning combination the symbols will disappear and new symbols will fall in place in order to fill the empty space.

Jam Jar Symbol. Providing the inspiration for the title of Jammin’ Jars slot, these Jam Jar symbols serve as the Wild symbol of the game, meaning they substitute for all other symbols in a winning combination. Unlike the base symbols though, when part of a winning cluster the Jam Jar symbol will move randomly to an adjacent position rather than disappearing. As well as functioning as a Wild though, it also acts as a multiplier that starts off as 1x, and after being part of a win it increases by 1x up to a maximum of 5x. And lastly, if it hasn’t done enough already, it behaves as a Scatter symbol in the game meaning that if 3 or more of these symbols appear anywhere on the screen, the Free Games Feature will be triggered. The Jam Jar symbols will disappear when no more winning combinations occur.

Free Games Feature. There’s nothing particularly special about this feature, you’ll just be given a random number of free spins to try and earn some more money with.

Rainbow Feature. If a collapse doesn’t trigger another win, the Rainbow Feature could be triggered randomly. A rainbow will appear over the screen to give you some Giant Fruit symbols. These large symbols will turn the position they cover into a single fruit symbol, giving you a much better chance of getting a win, so just hope that you get a high-value symbol like the Orange or Strawberry. 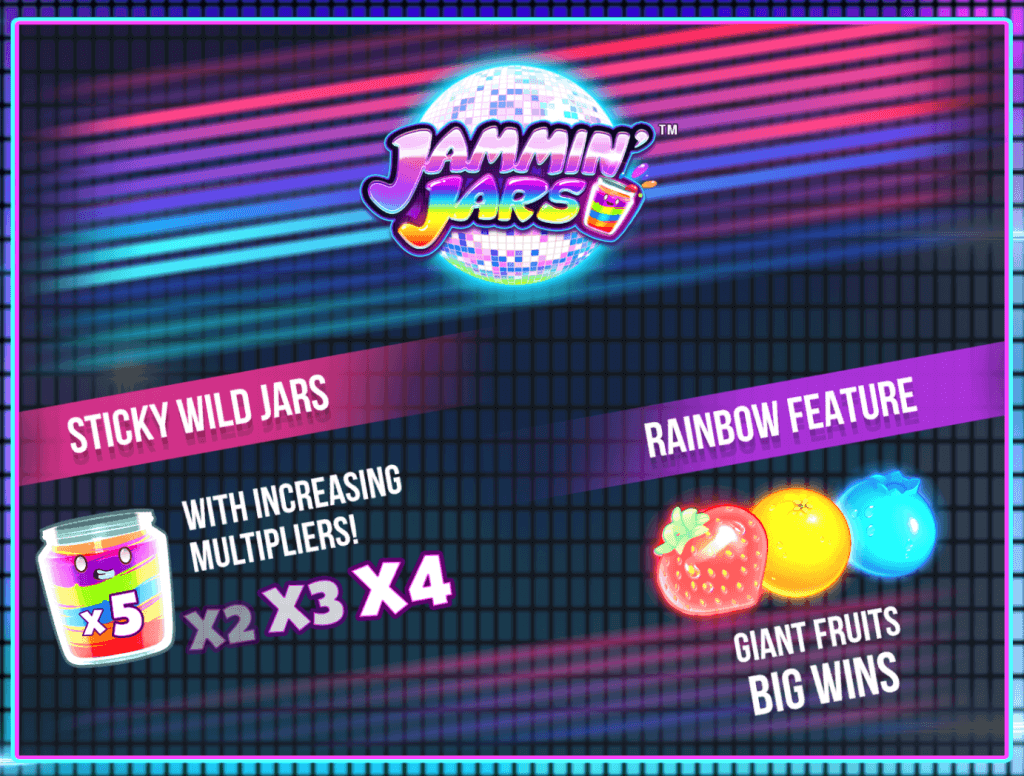 Jammin’ Jars slot is a very colourful and enjoyable slot that resembles the mechanics of other Cluster Play slots that we’ve reviewed such as Berryburst Max slot. Now I’m not saying that’s a bad thing, the Cluster feature is a popular one, largely because it’s a refreshing change from the more tradition 5×3 reel slots that offer the same kind of features and bonuses. That being said, I do think they could do a bit more with it to change things up and make it a bit more rewarding. The Avalanche feature makes sense of course, and I do like how the Jam Jar symbols are a bit different here but they don’t really add anything new. And the Giant symbols are also a common feature in these types of games. It does work well, and this game is no worse than any other Cluster slot that I’ve reviewed, if anything a bit better because I think the theme is really fun, but in all, Jammin’ Jars slot doesn’t really bring anything new to the table.