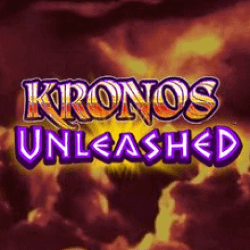 Kronos Unleashed slot is an imposing game brought to you by SG, one of the biggest software developers in the world bringing you games like Anchorman slot. Now they’ve used one of the most powerful beings in Greek mythology to tempt you to play this slot centered around the Titan Kronos. Everything about the look and feel of this game is powerful and shows it means business, which it really does through the bonuses and jackpots on offer meaning you could go home a very wealthy player if you’re lucky.
When it comes to the design, Kronos Unleashed slot certainly looks great, with Kronos standing over the reels, watching you. The graphics as a whole are very impressive and the theme is relatively dark; after all, Kronos wasn’t exactly one of the nice guys. Perhaps the most striking thing about the game though is the unique 5×8 setup with 60 paylines, something you don’t see in many slots. These can even be expanded as I’ll explain later on. The basic aim of the game though is still to get a winning combination from left to right (apart from the Kronos symbols as I’ll mention later) in order to win money or a bonus. These base symbols are listed as follows, ranked in ascending order based on their value:

Kronos is a unique symbol in the way he works. While most symbols pay left to right, he actually pays both ways as well as being the most valuable symbol in the game. Additionally, there is a Wild symbol which substitutes for all symbols apart from the Scatter symbol, portrayed as a golden shield. 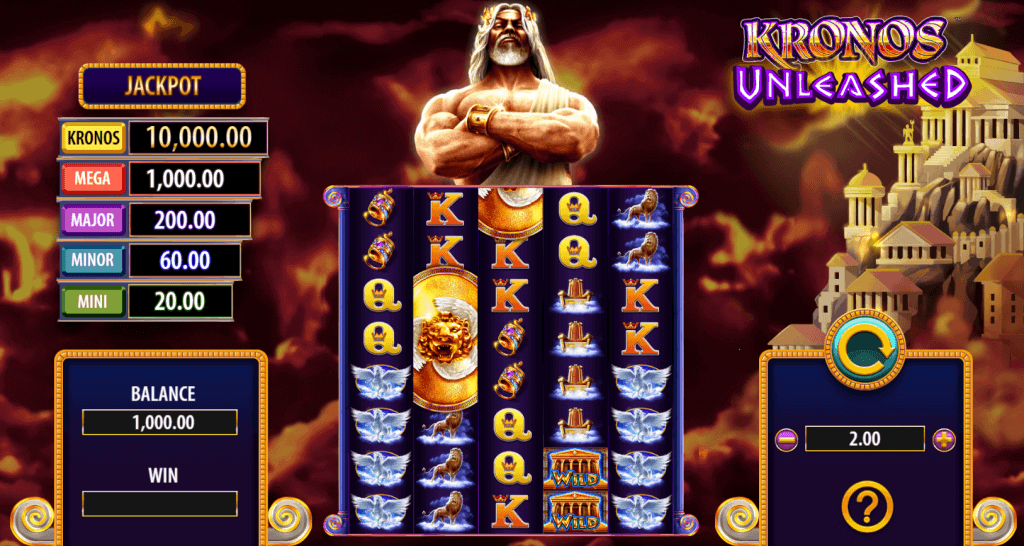 Free Spins Bonus. This is triggered by 3 or more Scatter symbols with the number of free spins awarded being determined by the Boxing Feature. This puts every position into a group starting from the leftmost reel, with each group containing at least 1 reel. Every Scatter symbol is part of a group, and the reels are grouped together if the Scatter symbol fully covers a position on the same row as a Scatter 1 reel to the right. 3, 4 or 5 Scatter symbols will award 1, 2 or 5 free spins for every boxed symbol. This is certainly one of the most complicated free spins bonuses we have ever seen and takes a while to get used to. You don’t really need to understand how it works as of course, you can’t influence it, but I thought it might be useful for you to see.

Lighting Re-Spin Bonus. This is triggered by 6 or more Gold Kronos symbols landing on reel 1. Reel 1 will be completely covered with a Kronos symbol and 3 re-spins will be awarded. You will be awarded a minimum of 4 symbols during the bonus, and all symbols that land during a re-spin will be held there for the during of the bonus. Only Kronos and Power-Up symbols appear on the reels. The Power symbol can land on the screen and transform into 1 of the 4 symbols:

All line pays are evaluated at the end of the Lightning Re-Spin Bonus. 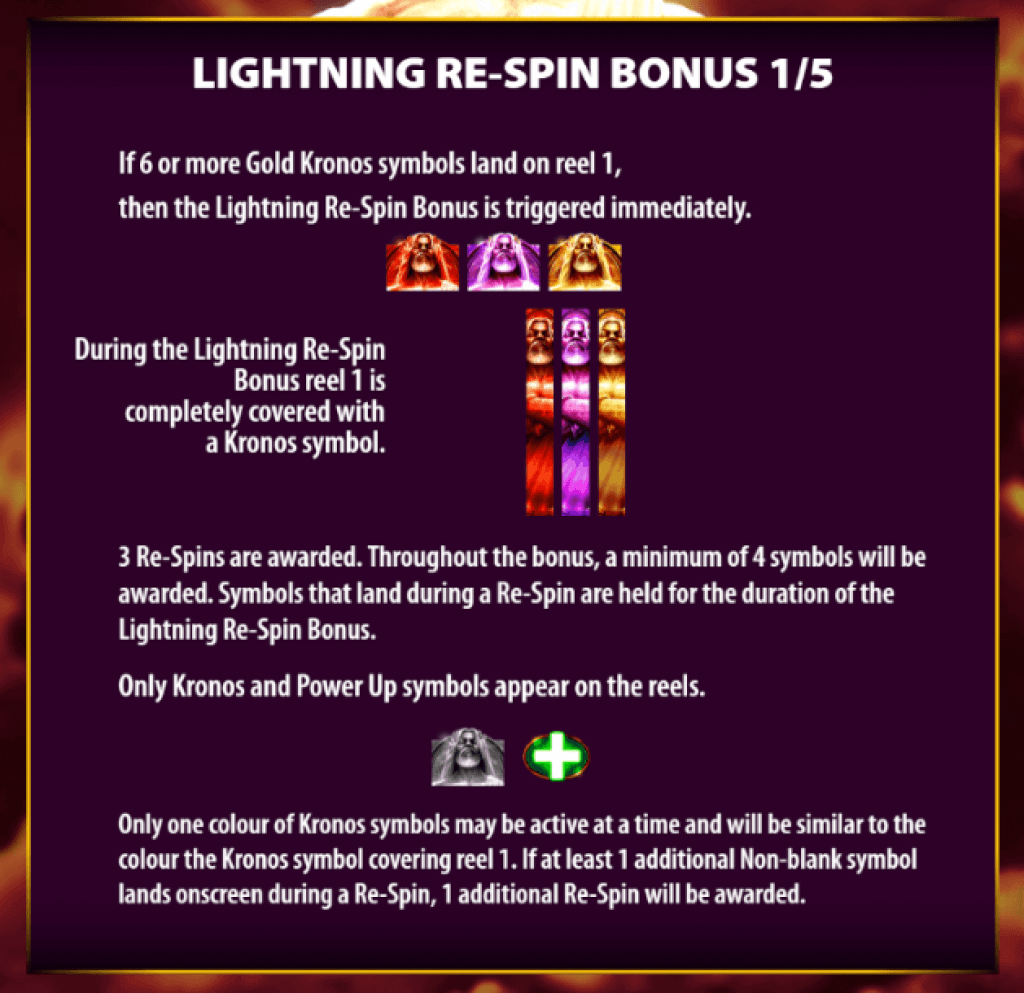 Kronos Unleashed is definitely going to be a big hit among players for its unique gameplay and potential for big rewards. It has a cracking theme, based around a Titan from Greek mythology with an awesome backdrop and an overall feeling that this slot means business. You could win one of the big Jackpots for a huge payout, or some smaller rewards through some of the interesting bonuses that are at first quite complicated but you’ll quickly get the hang of it and it makes the game quite exciting. Overall, SG have done a great job here and this is a slot many are sure to enjoy.