La Bomba slot is a fun and lively slot from NextGen with a traditional South American theme. That being said, the whole concept of the bomb is a bit strange when you think about it, but it certainly reminds you of the classic song ‘La Bamba’ which I guess is the whole point.

Speaking of the looks and feel of this slot, it’s a bit strange. The graphics aren’t bad it’s just the drawings are done in a more unusual way. I’m not really sure how I feel about it, but it’s nice to see something different I suppose. The symbols are laid out on a very common 5×3 grid and you have 25 paylines to work with. For those of you who don’t know, your goal is to land 3 or more base symbols along these paylines from left to right by spinning the reels. They each have different values and will payout different depending on your bet and how many form a win. I’ve listed them as follows, ranked in ascending order based on their value: 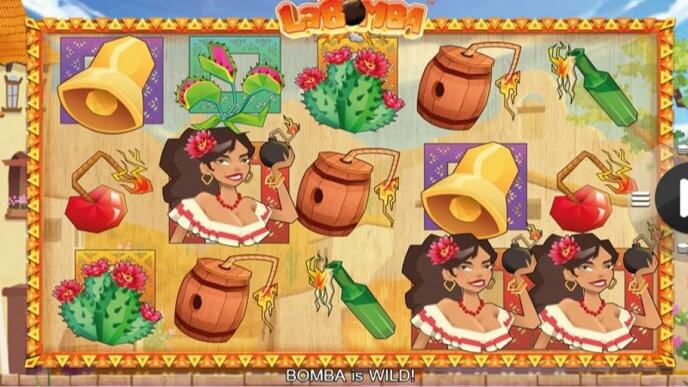 These are the base symbols as they pay in a winning combination of 3 or more (up to 5), but they aren’t the only symbols in the game. La Bomba slot has a Scatter symbol of sorts as well, shown as a bomb about to go off. It pays for any 3 that appear on the screen (although not too much) and also serves as a Wild symbol. This means that it will substitute for all other symbols in a winning combination, helping you to get more wins, hopefully with high value symbols like the Bell or Woman. It only appears on reels 2, 3 and 4 though so bare that in mind. 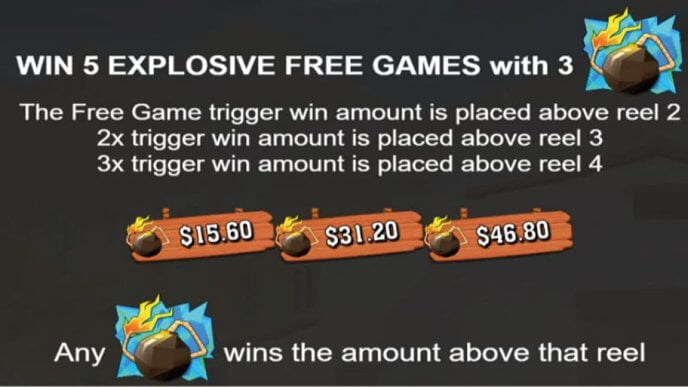 And that’s about all there is to say about this game from NextGen. At this point you may be wondering if La Bomba slot is worth it with only the one feature (something we’re seeing more of lately like with the recently reviewed Wild Warriors slot) and I would say that entirely depends on the player. If you’re like me, you might prefer a lot of different features like multipliers, extra Wilds, Jackpots and so on. But that doesn’t mean a slot like this can’t be profitable which is ultimately the end goal. In fact, you can win a very generous 7,945x your bet during the Free Spins Bonus with a good win trigger and 1,135x on a base game spin which isn’t bad either. The design is pretty fun too keeping things entertaining and I have to give it points for being original in how it offers you extra rewards through the Bonus. With all that in mind, I think a lot of people will have fun playing La Bomba and could win a sizable amount, just bare in mind that it’s fairly high variance so smaller wins won’t come about so often. Be sure to leave a comment below and let us know what you think or what we should review next.