Lightning Strike Megaways slot from Quickspin provides a few features including ways to gamble your winnings to earn mega spins or better payouts when you win 5x your stake or more. I’ll get into more detail on all the features later though, for now let’s start with the simpler stuff.

Firstly, there’s the design. This is another game to use the theme of Thor and the other Gods like Odin and Loki. I think they’ve done a decent job in terms of design and animations, but it certainly doesn’t stand out from the others. In fact, it’s very similar to many other slots like this and I think that’s a bit of a shame. What we have then is a 6 reels slot that uses Megaways, providing up to 15,625 ways to win. We’ve certainly seen more, but it’s not a bad number either. It’s a medium variance slot, and all you need to do to get going is spin the reels and try to get a winning combination from left to right using the base symbols. These are as follows, ranked in ascending order based on their value:

These are the base symbols which provide cash rewards when in a combination of 3, 4, 5 or 6. However, there are a couple of other symbols in the game you should be aware of as they can help you get some extra wins. The first of these is Thor’s Hammer, the Wild symbol, which substitutes for all other symbols in a winning combination. The second is Yggdrasil, no not the software developer but the tree. When all of these are in view a random symbol will be revealed. 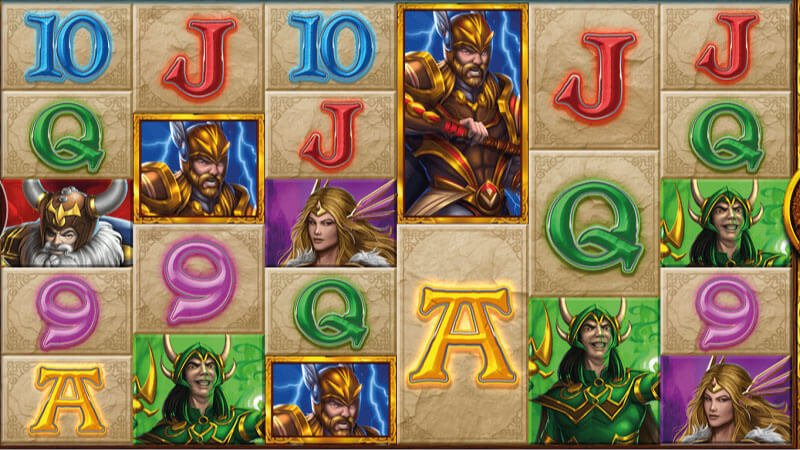 Lightning Strike. This is a Bonus which is triggered by 4 Wild symbols coming into view at the same time on reels 2, 3, 4 and 5. When this happens, the symbol will appear and turn the reels on which is appears completely Wild. That’s not too bad on its own, but in addition to this a multiplier will be awarded which can increase to make payouts even juicier. If any more Wild symbols land then you’ll trigger the Lightning Strike Respin Feature whereby respins will be awarded and the multiplier will also increase.

Mega Spins Feature. Whenever you win at least 5x your stake, this feature will be triggered and you’ll be shown a pie symbol which you can spin and gamble with in order to increase your rewards. You can win either Mega Spins, of which there are 25 to be won, or a better cash payout. The Mega Spins are exactly what they sound like, improved spins with Wild multipliers, expanding Wilds and more. 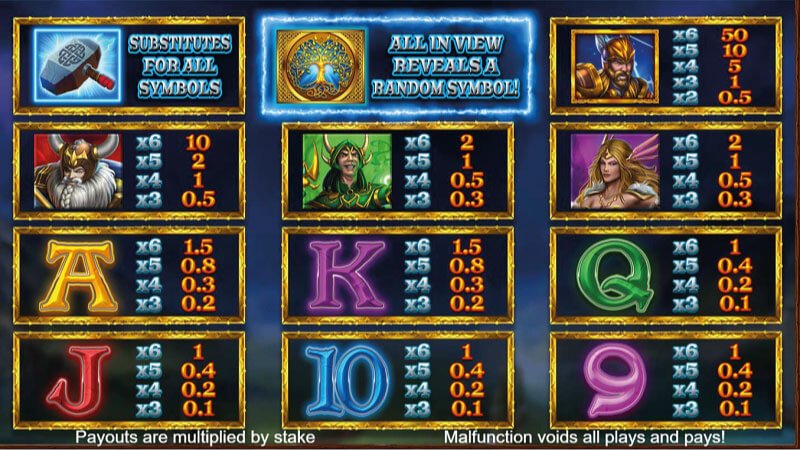 Lightning Strike Megaways slot is another game to use the theme of Thor and the Nordic Gods which isn’t a bad thing but I’ll be honest, it gets my hopes up for an exciting and rewarding game. I don’t know why, but that’s what I expect, maybe thanks to older slots like Thunderstruck II slot. In any case, for me this slot just didn’t do it for me. While there are a few features, they just seem a little flat and not very engaging, making the slot rather boring after a while. I do quite like the Mega Spins Feature though which can provide some pretty good rewards, although this is the type of feature that some won’t really enjoy. All in all, I would have liked to have seen a bit more from Quickspin here. It’s probably worth a shot for some but the majority of you could definitely find better elsewhere.

A Decent But Fairly Average Slot