Magic Oak slot comes from Habanero, a growing software developer looking to make a statement. On the surface things look quite impressive. I like the theme, it’s necessarily original but it’s calming and fun with some great characters. The graphics could be a little better mind. There are 4 reels with 4 rows here which is a little unusual, and there are no paylines either. Instead, wins form groups and that is how you’ll get your payouts. Just keep an eye on the base symbols which I’ve listed as follows, ranked in ascending order based on their value:

The Wild symbol in Magic Oak slot is significantly more valuable than any other symbol so it’s definitely worth looking out for. If does, of course, substitute for all of the above symbols in a win as well. 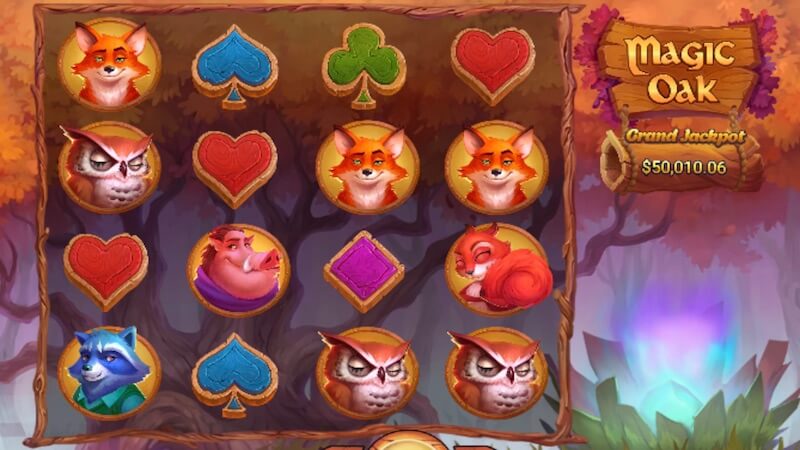 Cluster Pays. This is a Cluster Pays slot, meaning that instead of paylines, wins are paid out when you have an adjacent group of 4 or more of them.

Wisps Feature. The Wisps, shown as small glowing circles of yellow or blue colour, can appear on any spin, but only a maximum of 1 of each type can appear. These wisps are collected, with a maximum of 4 yellow wisps available to collect, and only 2 blue ones. They will be released if all 6 are collected, but they can be released on any spin also. The blue ones are released first, followed by the yellow ones. So what exactly do they do? When released, the blue wisps will replace all symbols of the same type with a Wild symbol. The yellow wisps will replace a single symbol with the Wild symbol. If any wisp is unable to replace a symbol, it will remain collected.

Free Spins Bonus. Magic Oak slot does feature Scatter symbols, although they don’t pay out anything themselves. You need at least 4 of these to trigger the Free Spins Bonus anywhere on the screen at the same time. Each symbol will then reveal 2, 3, or 4 free spins each. Rather disappointingly, there’s nothing else to this Bonus. You just get some free spins. Not only that, but you can’t retrigger it as the Scatter symbol doesn’t appear in the Bonus.

Jackpot. This game does feature a progressive jackpot which you can win at the end of any game, with the win from the jackpot being added to all other wins. 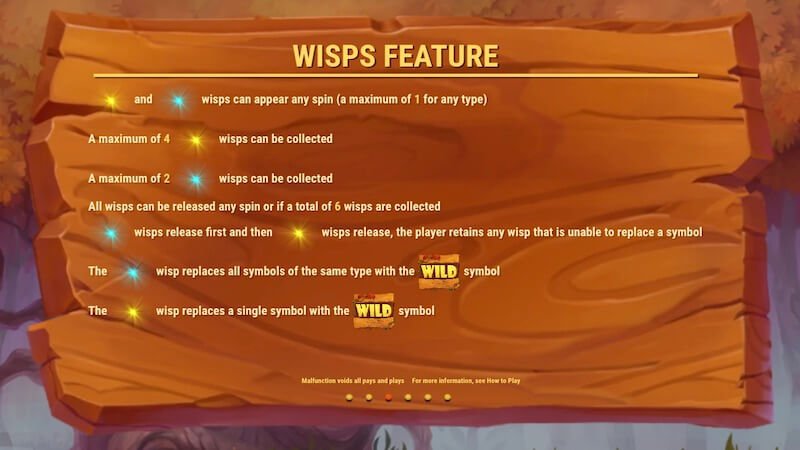 Magic Oak slot from Habanero is an interesting one because it has a lot of potential but it feels like they just stopped halfway through and didn’t finish the game. There are a few features here. The Wisp Feature isn’t bad and is quite original so no complaints there. The Free Spins Bonus, however, is very disappointing because it’s one of the very few slots I’ve reviewed that offers only free spins, and not too many of them either. Nor can you retrigger them. The jackpot could also be a bit better, having a few different levels to it would certainly be nice. All in all, it’s just a bit disappointing and the game just isn’t very fun or rewarding. I can’t really recommend it because of this, but you might want to check out some of their other slots here. 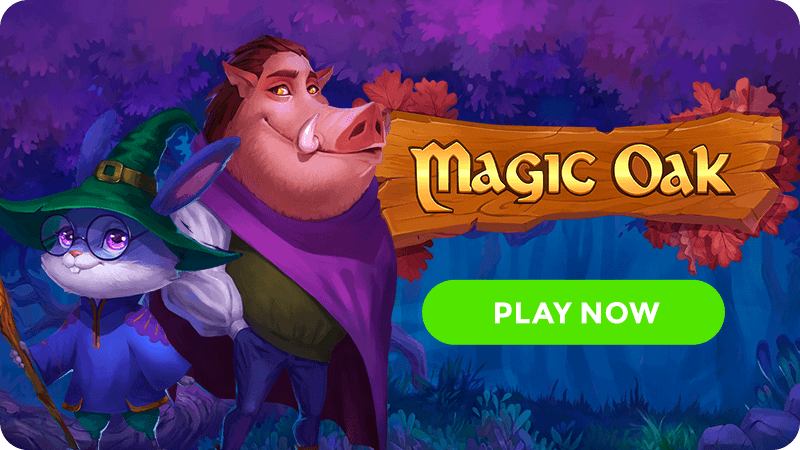 Some Nice Ideas But Poor Execution