Magic Of Pandora slot from 2By2 Gaming is a new offering which gives players some extra control as to how things play out and what features they can have. I’ll go into more detail on this later though; for now let’s focus on some of the basics.

The design here is, unfortunately, not the best we’ve ever seen. It’s bright and colourful, but the graphics aren’t great and it doesn’t really stand out. The theme of Greek Gods is quite popular, but it can work well as you know. You have 5 reels here with 25 paylines, although this can be increased as we’ll see. You need to get a winning combination from left to right along one of these to get a win. You do this using the base symbols, ranked as follows in ascending order based on their value:

There are 2 other symbols in Magic of Pandora slot. The first of these is the Wild symbol, shown as the game logo. It can appear on reels 2, 3, 4 and 5 only, substituting for all other symbols in a winning combination apart from the Scatter symbol. The Scatter symbol, also known as the Bonus symbol, is only available during the base game and is used to trigger the main Bonus, as well as provide some payouts with 3 or more of them. 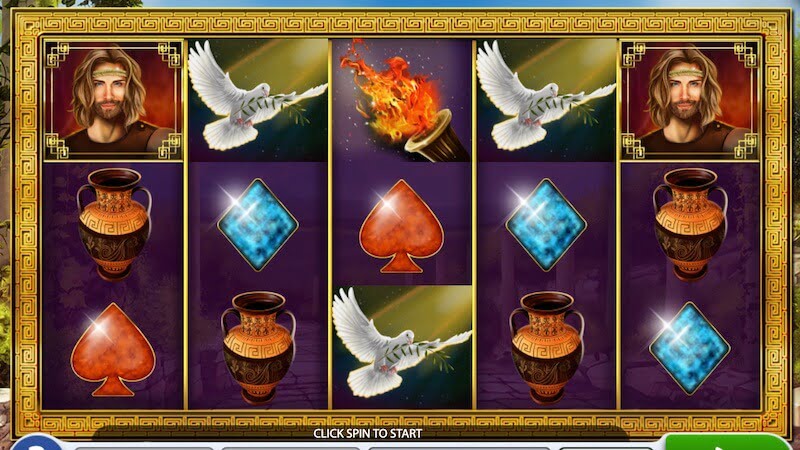 Base Game Features. There are quite a few features in this slot, and some of them are available during the base game. They’re triggered when Pandora’s Box randomly appears on top of the reels, awarding one of the following:

Mystery Feature. This is a rather basic and common feature whereby mystery symbols can appear on the reels and they will all turn into the same symbol apart from the Wild or Scatter symbol, hopefully giving you a win.

Free Spins Bonus. This is triggered, like so many slots, by 3, 4 or 5 Scatter symbols appearing anywhere on the reels. This will give you 8, 12 or 16 free spins, respectively. You can then choose one of the following:

Whichever you choose, you can win more free spins by landing Pandora’s Box and winning another 4 free spins. 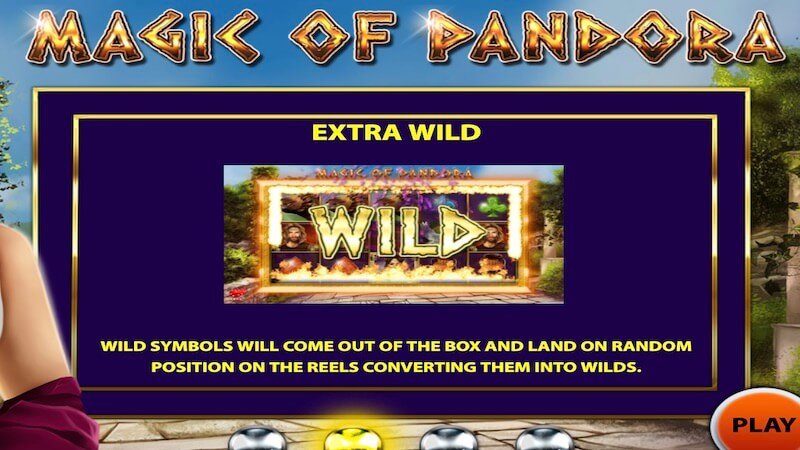 Magic Of Pandora slot from 2By2 Gaming initially seemed quite poor. The graphics are far from exceptional, and it just appeared very basic. However, there’s actually quite a lot to this game and best of all it gives you, the player, some decisions to make and decide how it plays out. It does this by allowing you to choose which features to activate during the Free Spins Bonus, if you want, or you can choose to let the game decide for you randomly. I think most people will choose themselves, I personally prefer the Wild reels although you won’t always get 2 of these on each spin so there’s a bit more of a gamble involved with that. The base game features themselves are quite good actually, and I like how the theme ties in well with them. It’s actually a pretty fun slow with some decent rewards and a good range of features. I think many will find it appealing, it’s just a shame it doesn’t look very good but this is a smaller company so that’s understandable. Be sure to check it out and the link below, and view some of their other slots here. 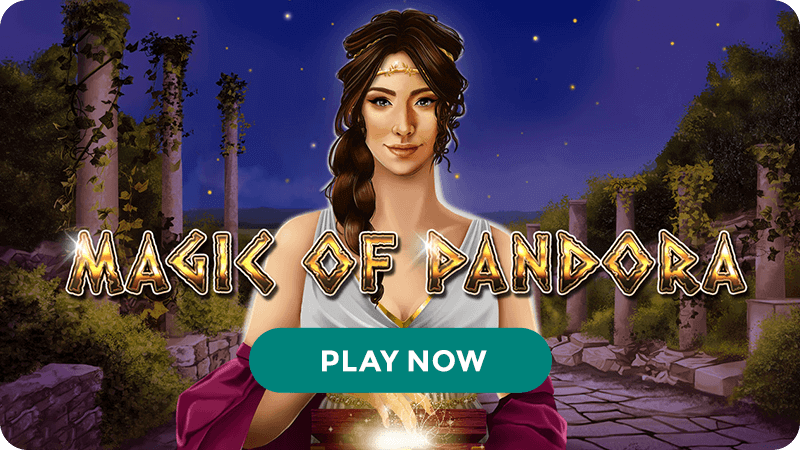 A Fun Slot With Choices To Make