Mayan Magic Wildfire slot from NoLimitCity is a bit different, mainly due to the Free Spins Bonus but also because it focuses almost entirely on the Wilds symbols during the base game also. If you’re interested in playing something a bit more unusual, then keep reading.

Mayan Magic Wildfire slot is a fairly basic-looking game with a very overused Mayan theme. Nothing about it really stands out and to be honest you could easily mistake it for about 1,000 other slots. Some of you might think I’m being a bit harsh here, but it just shows a lack of originality in my opinion. You have 5 reels with 3 rows giving you a total of 10 paylines. You need to get a winning combination from left to right using the base symbols in order to get a win. These symbols are as follows, ranked in ascending order based on their value: 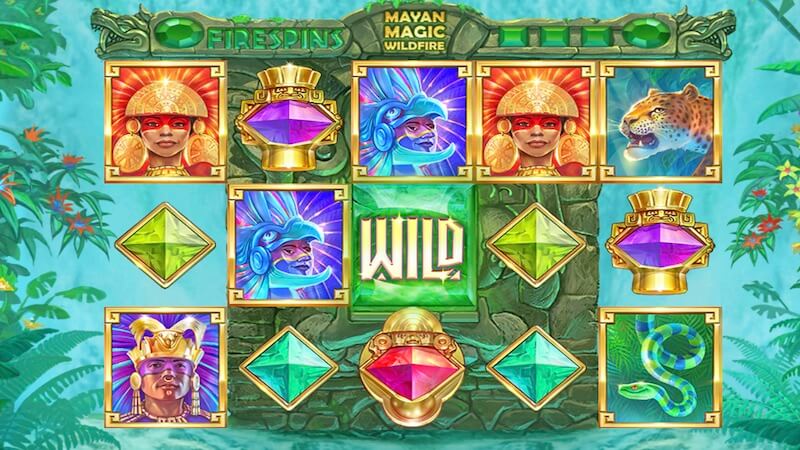 Mystery Wilds. This is a randomly triggered feature, whereby the center position is turned into a Wild symbol, and any other of that same symbol on the middle 3 reels will also turn into Wilds. This will activate the Mayan Wilds feature.

Mystery Sync. This is another randomly triggered feature where the symbols on the middle 3 reels will all synchronize, essentially creating a huge symbol in the middle of the reels.

Mayan Wilds. As you’d expect from a slot with Wild in the title, Wilds are quite an important feature in the game. This feature is activated by landing a Wild symbol, which substitutes for all other symbols in a winning combination, one the middle 3 reels. The middle position of the middle reel will turn into a sticky Wild which means it stays there for the entire feature. All other Wilds symbols that lands during the feature will stick, but only for the next spin, however they do also award you with an additional free spin. For every 3rd Wild symbol that you land, not only do you get a free spin but your multiplier increases, applied to all wins. 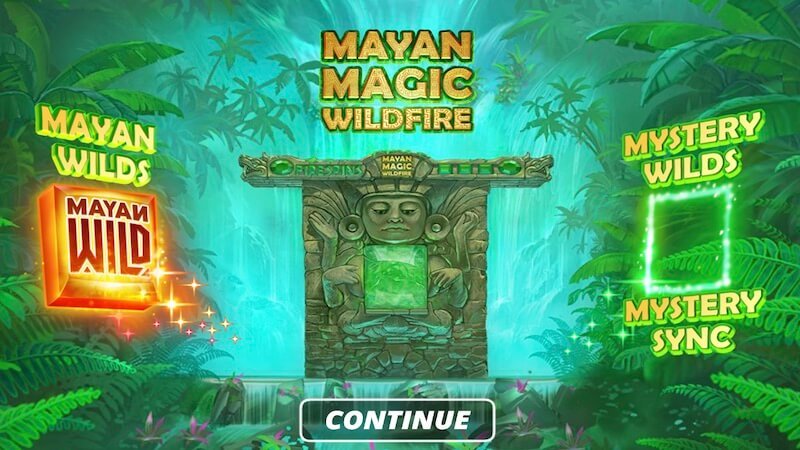 Mayan Magic Wildfire slot from NoLimitCity has a few good aspects about it, and some negatives. For a start, it’s different which is usually a good thing and in this case I think it is. It does have a Free Spins Bonus, but it’s a bit different and not triggered in the same way as most others. It can provide quite a few Wilds, and some multipliers, but it’s a shame that these only increase after every 3 Wilds that appear as they don’t tend to get big enough for massive wins. The base game features are quite nice and also help you to trigger the main Bonus, but unfortunately all of the Wilds or synchronized symbols are focused on the center reels which means they might still give you nothing. I think NoLimitCity could have been more generous with the multipliers in this slot, or offered Wilds on all reels, but it’s not too bad and you might find it fun to play for a while. You can also check out some of their other slots here. 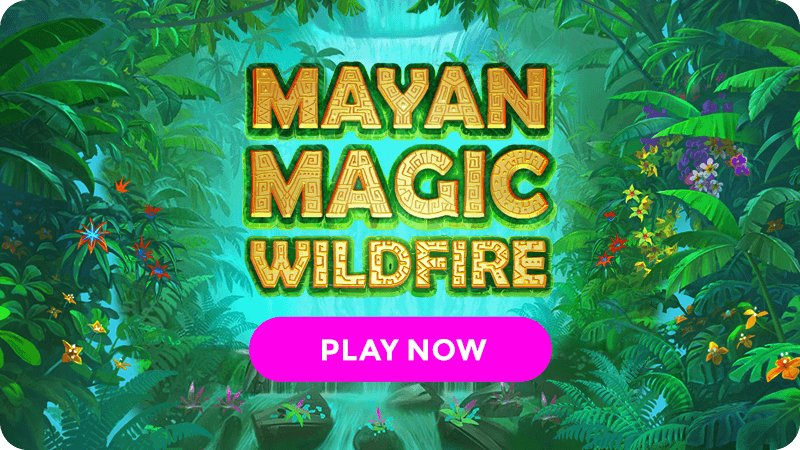