Mayana slot from Quickspin is an unusual game because it lacks some very common features that almost all other slots have. There’s no main Bonus and there’s no Wild symbol, so that’s something you’ll have to get used to. That’s not to say it’s a bad slot though, so keep reading to find out more.

If we take a look at the design, it’s quite a basic one but also pretty unusual and based on Mayans. You’ll notice that there are only 9 symbols on the screen as assessed to the more standard 5×3 set of reels offering 15 symbols or so. Don’t worry, as I’ll discuss shortly this can and will change, and offer some benefits for doing so too. The basics to remember for now though are that you need to spin the reels to get a winning combination based on the betways available. The base symbols are as follows, ranked in ascending order based on their value: 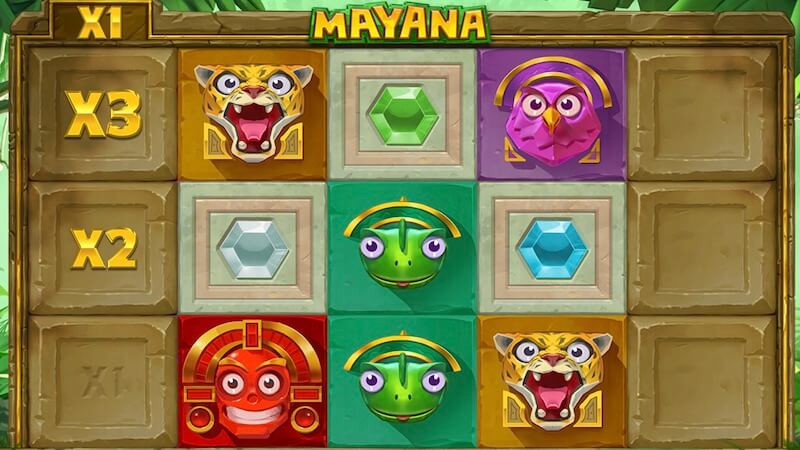 As I mentioned, there isn’t actually a Wild symbol in Mayana slot, which is something you very rarely seen. In fact, there are no other symbols in the game at all, not even a Scatter symbol, so just bare that in mind. Remember, this isn’t a typical slot and plays quite differently to others.

Expanding Respins. When you get a win in this game, the winning symbols will lock in place and you’ll be awarded with some respins. The reel grid will expand during this feature, and all wins that you gain during it will be multiplied by a multiplier of 1x, 2x or 3x.

Mucha Mayana Feature. This is the more enticing feature of the game if you will and is where the big money will come from. The win multiplier that I mentioned in the Expanding Respins feature can increase up to 4x anywhere to 20x on the last spin of the feature if the reel grid has been fully expanded. The initial spin has just 27 ways to win and is played on a 3×3 grid, whereas the first respin is played with 2 extra positions but the same number of ways. The second respin is played with another 2 positions and increases the number of ways to win up to 108, with all wins multiplied by 2x. The third respin is played on the largest grid of 5×3 and has 243 ways to win, with all wins multiplied by 3x. 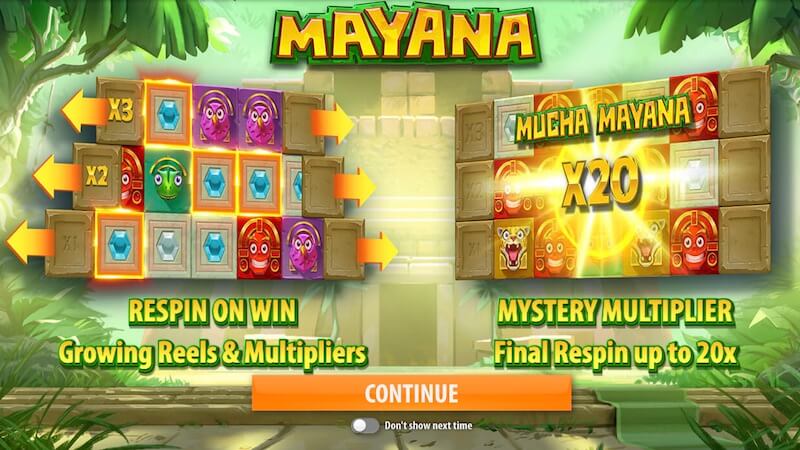 Mayana slot from Quickspin is a simple one because it doesn’t have a main Bonus triggered by Scatter symbols like so many other slots do. Instead, it really just has the one feature which can evolve to grant you some bigger wins. This works by offering you respins with an increasing number of ways to win and multipliers. It’s true that this limits the potential for massive wins as with so many slots today, but this isn’t a super high variance slot remember. Instead, features are triggered very regularly and if you have a small bankroll a slot like this is perfect. I do think they could have included a Wild symbol and perhaps another simple feature to go with it to make the game a bit more interesting, but it’s not bad and if you’re not a big fan of Bonuses it could be a good choice. Check it out at the link below and see some of more Quickspin’s slots here. 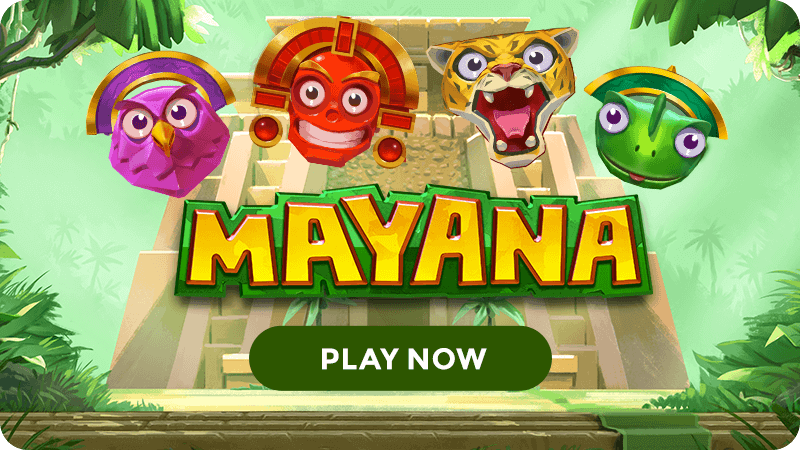 An Unusual Slot With No Free Spins Or Wilds