Mega Dragon slot from Red Tiger Gaming has a few interesting features including Mega symbols, extra Wilds and cluster pays, but it lacks any free spins. This might sounds unusual and may put some of you off, but it doesn’t make it a bad slot and I recommend reading on to find out more.

Mega Dragon slot has a fairly basic Chinese design that’s neither here nor there. The graphics are decent and there’s nothing wrong with it, but it doesn’t stand out. Ir number of reels does though, with 8 of them in total and 6 rows. That’s because wins are paid out in clusters rather than paylines, as I’ll explain in more detail shortly. The base symbols to look out for are as follows, ranked in ascending order based on their value:

Mega Dragon slot also has a Wild symbol which will substitute for all other symbols in a winning combination. 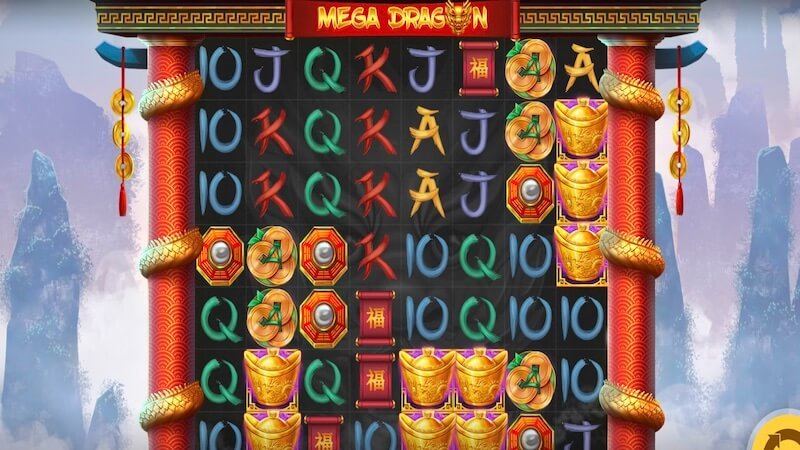 Cluster Pays. You’ve probably played a slot that pays with clusters, but if not it’s pretty simple. Rather than using the more traditional paylines or ways to wins which are quite similar, clusters pay out when symbols are grouped together. A cluster counts when a symbols is horizontally or vertically adjacent. You need at least 5 symbols to form a winning cluster, with more symbols increasing the payout. Furthermore, after a cluster pays out, the symbols that formed it will disappear and new ones will fall in, all within the same spin, the hopefully give you more payouts. This will continue until no more wins are available and the next spin will commence.

Golden Dragon. This is a fairly simple feature which is triggered when 2 or more Wild symbols land adjacent to each other. When this happens, a Golden Dragon will appear and turn randomly selected symbols into Wilds, hopefully giving you some extra wins.

Green Dragon. This might not sounds as impressive as a Golden Dragon, but actually it’s not a bad feature. This is triggered in exactly the same way, adjacent Wild symbols. But the Green Dragon will appear this time and clone a random number of symbols into the same type of symbol. Most importantly, the cloned symbols are high value ones to improve wins.

Red Dragon. This feature is also triggered in the same way, but when the Red Dragon appears it choose a random high value symbol and expands it into a Mega Tile, a large symbol which can create some good wins. As only high value symbols are chosen, this feature can be pretty impressive. 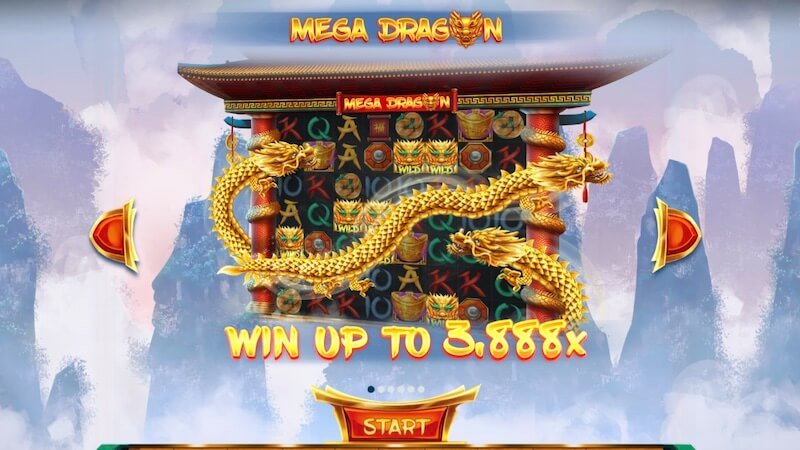 Mega Dragon slot from Red Tiger Gaming is quite special because unlike the vast majority of other slots, this one doesn’t have any free spins. That’s right, no free spins and no Bonus triggered by Scatter symbols. Some of you may think that sounds terrible, but it’s actually quite refreshing and means you don’t have to wait what can seem like a lifetime just to get a decent Bonus. The features can all pay out fairly well, and there’s potential for over 3,000x your stake to be won on a single spin. I think it’s an interesting slot that’s quite a nice change from the norm, but I don’t think it’s going to be too popular as there’s no big Bonus to play for. Be sure to try it out and see what you think, and you can also check out some of Red Tiger Gaming’s other slots here. 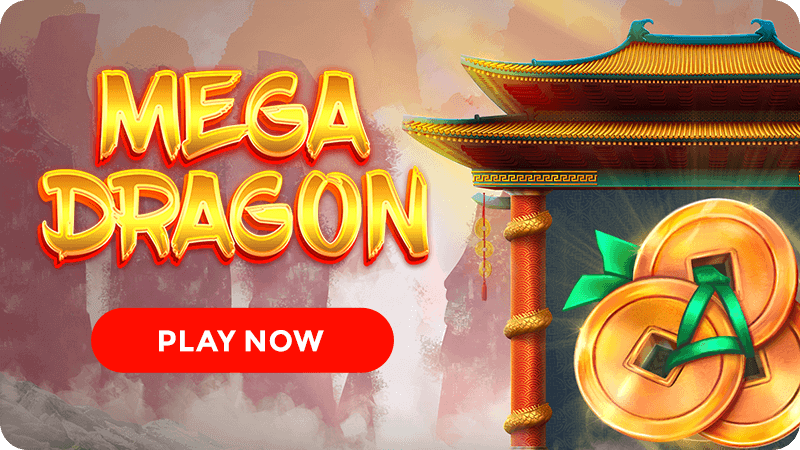 An Unusual Slot With No Free Spins But Good Features