Blueprint have come up with a new game called Mighty Griffin Megaways slot and it’s all about those multipliers that can be had from the free spins. This is something Blueprint have become well known for and they do it very well, so what does this slot offer to make it stand out from the rest?

First, let’s start with the design. It’s quite colourful with nice graphics and a decent theme. I like the gold around the edges of the reels, and while it’s not as spectacular as some I’ve seen, I think it’s pretty good overall. There are 6 reels in total, with the top row only have 4 columns. You can get up to 117,649 ways to win on a single spin. To get a win, you need to get a winning combination from left to right using the base symbols. These are as follows, ranked in ascending order based on their value:

There’s a wild symbol too, shown as a golden book, which substitutes for all other symbols in a winning combination apart from the scatter symbol. 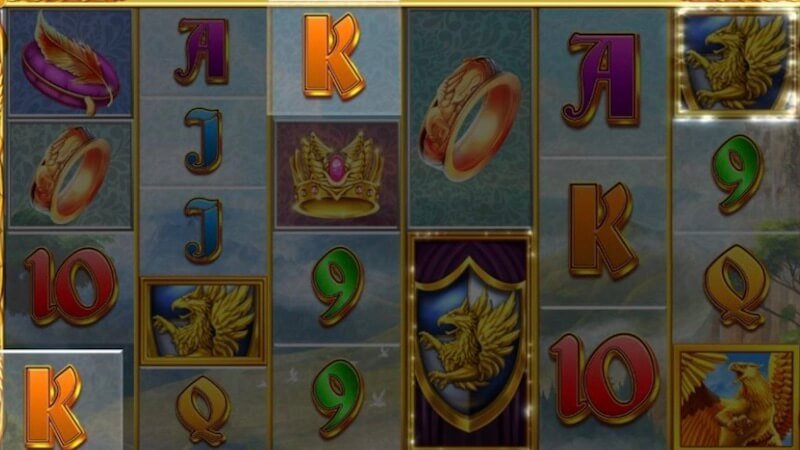 Mystery Symbols. Mystery symbols are available in this game as well, as you might expect from a Blueprint slot. They are shown as blue orbs, and when they appear on the reels, all instances of them will turn into the same, randomly chosen symbol, apart from the scatter symbol.

Free Spins Bonus. This is the reason you’ll likely be playing this slot as it’s how you get the big wins. It’s triggered by landing 3 or more scatter symbols, and the number of free spins can be gambled to try and get more. While the free spins are in play, each reaction will increase your multiplier by 1x, starting at 1x. Getting some nice early reactions can lead to some big wins towards the end.

Jackpot King. You’ve probably seen this before if you’ve played a Blueprint slot, but it’s a way to get some big, instant jackpot wins. If it triggers, you need to spin the reels to collect crowns. If you enter the wheel king, you have a chance to win a large progressive pot. 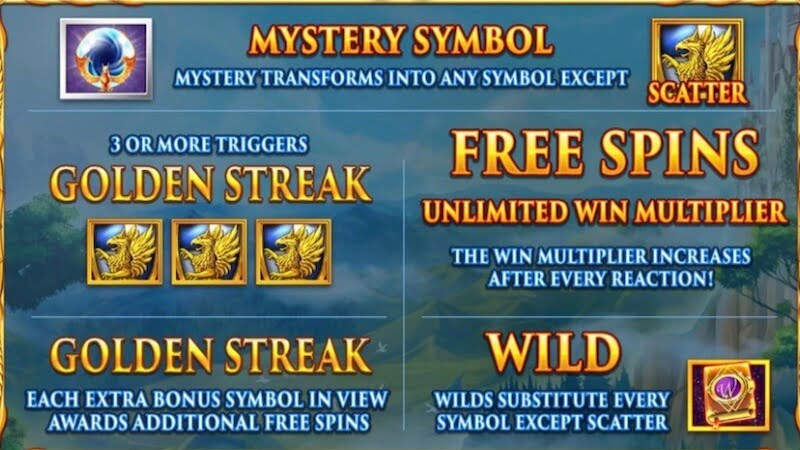 If Mighty Griffin Megaways slot seems familiar, that’s probably because it’s almost identical to some of Blueprint’s other titles like Wolf Legend Megaways. Obviously, the theme is a bit different here, and actually I quite like it, but the gameplay is essentially the same. It’s all about the free spins bonus and the big multipliers that can be had from it with each reaction. This slot does also offer the Jackpot King feature which allows you to get a nice progressive pot if you’re lucky, but other than that it’s more or less identical. I think for that reason I can’t rate this slot too highly, even though I am a fan of the mechanics, just because I can’t see much of a reason to play this one over some of the others which are basically the same. Still, if you like slots like Wolf Legend and just want something that looks different, this slot is for you. 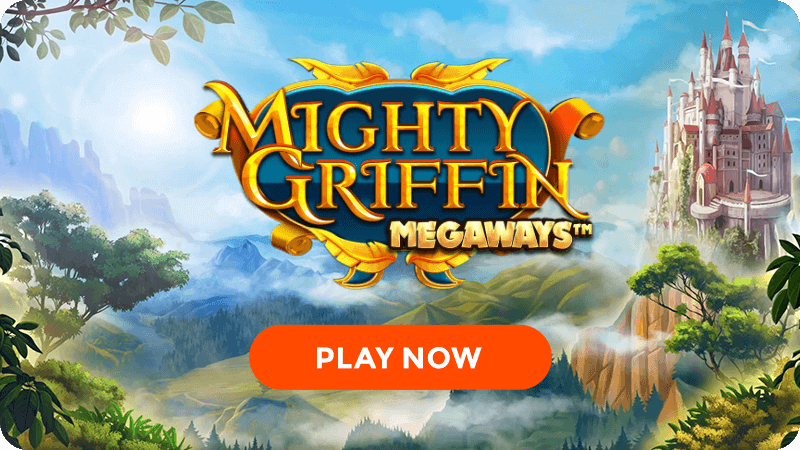 A Good Slot That's Quite Familiar