Mystery Spin Deluxe Megaways slot from Blueprint is a new game with a simple goal based on one, or rather 2, of the features. I won’t go into to much detail just yet as I’d like to cover the basics first, but just know that some big wins are available here.

When it comes to the design, it’s another vibrant yet simple looking games with colours that reel pop set on a dark background, giving a retro kind of feel. I like it, although you could argue it’s not very original and slots with extra detail are always appreciated. There are 6 reels here instead of the usual 5, and 5 rows, offering up to 117,649 ways to win thanks to the Megaways. The main idea is to get a winning combination from left to right using the base symbols. These are as follows, ranked in ascending order based on their value:

There are 2 other symbols in Mystery Spin Deluxe slot you should know about. The first of these is the Wild symbol which will substitute for all other symbols in a winning combination apart from the Mystery symbol. The Mystery symbol is one you’ve probably come across before, and when it appears, all instances of it will transform into the same symbol, whatever that may be, before payouts are made. 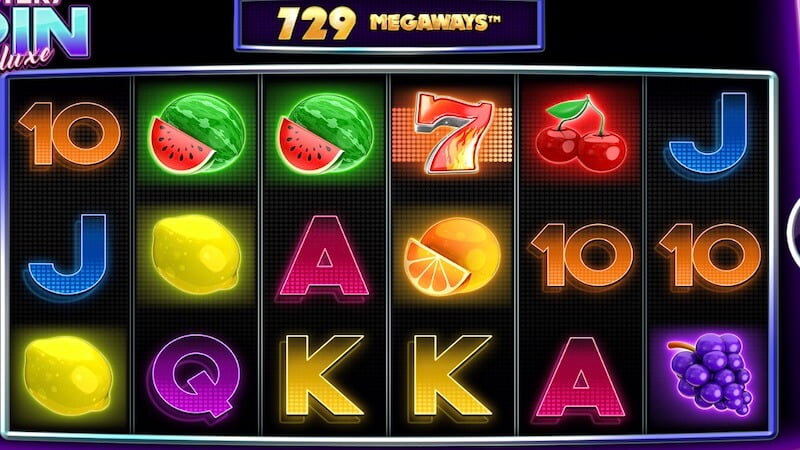 In Sync Feature. Probably not named after the pop group, this feature can cause up to 6 reels to spin in sync, meaning all symbols that those reels will be identical.

Mystery Spin Feature. This is the more interesting feature of the game whereby only Mystery Symbols will appear on the synced reels. Essentially, all symbols on up to 6 reels can be identical, giving you a chance to get some big wins with the high-value symbols, especially the Red Seven of course. 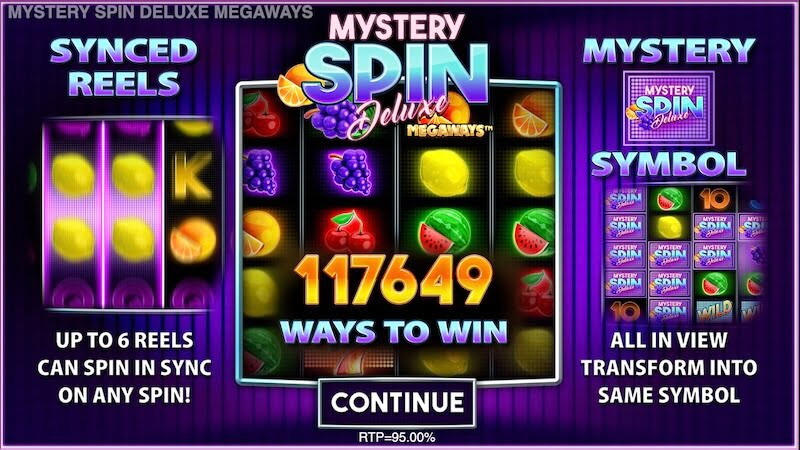 Mystery Spin Deluxe Megaways slot from Blueprint is a simple game with an interesting feature that gives you potential for some very big wins on a single spin. This incorporates the in sync feature and the mystery spin feature to turn up to all of the symbols in the game into the same symbol, even the highest value symbol in the slot. It’s a fairly high variance slot and these features are basically all you’ll play for as there’s no Free Spins Bonus or any other kind of feature. I do feel like that’s a bit of a shame, mainly because it helps to keep the game more interesting for longer periods of time, but actually I think this is a fairly fun game anyway and probably worth checking out. It’s original, good to look at and has potential for some nice win. You can check it out using the link below to take advantage of some bonuses, and you can also find some of Blueprint’s other slots here. 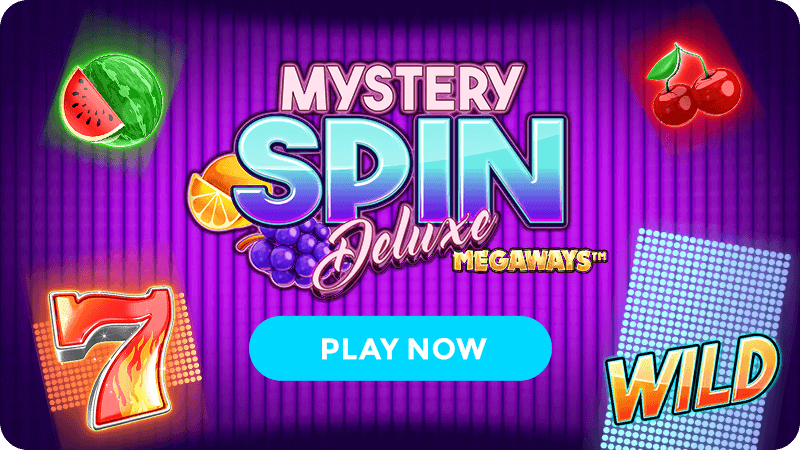