Nitropolis slot from Elk Studios is their latest game and it includes their latest mechanic, Nitro Reels. These are essentially a competitor to Megaways and offering a truly massive number of ways to win which can be exciting, but keep reading to find out just how good it is in practice.

Starting with the basics, you have a standard set of reels offering 4,096 ways to win. You just need to get a winning combination from left to right using the base symbols. These are as follows, ranked in ascending order based on their value:

In addition to these base symbols, there’s a wild symbol shown as a massive explosion. It substitutes for all other symbols in a winning combination apart from the bonus symbol. 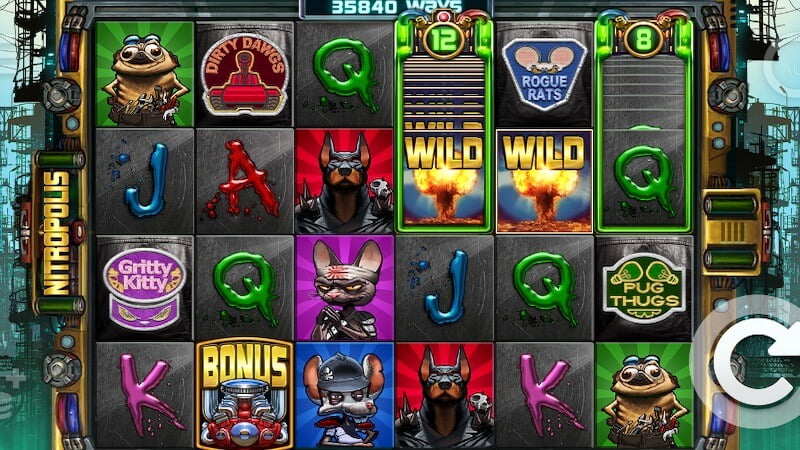 Nitro Reels. This is a trademark feature from Elk Studios and they are special symbols which cover 2 positions when they appear. On top you will see a number up to 12, and this tells you how many symbols are in the nitro reel. With this, it’s possible to get up to a staggering 85,155,840 ways to win. Yes, that is over 85 million! Furthermore, they can also randomly upgrade the number of symbols in them between spins.

Winning Respins. All symbols and nitro reels that are part of a win will respin individually. This will continue as long as new winning combinations appear.

Free Spins Bonus. Triggering this requires 3 or more bonus symbols landing anywhere on the screen. This will give you 10 free spins, with each additional bonus symbol giving you another 5 free spins. Here, a symbol will be chosen at random and become a scatter symbol, paying in any position. Also, any nitro reels that land will lock in place for the whole bonus, but they can still upgrade the number of symbols inside them between spins. 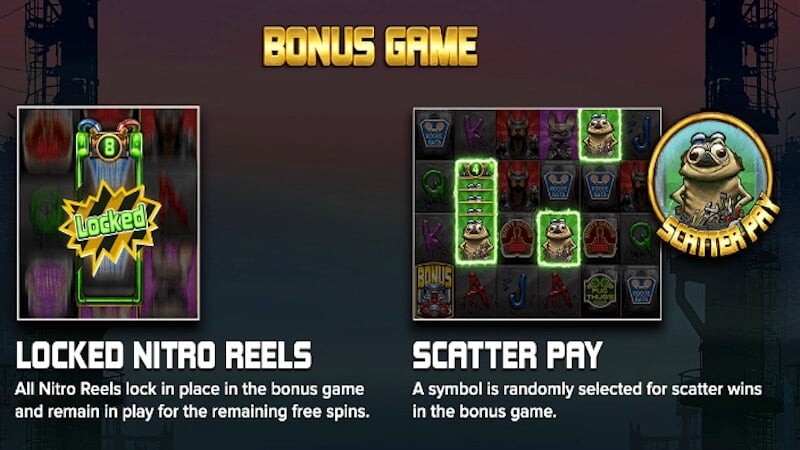 Nitropolis slot from Elk Studios showcases their new Nitro Reels mechanic, an alternative to the popular Megaways feature from Big Time Gaming. It offers a huge number of ways to win, and when combined with some features like nitro reels and respins on a win, it can work really well. I’m a bit disappointed that the maximum payout with only 10,000x your stake with so many ways to win, it feels like it should be higher. Megaways also feels a little more well-rounded, but perhaps that’s because it’s so familiar after so many years. I think Elk Studios have a great concept here and it can be fun, but some improvements are needed if it’s to become the new Megaways. You can try other Elk Studios slots here too. 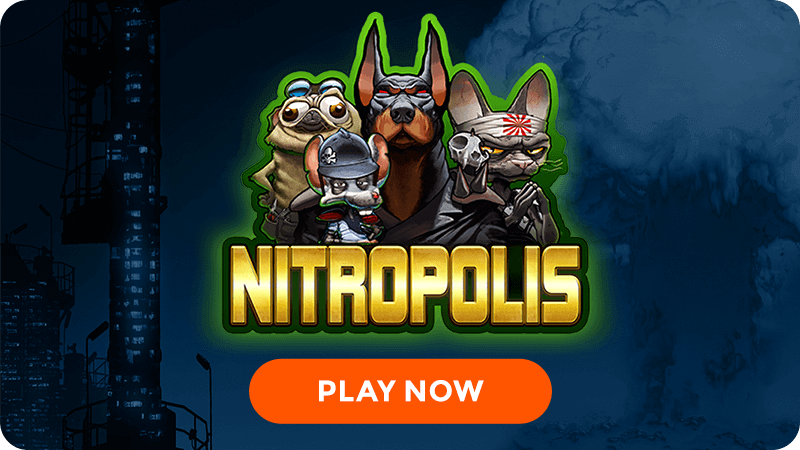 Nitro Reels can work well but need some work