Northern Sky slot from Quickspin is a pretty basic game with a main Bonus and a single feature, neither of which are very complicated but both have benefits and trigger regularly.

First though, let’s talk about that design. I have to say it’s one of the nicest I’ve seen and reminds me of one of those popular mobile games that people seem to really like. The colours are very therapeutic and the graphics are great, so top marks here. There isn’t too much to the design, and the usual layout applies with 5 reels and 3 rows. Interestingly though, you only have 9 paylines which seems rather low and is a bit of a shame. To start playing, you need to get a winning combination from left to right using the base symbols which will give you a cash reward. These are as follows, ranked in ascending order based on their value:

There’s only one other symbol in Northern Sky slot and it’s not the Wild symbol. There isn’t one, unusually, but there is a Bonus symbol which I’ll elaborate more on later.

Respin Feature. This is a feature you’ll see quite often because it’s triggered after any winning combination. The win will pay out and those symbols which formed it will lock in place. All the other symbols will then be removed and replaced by new symbols. If these new symbols complete the first win or add to a winning bet line, they too will lock in place and the game will pay out again with the new figure, and the feature will continue to play out with the other symbols being replaced. This will continue until there are no more wins.

Free Spins Bonus. This is triggered using the Bonus symbols as you’d well expect. You can see how many of these have been collected using the Bonus meter. You’ll be awarded 10 free spins to play the Bonus out. So is there anything special about this Bonus you ask? Well of course! Throughout your free spins, only the high paying symbols of the game are available. That means none of the jewel symbols I mentioned earlier will show up so that all wins will be, at best, decent. 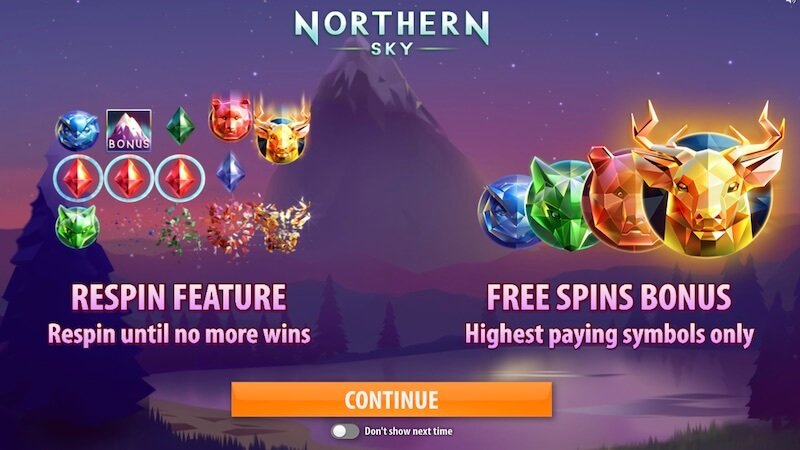 Northern Sky slot from Quickspin is a very good-looking game with a fairly simple base game feature and an equally simple Free Spins Bonus. The base game feature works almost opposite to the avalanche feature we so often see, as it’s the winning symbols that stay in place this time. The Free Spins Bonus guarantees no rubbish wins with low value symbols, but it doesn’t actually guarantee any more wins, and the ones you do get can still be pretty poor. But, your odds on those big wins are certainly increased and that’s the appeal. I like how features trigger regularly in this game, but I do wish the main Bonus was a bit more in-depth and offered some better rewards. In short, it’s a nice looking slot that’s quite fun and can pay fairly well, but has potential to be much better. You can see some of their other slots here. 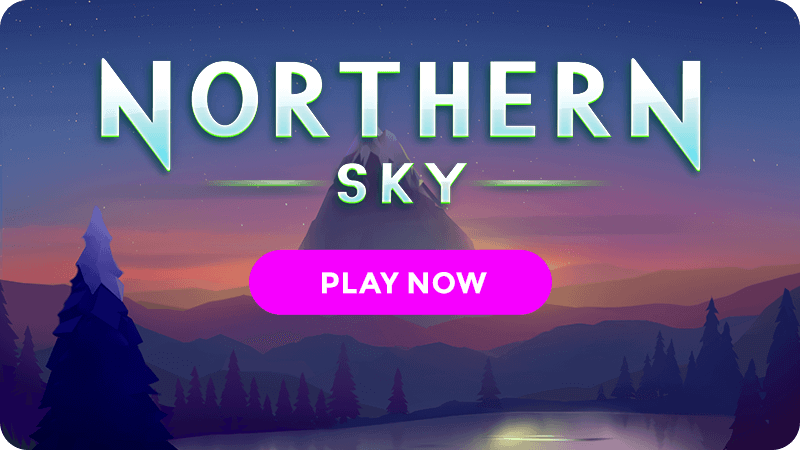 A Fun Slot But Nothing Special