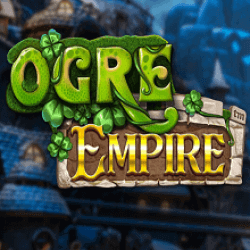 Ogre Empire slot is a fun new game from Betsoft that’s based in a fantasy world of Ogres. While often seen as scary beasts in most movies and stories, Ogre Empire slot has taken a more light-hearted approach to these creatures with a design that resembles that of Shrek so as to appeal to a wider audience and make the game more inviting. That being said, as you’ll discover when playing this slot the Ogre certainly isn’t as friendly and is instead terrorising the townsfolk and forcing them to go into hiding. Fear not though, because during the night the townspeople can escape and once again be free, and that’s perhaps the most interesting aspect of this game having a day and night mode, giving you different opportunities to make some money, but I’ll go into this shortly.

Firstly, let’s start with some of the basics. Taking a look at the design and graphics, we have as a whole a very colourful and also very detailed display that gives the impression Betsoft have put a lot of time into how this game looks. The sounds which accompany this game are also good with a royal type theme that doesn’t grate on you as much as other slots such as Amazing Aztecs slot. Moving on to the gameplay itself, this has a 5×3 layout with 25 paylines and an RTP of 95.25%. The aim is to get a winning combination from left to right using the base symbols which can offer money or bonuses. These base symbols are listed here, ranked in ascending order based on their value:

It’s worth noting that these are just the standard base symbols and other symbols may appear depending on what mode you are playing in. There is also a Wild symbol that substitutes for all of the above symbols in a winning combination. 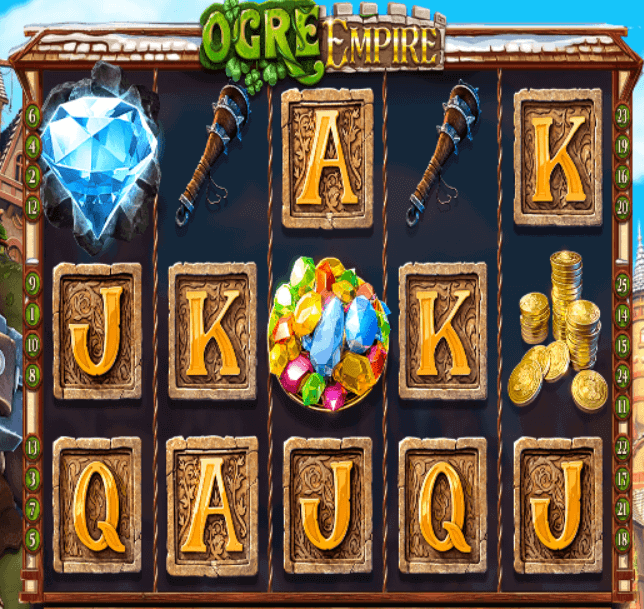 Day Mode. During day mode, the ogre is out causing the townsfolk to hide. Take advantage of this with pays at 4x the total stake. This is activated when the large Sun symbol appears completely on the reels and offers several features and symbols:

Night Mode. During the night, the townsfolk can finally be free without fearing the terrorising Ogre. This occurs when the large Moon symbol appears entirely on the reels, and pays 6x the total stake, as well as offering some additional features and symbols:

Double Up Game. Ogre Empire slot also offers you the chance to increase your winnings after any standard win by betting half or even all of your winnings and flipping a coin to double up or leave with nothing. I think it’s nice when a game includes this extra element, as it’s only there for those who want it. 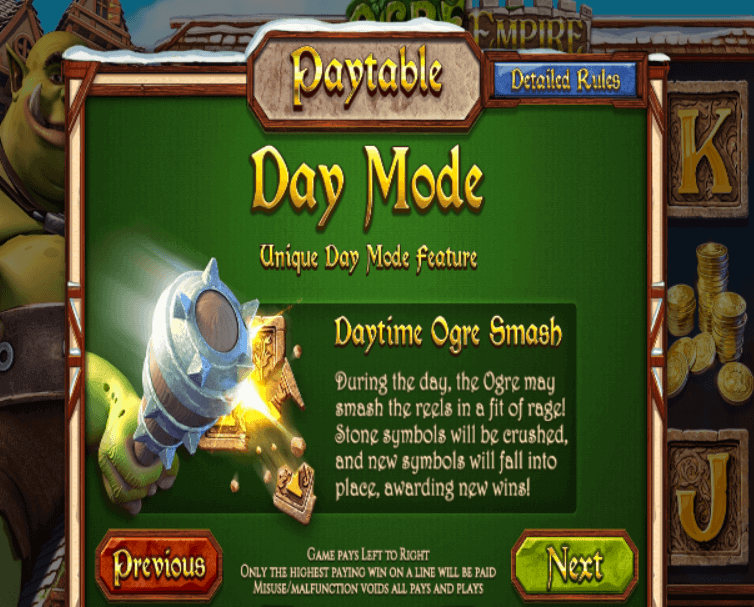 That’s just about it for Ogre Empire slot. I personally think it’s a great game and I’m a big fan of the two different modes which help to change things up. The design is excellent as well which will no doubt entice a lot of players into giving it a go. There aren’t many ways to get big wins here which is a bit disappointing, and the features don’t offer anything exceptional, but overall Betsoft have created a well-balanced slot that I think a lot of people will enjoy.