Owls slot from NoLimitCity is a new slot that has a few nice features, some of which are original and others are quite familiar. You have a range of Free Spins Bonuses which makes the game more interesting, but let’s have a look at whether they’re actually any good and whether Owl slot is worth checking out.

Firstly, the design here is perhaps the best we’ve seen from NoLimitCity with some nice graphics and colours. The reels are transparent which is a look that some will like and perhaps others not so much. Speaking of reels, you have 5 of them with 3 rows offering 15 ways to win and an RTP of 96.22%. You just need to spin the reels to get a winning combination from left to right using the base symbols which are listed as follows, ranked in ascending order based on their value: 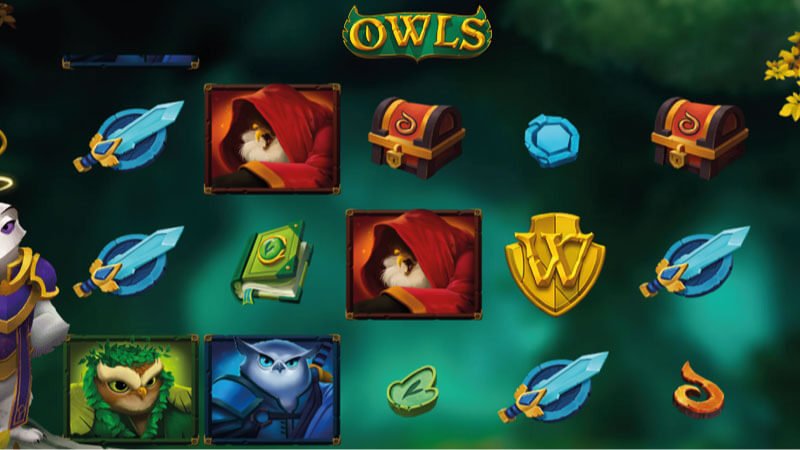 Scatter Loot Feature. If the Scatter symbol appears stacked on reel 3 so that it’s in full view, you’ll receive a payout. The payout will depend on how many times a symbol, including the Scatter symbol, appears. The Scatter symbol serves as a single occurrence of any symbol. As such, with the Wild symbol it’s possible to get a win up to 7x for a single symbol. You can view the exact payouts for each symbol in the rules section of the game.

Dream Spins. This is the Free Spins Bonus of the game which can give you one of 3 variations. It’s triggered when you land 3 Scatter symbols on reels 2, 3 and 4 (so the fully stacked Scatter will not trigger this Bonus). The middle Scatter symbol will always nudge so that it’s fully visible. Furthermore, the center reel will become populated by a stacked Wild symbol on each Dream spin, each representing a specific owl based on the Bonus. You will be awarded one of the following: 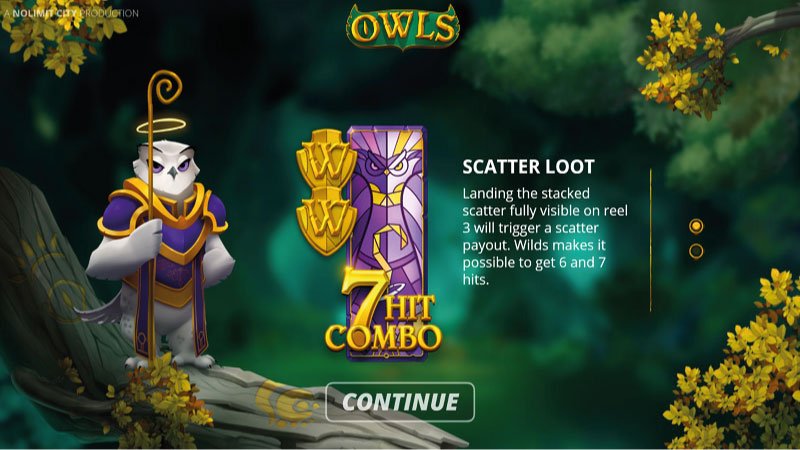 Owls slot is one of NoLimitCity’s best-looking games in my opinion, although it’s fair to say it still doesn’t compete with some of the bigger names in the business in the design aspect. When it comes to the features there are a fair few on offer and they’re all pretty decent, but not very spectacular. I like the 3 different Free Spins Bonuses which makes this game quite fun, and the Scatter Loot Feature is unique helping the game to stand out. Overall, it’s not a bad game but it’s not one of the best either. It’s fun for a while and has some decent payouts, but I think most people will just end up going elsewhere after a while. Be sure to leave a comment down below and check out some of their other slots here.

A Colourful And Fun New Slot