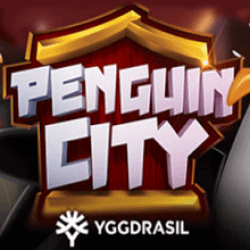 Penguin City slot is a brand new game from Yggdrasil, one of our favourite software developers here at Stopandstep due to their innovative and exciting games we so often love. Now they’ve done it again by creating a slot with some unique gameplay and excellent graphics to make it visually appealing also.

So what makes Penguin City so special? For a start, it just looks great with some really stunning graphics. There’s not necessarily a huge amount of detail, but all the colours are vibrant and it’s just a really stunning display. I love how the setting is in a Chinese market and penguins are constantly moving around; you truly do feel as though you’re part of a real penguin city. Where things get really interesting though is in the gameplay. Typically, slots have a set number of paylines (often in the region of 10-50) and pay from left to right. Here though, we have 243 ways to win that pay from left to right and right to let. In other words, any combination of 3 or more identical symbols in any direction will award a win. I think more slots should start taking this approach and it makes the gameplay more interesting. These base symbols are listed as follows, ranked in ascending order based on their value:

As you would expect, there’s also a Wild symbol in Penguin City slot that substitutes for all other symbols in a winning combination and appears only on reel 2 and 4. However, when it forms part of a win, it will become sticky for the next spin to give you another chance of a win. What’s more, during the base game it will trigger The Penguin Escape Mode as well when part of a win. 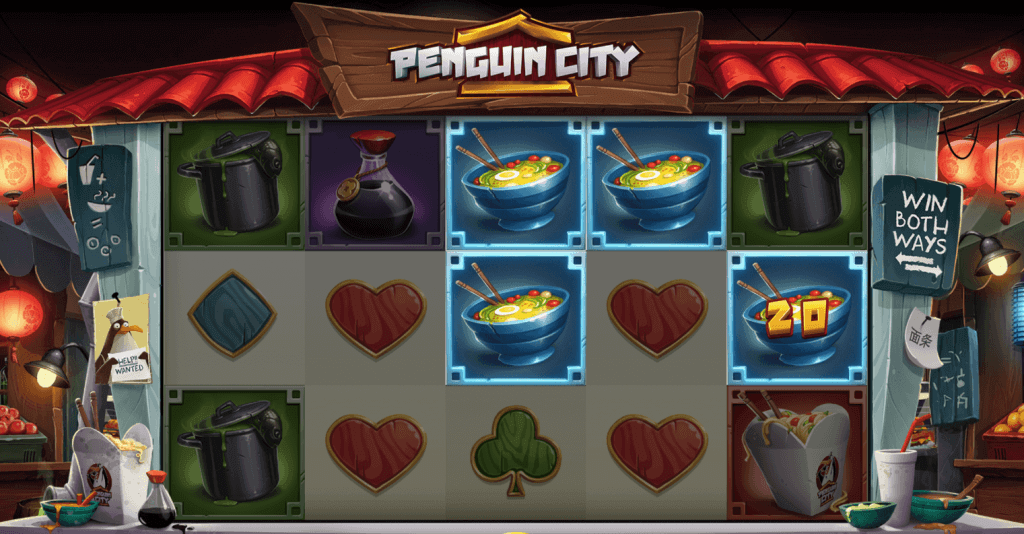 The Penguin Escape Mode. This is the main bonus of the game and can only be triggered with a winning combination that contains a Wild symbol as mentioned above. As you might have guessed, the penguins will try to escape here and as long as you keep winning, the bonus will keep going and more penguins will try and escape. With every spin, 1 penguin will try and escape unless the Stacked Emperor Wild is present. If a penguin is successful in its escape and makes it onto the reels, you will either be awarded a sticky Wild to reels 2 or 4 on a winning spin, or a symbol will be swapped on reel 3 so form a winning combination on a losing spin. If the penguin doesn’t make it, nothing changes on the reels.

Stacked Emperor Wild. This is a fully stacked symbol meaning it occupies all spaces on the reel and appears only on reel 3 during The Penguin Escape Mode. It guarantees you a win which is nice and will move down one position each spin after appearing. It’s also worth noting that while this symbol is on the reels, the other penguins will not attempt to jump for fear of the Emperor penguin. 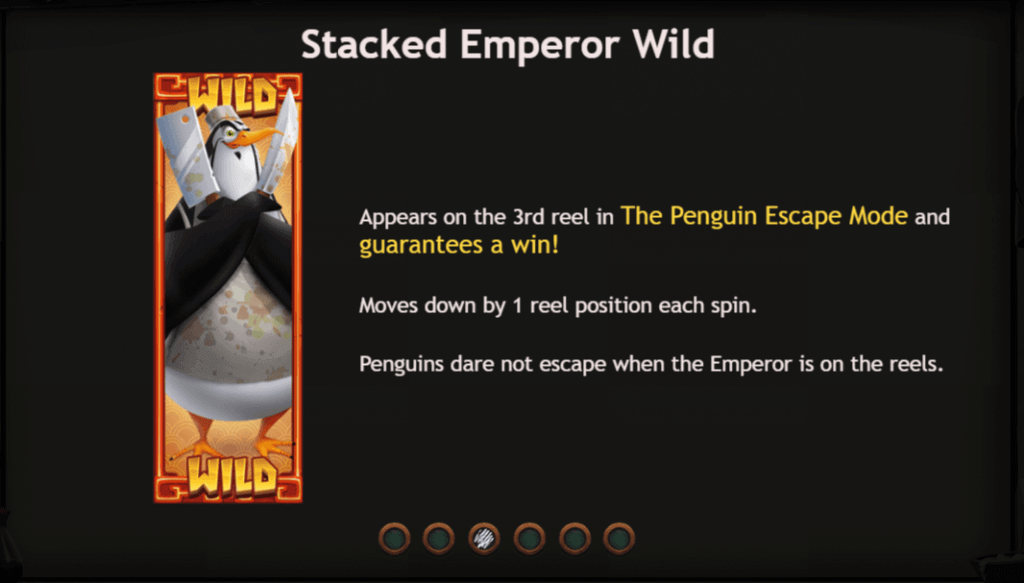 What I really like about Penguin City slot is how simple it is while also offering some very unique gameplay that we don’t often see. I’ve always been a big fan of Yggdrasil games with other slots like Tut’s Twister slotgarnering strong reviews from me for their innovation and interesting gameplay. This is no different. For a start, there’s the Win All Ways payline system which I think is great and should appear on more slots. The main bonus is both fun and can offer some good rewards in that it can last quite a while, with the Stacked Emperor Wild symbol changes things up and also guaranteeing a win. I do think they could have included another simple bonus during the base game, but aside from that this is a brilliant slot that will suit those looking for a fun, low to medium variance slot.