Phoenix Graveyard slot from Elk Studios comes with lots of ways to win and some interesting wilds that fight for your benefit, offering multipliers. It’s an interesting theme, combing light and dark elements, but I like it and it’s nice to see they’re doing something a bit different. There are 5 reels and 3 rows to start with offering 243 ways to win, but don’t worry as this can increase significantly. All you need to do is keep an eye out for the base symbols. These are as follows, ranked in ascending order based on their value: 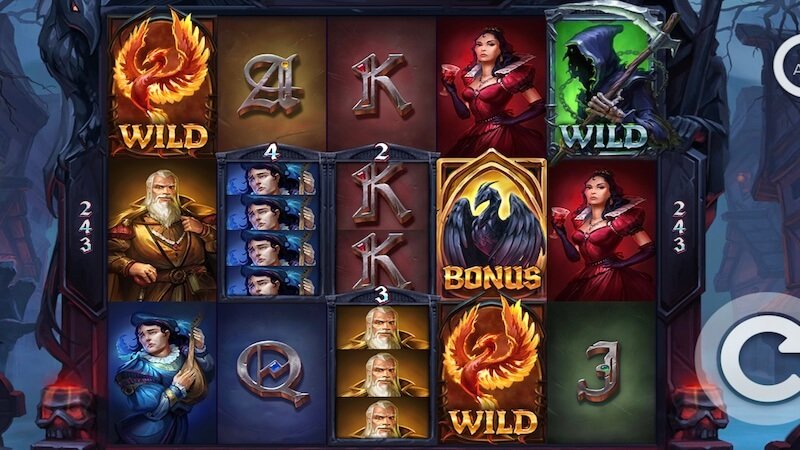 Tombstone Frames. These can appear at random, covering positions on the reels. Each frame has a number above it, showing how many symbols it will generate, up to a maximum of 10 each frame.

Phoenix Wild. This wild symbol, shown as a Phoenix of course, substitutes for other symbols but also has a multiplier on it equal to the number of win ways in the position it lands.

Grim Reaper Wild. This is a moving wild, triggering respins and moving 1 step to the left after each one until it falls off the screen. If it lands next to a phoenix wild, it will attack it, either doubling the multiplier on the phoenix wild of the grim repair wild. Alternatively, the Phoenix may fly off to a new position, leaving behind a feature that can later turn into a wild.

Free Spins Bonus. This is triggered when you land up to 5 bonus symbols anywhere on the screen. You’ll get 6, 8 or 10 free spins for 3, 4 or 5 scatters, with 1, 2 or 3 phoenix wilds on each spin, moving as you go. During these, tombstone frames are carried over from the previous spin and are sticky. 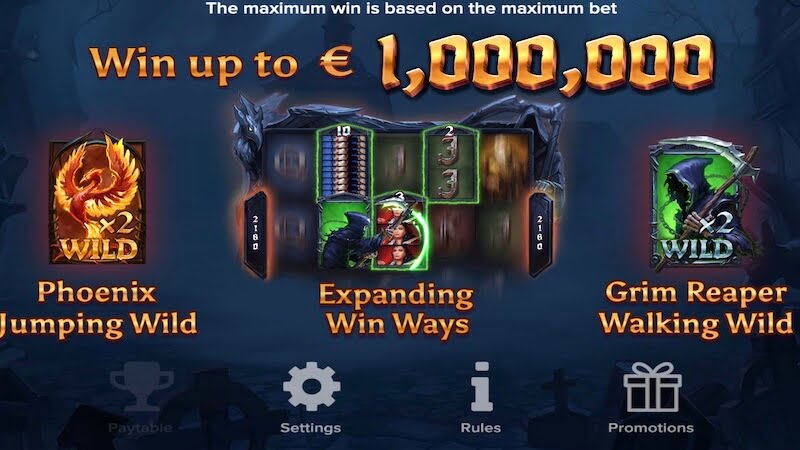 Phoenix Graveyard slot from Elk Studios is a dark game with lots of ways to win, potentially. That’s thanks to tombstone frames, and these are enhanced during the free spins bonus as they do not reset. In the base game you still have some nice features with both the phoenix and grim reaper wilds offering some decent rewards and multipliers. I think the maximum payout could be a bit higher given how many win ways are available and the addition of multipliers, but 10,000x is still pretty good of course. The RTP isn’t so great though at just 95%, so that does let the slot down a bit. 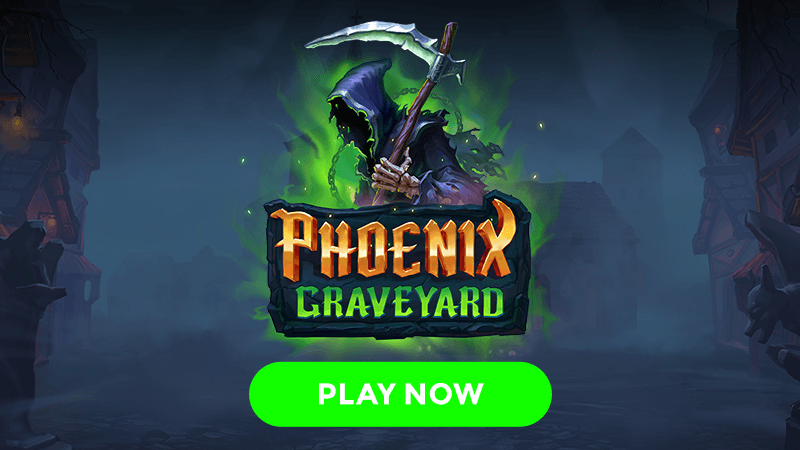 A Fun Slot But The RTP Could Be Better