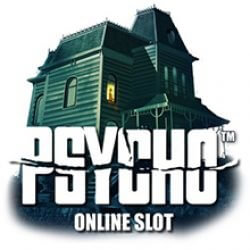 You all know the Alfred Hitchcock film called Psycho, right? The one where Janet Leigh portrays Marion Crane, who stops at the Bates Motel on her way out of the city with lots of money. There, she is stabbed to death in the shower by what we assume is the mother of Norman Bates, the motel owner. However, it later turns out that Norman is indeed dressing up as his mother (who has actually died several years prior) and acting as her in a supremely schizophrenic way. Well, if you haven’t seen the film, you can simply play this NextGen Gaming online slot and get the entire gist of what’s going on. The Psycho slot opens with a video package depicting Marion’s arrival at the motel and everything pretty much centres on the iconic shower scene of the film, with a shower curtain hanging in the background as a backdrop for the reels. Bets in the Psycho slot can be placed between 1p and £2.50 per spin.

Looking at the setup of this slot, you’ll see that NextGen Gaming has chosen to utilise a five-reel, three-row interface, which works as a very standard video slot design. This is accompanied by 25 pay lines that you can wager on, and these lines have also been fixed in place. This means that you don’t have the opportunity to change the amount of these that are in play. However, while that may be the case, you can guarantee that you’ll see amazing graphics in view on the reels and background. The symbols that are included on the reels start with the regular playing card additions; 10, J, Q, K and A. Following these, the higher paying symbols in the Psycho slot are more representative of the film. The key to room number one can be seen as the first symbol, while the envelope of money and the spy-hole can be seen as another two. Then come the character symbols of Private Investigator Milton Arbogast and another of Marion herself. You’ll also find that the reels contain a wild symbol, which can substitute for any other standard icon present to form a win.

Naturally, the high-quality graphics of NextGen Gaming are on display throughout the Psycho slot, providing a visually appealing title for you to access. 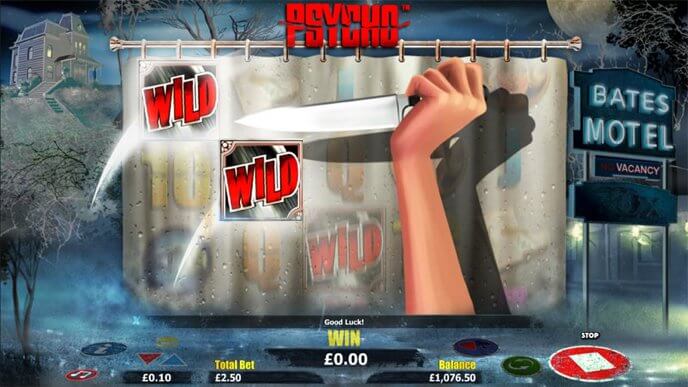 Not only does the Psycho slot invoke imagery of the film, and do so with stunning graphics and base gameplay, but it also includes a couple of special features to keep the slot entertaining too. These exist in the form of the following additions:

Scatter Symbol: The symbol that represents the house of Norman Bates, which is lurking in the background of the motel, is what works as Psycho’s scatter icon. This one can provide you with a pay-out wherever it shows up on the reels. Five of them in view have the potential to provide a maximum reward to you of 2,500 times your overall stake. Therefore, the appearance of this one can prove to be quite rewarding.

Psycho Wilds: The wild icon that this game contains may end up being added to any spin that you make. This takes place if you see the knife-wielding hand of Norman Bates slash across the screen. Any wins that you form with the wild during the base game may also multiply your pay-out for such by times two, three, four, five, 10 or 20.

Free Games Feature: The scatter symbol of this game has a secondary function as well, and that is to trigger the Free Spins round. This occurs whenever three, four or five scatter symbols show up at the same time anywhere. During the Free Spins round of Psycho, you will get to see a higher quantity of wild symbols show up and again, provide multipliers on winning combinations – up to times 40 during this feature round! 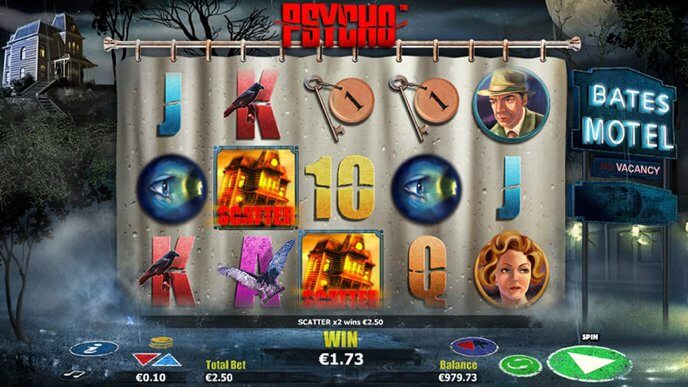 The Psycho slot looks very similar in style to many of NetEnt’s movie title slots, such as the Phantom of the Opera (which has been re-branded and re-released), so you would be forgiven for forgetting the NextGen created this title, rather than the aforementioned company.