Quantum slot is a new release from Games Warehouse who you may not have heard of before but that’s exactly why I wanted to review this game. Many of the bigger companies produce similar games nowadays and they aren’t always that good, with smaller companies often providing something more unusual and often exciting. Games Warehouse have indeed gone for something a bit different here, but does it pay off?

Upon first playing the slot I have to say I wasn’t a big fan of how it looks. It’s quite basic and they’ve gone for a neon-light design, but there’s no real theme here and I don’t really like the colours. It’s certainly a question of preference and I’m sure some of you might think it looks good, but it’s not for me. You’ll see that there’s a 5×3 reel set-up here, very standard, with 20 paylines active paying from left to right as is usually the case. All you need to do is spin to reels to get a winning combination using the base symbols which I’ve listed below, ranked in ascending order based on their value:

The Wild symbol in this game has the same payout at the Orange symbol and of course also substitutes for all other symbols apart from the Bonus symbol. 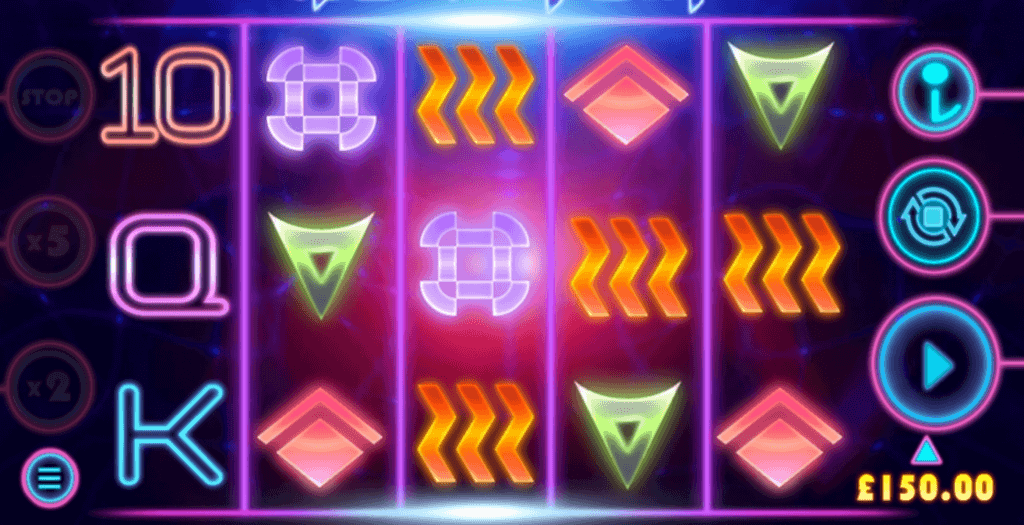 Stacked Wilds. The Stacked Wilds feature is available during the base game and can be triggered at any point. It will last for 3, 4 or 5 spins, and up to a fairly generous 3 reels can become fully Wild, with all spins apart from the initial spin being free. If you do manage to get 3 Wild reels then you could certainly see yourself getting a decent payout.

Free Spins Bonus. As with almost every other slot out there, this bonus is triggered by 3 Bonus symbols appearing anywhere on the reels at the same time. This Free Spins Bonus, however, is quite special and works differently to most. For a start, there are only 3 symbols available on the reels during the bonus. These are the x2 symbol, the x5 symbol and the Stop symbol. The x3 and x5 symbols act as multipliers, and when they land on the centre reel, all wins after that are multiplier by the corresponding number, either 2 or 5. The Bonus is over only when the Stop symbol lands on the centre reel. As such, Games Warehouse are claiming that there are technically an unlimited number of free spins available, which I suppose is true but let’s face it, you’re never going to get that many, you can consider yourself lucky if you get more than 10. 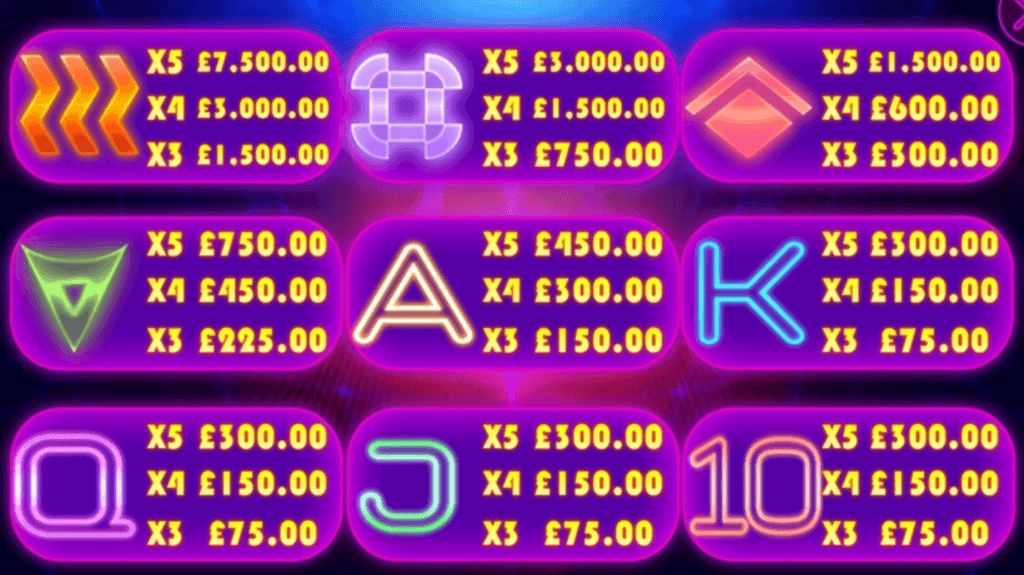 Quantum slot is a game I wanted to review as it comes from a smaller software developer Games Warehouse, and I feel like it’s important to not just review slots that come from the bigger names like SG or Netent. Often times I have been surprised at how good some of the lesser-known slots are and was hoping that would be the case here, but unfortunately, I’m left wanting a bit more here. Don’t get me wrong, it’s not a bad slot per say, but it just doesn’t have much going for it either. There are only 2 bonuses here; the Free Spins Bonus which is certainly different and can offer some decent payouts, and the Stacked Wilds feature which has potential but fairly gives you much. I do like how they’re a bit different, but the slot as a whole isn’t that rewarding or especially engaging, and I’m not a huge fan of the design either. By all means, give it a go if you want to try something a bit more unusual, but don’t expect to make a fortune with this one.