Raging Rhino Megaways slot from WMS is, of course, based on the original game released some time ago now that was a big hit. We’ve seen this done with other slots like Fishin’ Frenzy slot and it can provide a nice change for those who like megaways but also enjoy a classic.

In terms of the design, little has changed, only now the reels are set up different due to the megaways. You’ll see there’s also a row on top which can feature wild symbols, but more on that later. It’s a nice, simple theme with many animals found in the savannah and I think it’s good that they haven’t changed much. The goal is still to get a winning combination from left to right using the base symbols. These are as follows, ranked in ascending order based on their value:

There’s a wild symbol as well, shown as a sunset, which substitutes for all other symbols in a winning combination apart from the bonus symbols. It only appears on the top row of the reels. 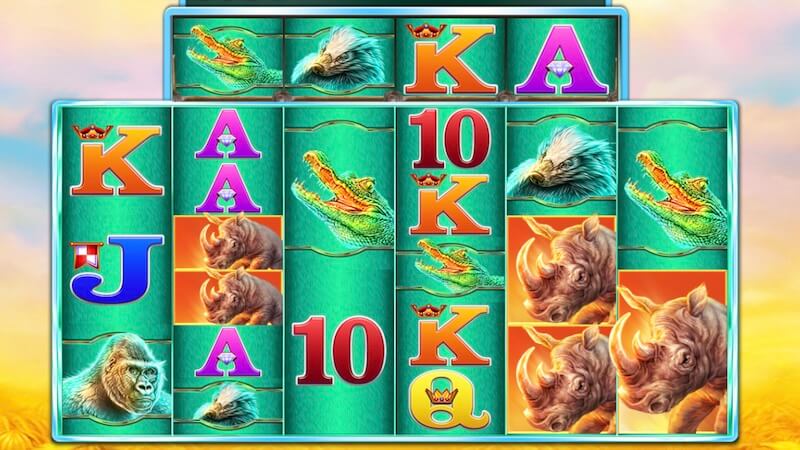 Cascading Reels. Like a lot of megaways slots, this one features cascading reels whereby any win will destroy the winning symbols and new ones can then fall in from above on the normal reels, or from the right on the top reel. If you generate a new win with these symbols, the same will happen all within the same spin. Not that symbols do not transfer between the top reel and the regular reels.

Free Spins Bonus. The main attraction to many slots, this one is triggered by landing 4 bonus symbols anywhere on the reels at the same time apart from the top reel. You’ll be given 8 free spins to start with, but you can win more during the bonus by landing another 3 bonus symbols, giving you a further 8 free spins. The free spins start with a multiplier of 1x applied to all wins, and this will increase by 1x for every win, including cascading wins, meaning you can dramatically increase your multiplier in a single spin. There is no limit to how much a multiplier can increase to in the bonus. Furthermore, every winning wild symbols in the bonus will apply a multiplier of 2x, 3x or 5x to that win. 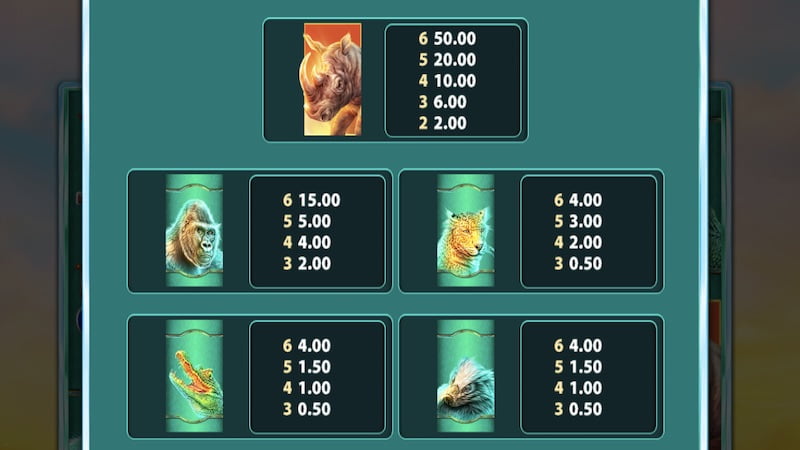 Raging Rhino Megaways slot from WMS is a megaways version of the original, popular game of the same name. Naturally there are some similarities, but this slot also bares a strong resemblance to other Megaways slots, namely those from Blueprint. In fact, there’s really only one difference between this slot and say, Tiki Treasures Megaways, and that is the wild symbols in the bonus. With their extra multipliers, you can see some nice wins and this is a feature that’s lacking from other megaways slots. While I would have liked to have seen a bit more done with this one, it’s a step up from some other megaways slots and makes this game more appealing. For that I admire what WMS have done and if you enjoy megaways slots, this one could be a good choice for you. You can see our review of the original Raging Rhino slot here. 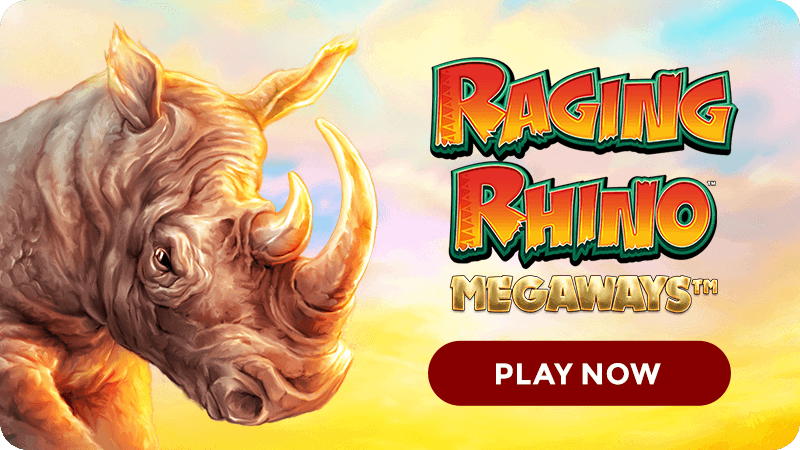 An Improvement On Some Other Popular Megaways Slots