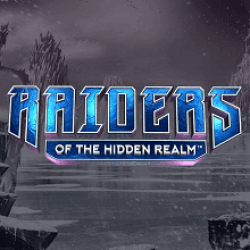 Raiders of the Hidden Realm Slot

Raiders of the Hidden Realm is a new slot brought to you by Playtech. This is an excellent game for all you gaming fans with lots of action and dramatic effects. The slot takes you into a fantasy works with your three heroes Morgana, Strider and Sparks. This is certainly one of the most exciting looking slots I’ve seen in a while and will certainly appeal to those who enjoy video games and action-packed feature films, it practically looks like one itself.

Speaking of the looks of Raiders of the Hidden Realm slot, the graphics here are excellent with a tonne of detail that really looks like something from a superhero blockbuster movie. The detail of the main characters is stunning, and the other base symbols are all flashy and captivating as well. To top it all off, the slot is set in an icy fantasy world that also has great detail making the whole slot very appealing. Going a bit deeper into the gameplay itself, we have here a 5×4 layout so nothing unusual there, with an RTP of around 96% which is pretty generous. There are 40 pay lines and the slot can be played on all devices with a minimum bet of 40p and a whopping £500 maximum bet for those of you with a large bankroll, but I imagine most players will stick to around a couple of pounds. The aim of the game is straightforward, with the task of getting a winning combination using the base symbols from left to right in order to win money or a bonus which I’ll go into more shortly. These base symbols are ranked as follows in ascending order based on their value:

The character symbols can appear either 1, 2, 3 or 4 symbols high and stacked, and there is also a Wild symbol which substitutes for all other symbols in a winning combination. 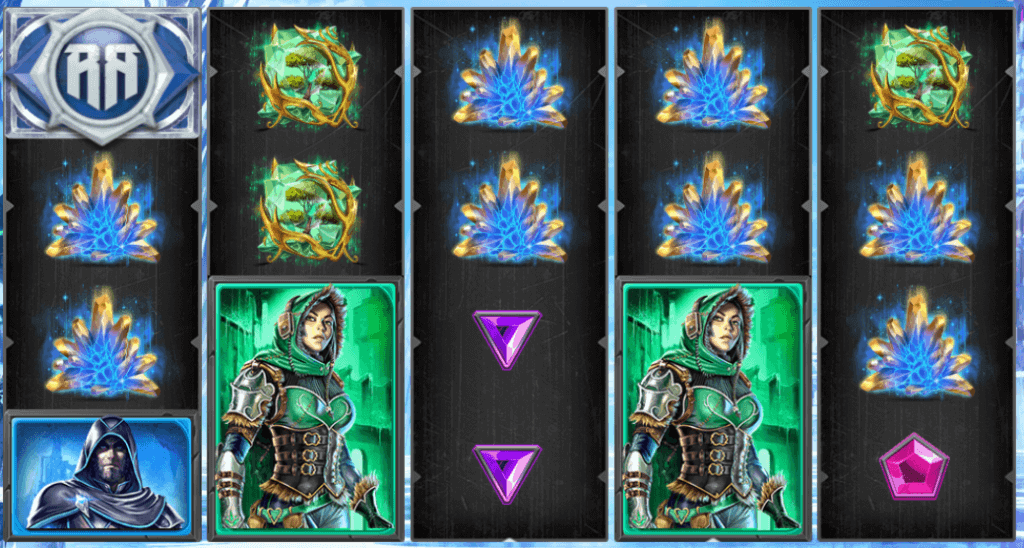 Raiders of the Hidden Realm Slot Bonuses and Features

Raiders Shuffle. This is triggered when a character is fully stacked on reel 1 and appears with the same character partially on reel 5. These character symbols on both reel 1 and 5 turn into individual wild symbols and all symbols on the screen will shuffle for some possible extra wins.

Each character all has their own unique free games bonus: 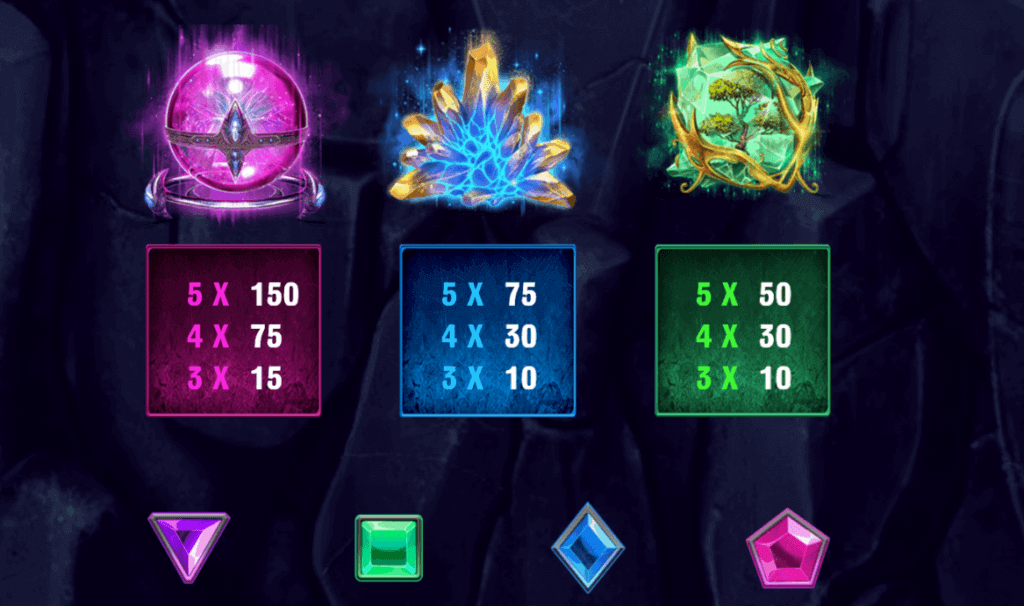 That just about sums up Raiders of the Hidden Realm slot and overall I’m quite impressed. The absolute stand out feature here is the display, with incredible graphics and so much attention to detail, in stark contrast to some other slots like the recently reviewed Amazing Aztecs slot which was underwhelming with its display. The theme as a whole is exciting and brings a real sense of adventure, I kind of wish they had included a bonus which would have offered some more interactivity to the game but overall the current bonuses are pretty good and it’s nice to have a variation in the free games bonus with each offering something unique based on the character that triggered it. Overall then I can happily recommend this game by Playtech to most players, especially those who appreciate a slot with good graphics and a lot of effort put into the who design which Raiders of the Hidden Realm slot certain has done.