Reel Talent slot is the latest and greatest slot from JustForTheWin, a company who have provided us with games such as Rainbrew slot in the past and have shown that they’re capable of making a decent slot. This time they’ve gone with a Talent Show theme but with animals participating rather than people. I can’t help but think the theme might have had a lot of inspiration from the fairly recently movie Sing.

In terms of how it looks, the graphics are impressive and the design of the characters and symbols in Reel Talent slot is very impressive. It looks like they’ve gone all out here to make a good looking slot that’s appealing to everyone and I admire them for that. So often we see slots that clearly haven’t had much thought put into them. The features in this game are pretty special too and not something we’ve seen before, but I’ll go into more detail on those shortly. For now, you just need to know that to play the game you must spin the reels to try and get a win from left to right using the following base symbols, ranked in ascending order based on their value: 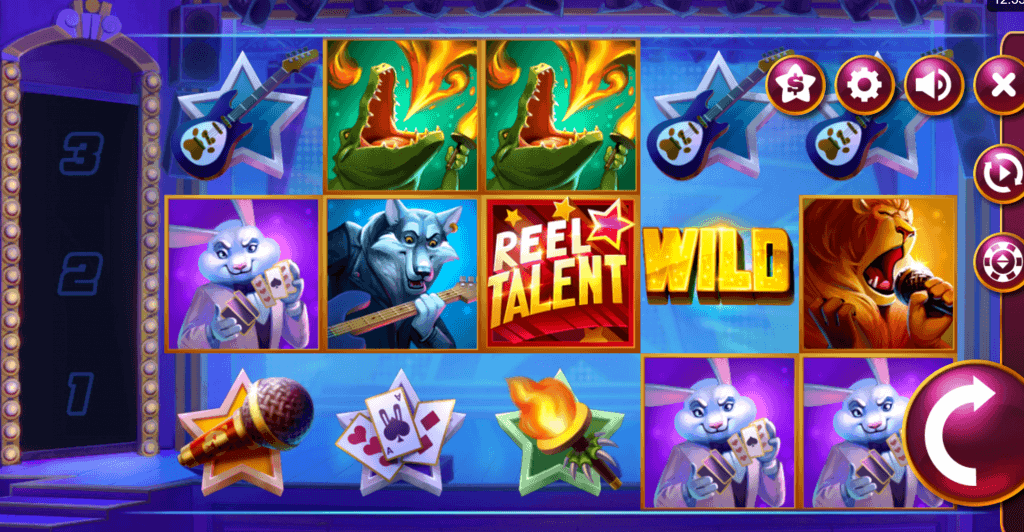 As well as these base symbols which each have an associated payout, Reel Talent slot also features a Wild symbol which substitutes for all other symbols in the game and does not have a payout associated to it. 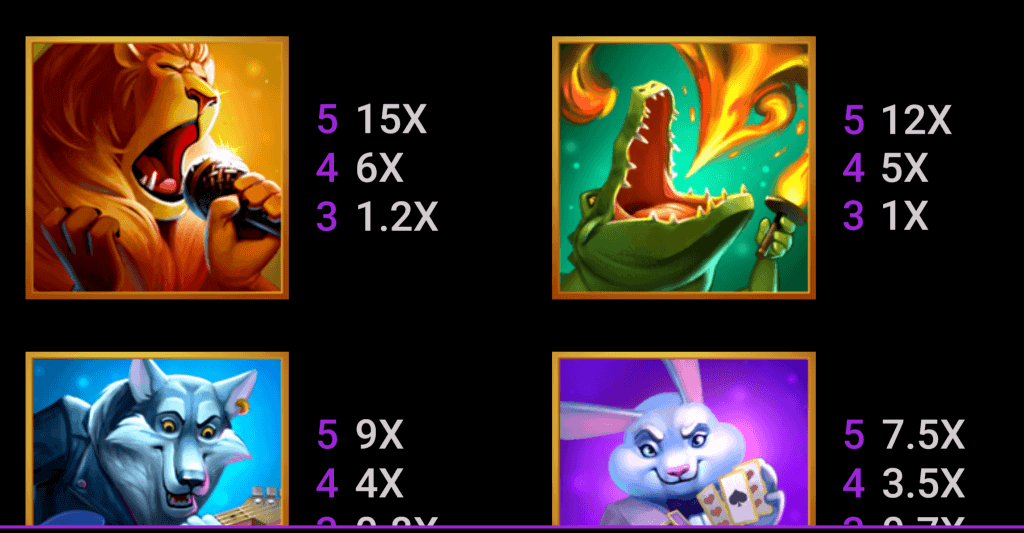 I wanted to review Reel Talent slot because it has some very unique features that really set it apart from any other game. In fact, I don’t think I’ve ever seen features quite like this. The overall goal is to collect symbols and ultimately end up with the Superspin Feature. There are a few things I like about this and a few things I don’t. For a start, the way it works is original so I really appreciate that. Secondly, with some high-value symbols, you can actually get some nice payouts. The value of the symbols in this game are pretty decent so you can see yourself getting a nice reward from time to time. But, without some good symbols, the feature really isn’t that great and unfortunately there just isn’t much else to the slot. If they’d added something like a Free Spins Bonus as well, even just a simple one, I think the game would be both more enjoyable and rewarding overall. As a whole, I do appreciate what JustForTheWin have gone with here and it’s a great concept. Perhaps we’ll see something else like this in the future but with a few differences to make the game a bit more appealing.