Santa Goes Wild slot is a new one from Plank Gaming, a company you probably haven’t heard of before who are looking to make an impact this Christmas. This slot has only the one feature really, and it’s not free spins but respins. It’s quite an interesting feature, so keep reading to find out exactly how it works.

When it comes to the design, I wouldn’t go so far as to say it’s great, but it’s not awful. It’s very clear and well presented, but I think they could have made it more fun seeing as it’s a Christmas slot. There are 5 reels with 4 rows and an unusual 178 ways to win. The RTP stands at 96.29%. To get a win, you need to get a winning combination from left to right using the base symbols. These are as follows, ranked in ascending order based on their value: 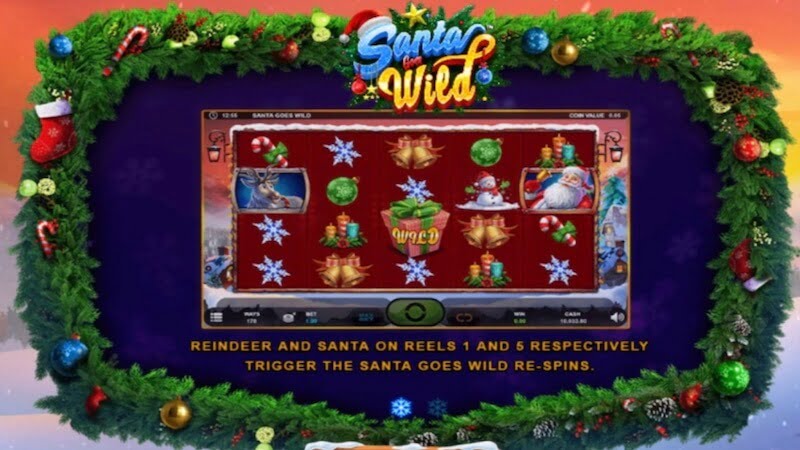 Wild Symbol. In addition to the base symbols mentioned above, there are wild symbols also, shown as a large present. These, as you might expect, substitute for all of the above symbols in a winning combination to help you get some more wins. Note that they only appear on reels 2, 3 and 4.

Santa Goes Wild Respins Feature. To trigger the respins, you need to land the reindeer and Santa symbols on reels 1 and 5, respectively, at the same time. You can probably guess what’s going to happen here. On every respin, Santa will move one position to the left. However, as he does this, the reindeer symbols will not move, but expand to form 2×2, 3×3 and even 4×4 symbols. The respins end once Santa moves off the reels. Both the Santa and reindeer symbols substitute for all other symbols in a winning combination. 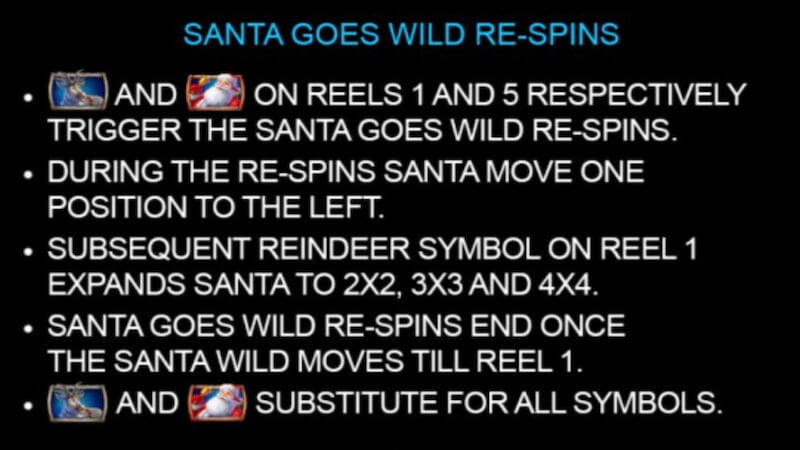 Santa Goes Wild slot from Plank Gaming has a very simple concept which involves respins rather than the more common free spins. It’s triggered with Santa and the reindeer symbols landing together, much like with the recently reviewed Santa vs Rudolph slot. This time, however, Santa moves on each respin while the reindeer symbol gets bigger, up to a pretty impressive 4×4 symbol. This is a pretty nice idea as both symbols serve as wilds and it’s not something I’ve seen before. That being said, I would have liked to have seen more features here, even small ones, and the payouts could be a bit better as well. Overall, not a bad slot from a pretty small developer and one you might want to check out. 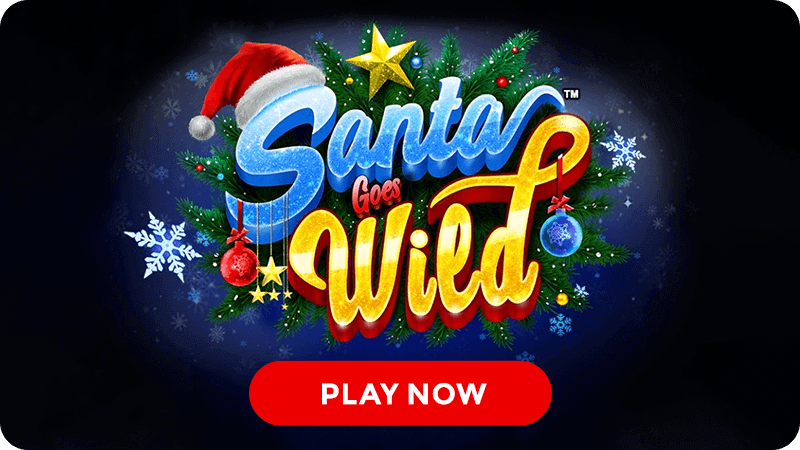 An Interesting Slot From Plank Gaming