Santa vs Rudolph slot from NetEnt is a cartoon-looking Christmas slot featuring 2 popular characters battling it out and hopefully giving you some nice features. The slot mainly focuses on free spins as well as additional features which can arise from them but more on that shortly. There are 5 reels here with 3 rows giving you 20 paylines, paying in both directions. You need to get a win from left to right using the base symbols. These are as follows, ranked in ascending order based on their value: 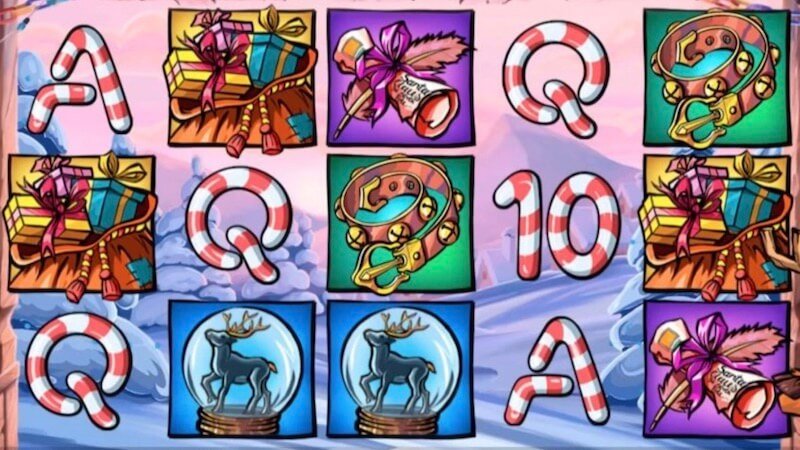 Wild Symbols. There are two wild symbols in the game, shown as Santa and Rudolph. They appear on reels 1 and 5 during the base game and every reel during free spins. They substitute for all other symbols in a winning combination. When Rudolph appears, he will always move right for each consecutive spin until he moves off the reels. Santa does the opposite, moving one position left after each spin until he moves off the reels.

Free Spins Bonus. This is the exciting part and is triggered in a more unusual way to other slots. It occurs when Santa and Rudolph clash, giving you 10 free spins. During these spins, Santa and Rudolph still serve as wilds, instead appearing in any position on any reel. If they happen to merge again during the bonus, another 4 free spins will be awarded. You’ll notice above the reels a set of meters for both Santa and Rudolph. Whenever these wilds move off the reels, a space will be filled on the corresponding meter, each having a total of 8 spaces to be filled. If you fill one of the meters before the end of the bonus, that feature will be awarded.

Rudolph Spins. If you trigger these, you’ll be given 3 spins with 5 randomly placed wilds. These wilds change position for each spin.

Santa’s Gifts. This feature gives you the option of choosing prizes. You have 5 to choose from, with 3 offering a cash reward, 1 a multiplier and the other an end of stage item. If you get the multiplier, all previous cash values are multiplied by the final multiplier value, with it being capped at 4x. 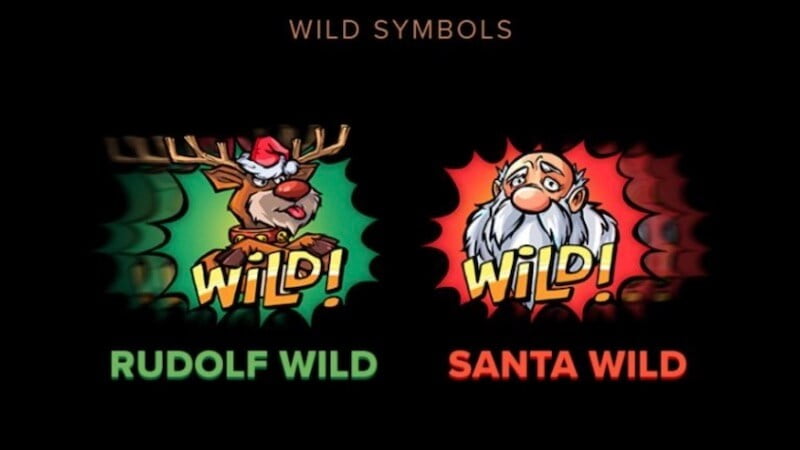 Santa vs Rudolph slot from NetEnt is another jolly Christmas slot, this time with an unlikely battle between Santa and his reindeer Rudolph. There are some cool features here. I like how the free spins are triggered, and each having its own special bonus is a nice touch. The main thing you’ll want to get is Santa’s bonus for the bigger rewards from the multiplier. The payouts aren’t massive still, but they’re decent. Unfortunately, the free spins don’t always lead to an extra bonus though, and when this happens they don’t tend to be anything more special than the base game. Overall it’s a pretty solid Christmas slot that’s quite fun with some cool ideas and probably worth checking out if you like medium variance slots. You can also see some of NetEnt’s other slots here. 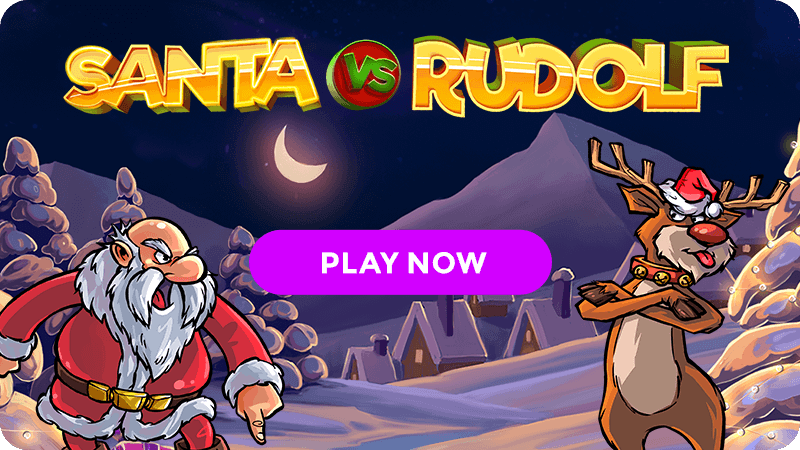 A Fun Christmas Slot From NetEnt