Shields Of The Wild Slot

Shields of the Wild slot is brought to you by NextGen, a company who have provided many slots in the past such as Polterheist slot. This time they’ve gone for a more feral approach but the theme as a whole is pretty simple compared to some which have a pretty deep story behind them. Your main goal here is to get the Marching Stacks Feature which can pay out some pretty big wins, but I’ll go into more detail on that shortly.

As I mentioned, the theme is pretty simple as is the design. There are no borders behind the reels, and just a simple drawing as the backdrop. It doesn’t look bad but hardly stands out. Fortuntely, the gameplay does and that’s what’s going to draw people in. The features are great here, and to get them you’ll need to spin the reels to try and get a certain number of Scatter symbols on the screen, or a winning combination using the base symbols to be awarded with a cash prize. These base symbols are listed as follows, ranked in ascending order based on their value: 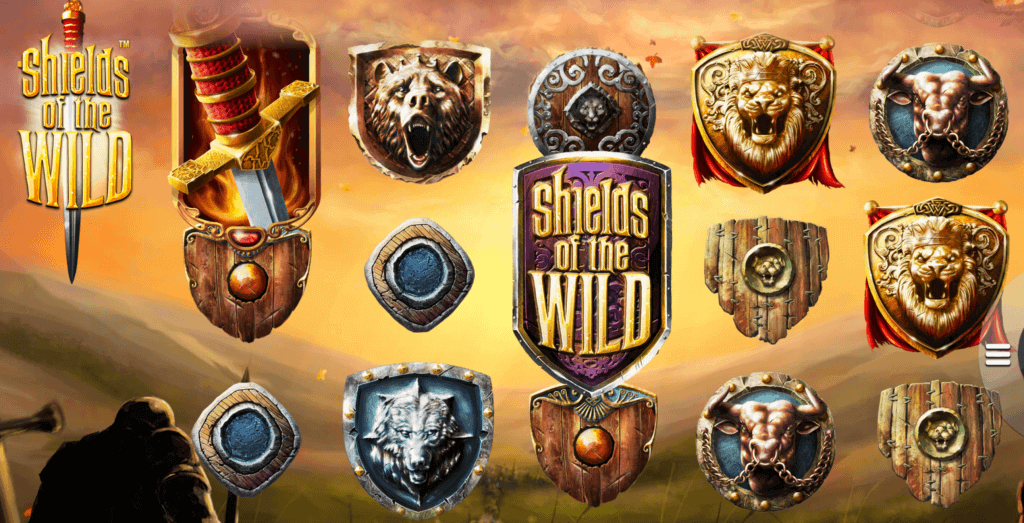 Shields Of The Wild Slot Bonuses and Features

Shield Wall Feature. This is a feature which can be triggered after any wagered spin at random. All symbols on the screen apart from Scatter and Wild can be upgraded to the next highest paying symbol up to 8 times., with wins paid only after the feature has ended.

The Scatter symbols will be replaced by the Upgrade symbols on all reels.If no upgrade appears on a spin, the stack will move one reel to the left, with a stack of symbols matching the current stack being added to reel 5. If, however, 1 or more Upgrade symbol appears on a spin, the stack will stay where it is and the stacked symbols will upgrade to the next highest paying symbol for each Upgrade symbol on the screen. Once all 5 reels have been filled with stacked symbols, the feature will finish.

Re-Trigger Bonus. This is a very small bonus that could mean the reels may re-trigger after the Marching Stacks Feature has ended. 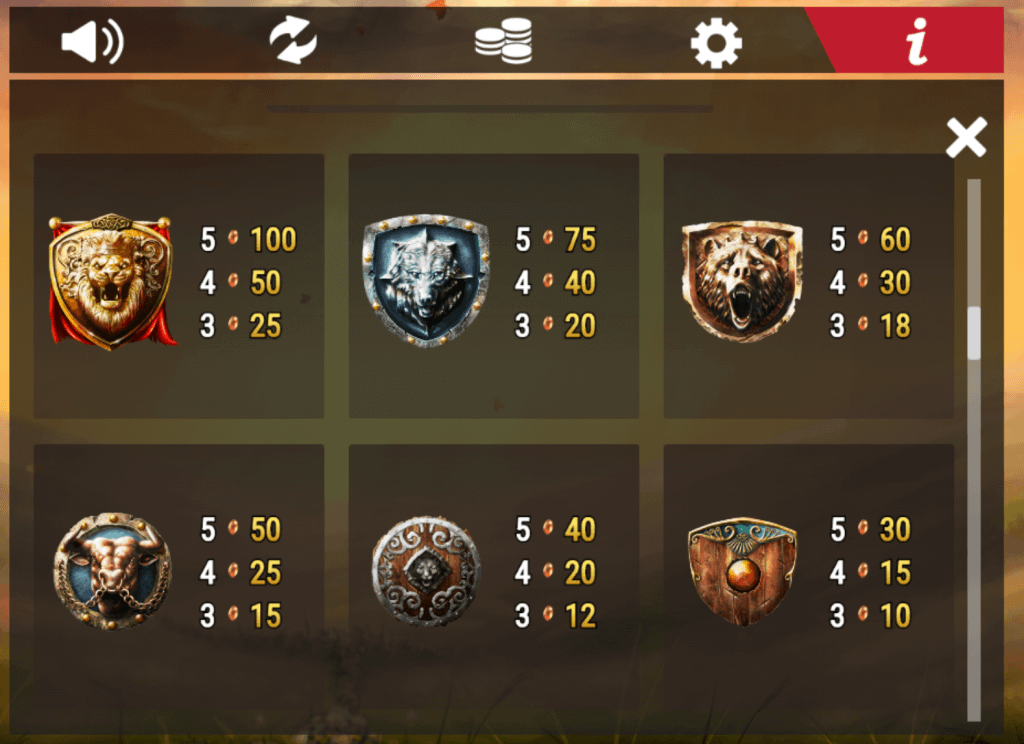 Shields of the Wild slot takes a different approach to many other games out there. For a start, there are no free spins which is interesting but as I’ve said before, they aren’t always needed. In this instance, the main bonus is the Marching Stacks Feature which has the potential to provide some very nice payouts. This will depend on the value of the symbols and ideally you will start with a high value stacked symbol to begin with. With a few upgrades, the end result could be substantial. It’s a bit of a shame that the Wild symbol isn’t part of the feature, but I suppose the payouts then would be pretty significant. The other features are decent but clearly not the main attraction. I have to say that I really like this slot, largely because it stands out from the crowd and can also pay out big. The main feature doesn’t trigger all that often, but when it does it’s worth it so I definitely recommend trying this game from NextGen out.