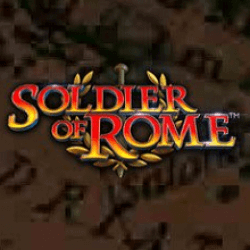 Soldier of Rome slot is a brand new game from Barcrest, part of SG Gaming and one of the leading software developers in the world. We’re used to seeing some pretty interesting features and gameplay from Barcrest and this is no exception, with different reel layouts available and various betting options that add or remove certain elements to the game depending on how much you bet. It certainly makes things more interesting and we’ve seen this kind of thing before such as with the recently reviewed Kronos Unleashed slot, but I’ll come onto the features a bit later on.

Firstly, let’s talk about the design. I have to say I’m not a fan of how Soldier of Rome slot looks at all and that’s really disappointing. The graphics here are pretty terrible; the setting is some sort of forest that looks like it took under 5 minutes to create, and the symbols on the reels are pretty low quality also. The only thing that looks good is the soldier himself, but he just stands on the side moving ever so slightly looking like he doesn’t know where he is or what’s going on. I think Barcrest could have done a much better job here especially with the resources they have at their disposal. What it comes to actually playing the game, despite the unusual reel layout the rules are simple. You need to get a winning combination from left to right using the following base symbols, ranked here in ascending order based on their value:

You also have a Wild symbol in the form of the soldier which substitutes for all other symbols in a winning combination apart from the Scatter symbol. It appears only on the 3 Mighty Reels and covers 3 standard symbols. Additionally, it will expand to fill the entire reel if it lands in full view during the base game. 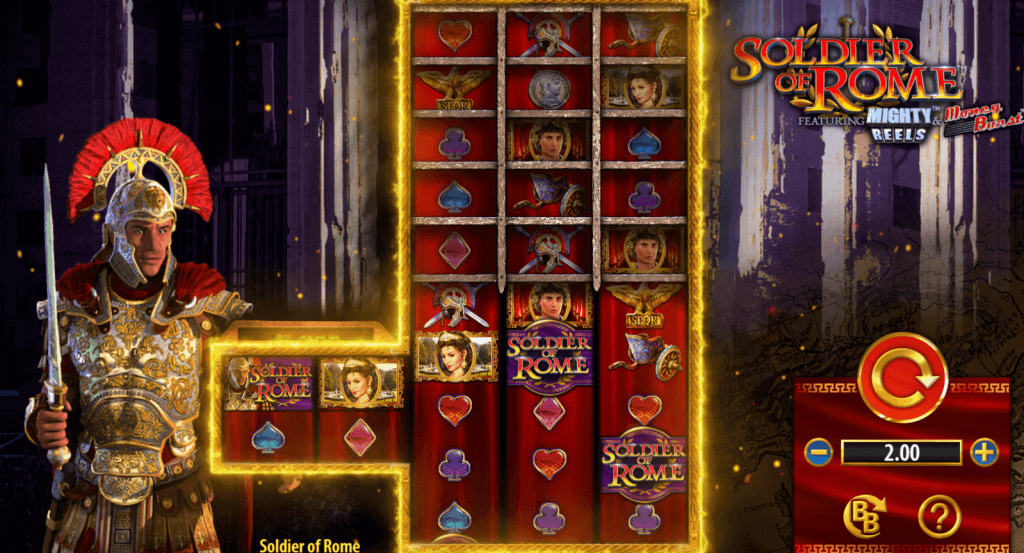 Big Bets. One of the stand-out features of Soldier of Rome slot is the different betting options you have available which can really change how the game works. There are 3 levels to the Big Bet gameplay, each offering 5 spins on the reels in return for a higher bet. They work as follows:

The other benefit to playing with Big Bets is that the RTP increases to a pretty large 97.82%, higher than most slots we’ve seen. However, when the stake is less than 2 credits, the RTP is as low as 93.78%, a pretty significant drop. If you play at 2 or more credits, then it stands at a reasonable 96%.

Free Spins Bonus. 3 or more Scatter symbols will trigger this bonus, awarding 10 free spins. You can also win another 5 free spins should a Scatter symbol appear during the bonus, up to a maximum value of 25. If a Wild symbol appears partially in view on reels 5, 6 and 7 then the Mighty Reels will activate.

Lightning Spin. You’ll notice 4 positions in the bottom left of the reels known as the Money Burst reels, which when 4 symbols appear here that are identical will activate Lightning Spins. This will add more of the same symbol to the Mighty Reels to give you a chance of getting a large number of winning combinations. 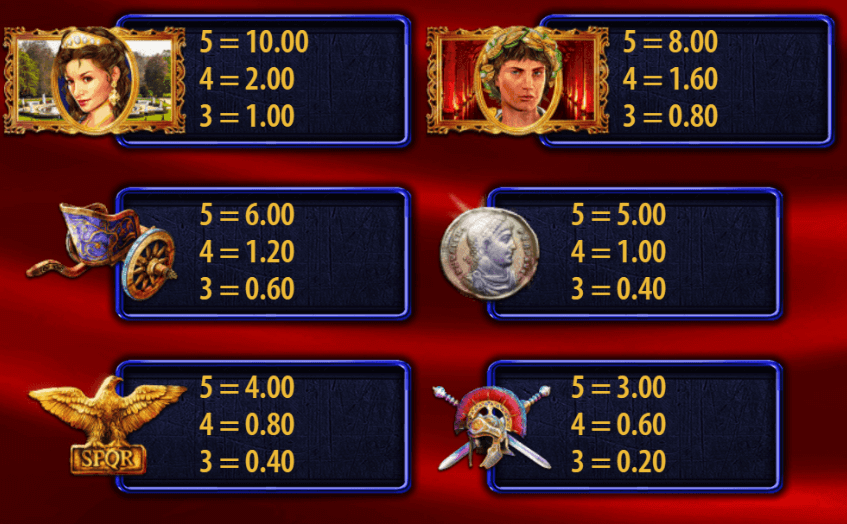 Soldier of Rome slot is a great example of how to turn regular, often repetitive gameplay in slots into something that’s exciting and unique as we’ve come to expect from SG Gaming. It has 2 main bonuses with the Free Spins Bonus and the Lightning Spins but also allows you to activate additional features by placing different bets to give you a better chance of winning. I think features like this make for some very engaging and rewarding gameplay, it’s just such a shame that the slot looks terrible. That being said, it’s certainly not enough to deter you from what is otherwise a brilliant game and I strongly recommend you try out.