NetEnt have released a sequel to the original Space Wars, and it comes with plenty of features and a good win potential. It’s a fun theme as well, with colourful characters that clearly resemble some of the toonz characters from PlayNGo. You have a 6×6 grid with cluster pays, so just look out of the following base symbols, ranked in ascending order based on their value: 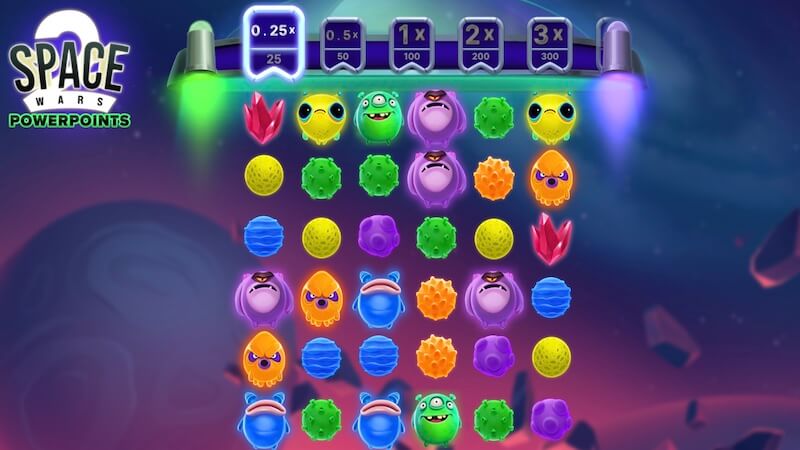 Column/Row Blaster. If you get a 4 symbol match in the game, a column or row blaster symbol is awarded. Here, all symbols apart from wilds and feature symbols on the reel where it appears are removed, adding PowerPoints to the collect meter.

Zapper. A 5 or 6 symbol match in the game will instead award a zapper symbol. Here, 1 to 4 types of symbols are randomly removed from the reels, according to the number of PowerPoints in the collect meter. The zapper symbol can appear for 7 or 8 symbol wins as well in the free spins bonus.

Bomb. A vertical or horizontal match of the same symbol in the game will give you a bomb symbol. Here, all symbols apart from wilds and feature symbols that are adjacent to it will be removed, adding to the meter. It can remove up to 8 symbols in total. If it affects a multiplier wild, it multiplies the total amount of PowerPoints awarded but its value.

Wild and Multiplier Wilds. If you get a 3 symbol match, a wild symbol is given in place of one of the removed ones. In the free spins bonus, a multiplier wild can appear instead, with a value up to 25x. These substitute for all other symbols in a winning combination, apart from feature symbols.

Powerpoints. After a win is given, PowerPoints are added to the meter. At the end of each spin, a prize is given based on the number of PowerPoints in the meter. This can be seen above the reels.

Combos. The game has a few combos on it when you get multiple feature symbols at the same time, potentially leading to bigger wins and more PowerPoints.

Free Spins Bonus. If you collect 1000 or more PowerPoints, this bonus is triggered. The number of rows now expands to 8, enhancing the effectiveness of some feature symbols. You can also get 1 to 3 more free spins when you get certain thresholds in the collection meter. 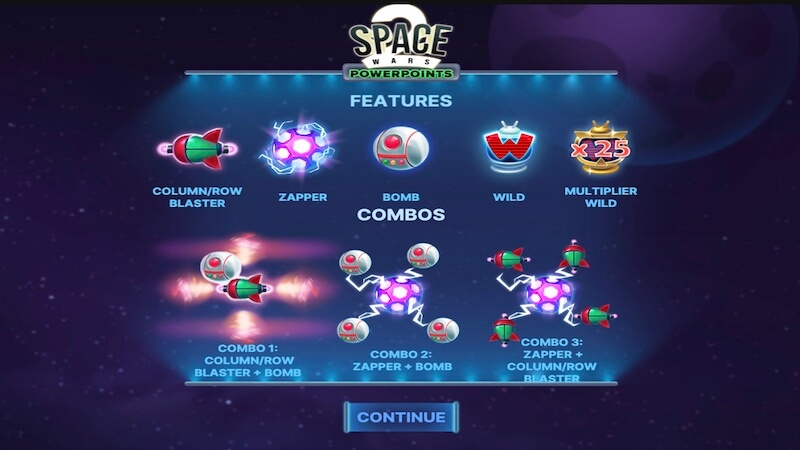 Space Wars 2: Powerpoints slot from NetEnt is quite an interesting concept, where getting more winning symbols leads directly to cash rewards based on how many you get on each spin, and of course free spins. These are played on a bigger screen and extra spins can also be won. When you get combos, you’re more likely to get more PowerPoints and this is usually the best way to get to the free spins in the first place. Personally, I quite like it. There are lots of features keeping things interesting, and a solid win potential at just over 10,000x, so check it out if you’re looking for something rather fun. 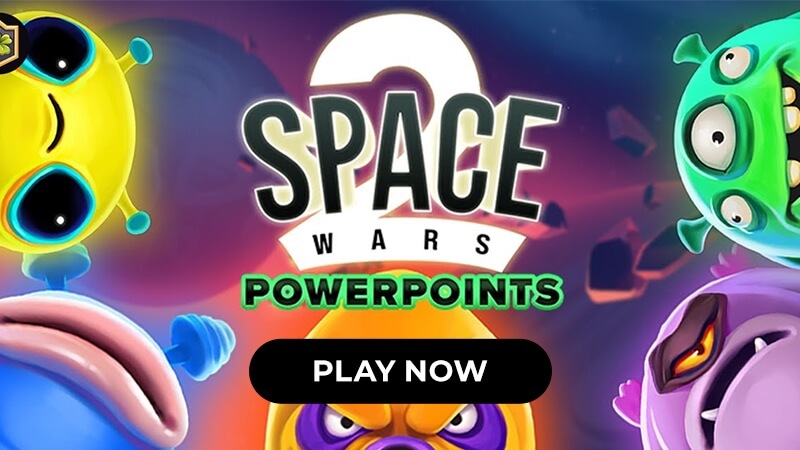 Fun Slot With Plenty Of Features