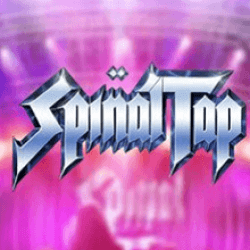 Spinal Tap slot is game from Blueprint Gaming based on a heavy metal rock band. Now this game is obviously aiming itself more at those who are fans of bands like Metallica but you don’t necessarily need to be a fan of the music to enjoy this slot because as you’ll see there are some good features that make this slot quite tempting but I’ll get onto those later. For now, let’s talk about the design of the slot and basic gameplay.

I actually really like the design here. The setting is a loud and vibrant rock concert but the foreground, while still in keeping with the theme, is actually very easy on the eye and clear to see. There are some nice touches though like using an amp to spin the reels and a VIP tag on the left which I’ll discuss shortly. There’s also some rock playing in the background but it’s not too heavy and doesn’t get that annoying, fortunately. The aim of the game is to get a winning combination from left to right using the base symbols by spinning the reels. These base symbols are listed as follows, ranked in ascending order by value:

The Spinal Tap symbol is super stacked on each reel. Additionally, there’s a Wild symbol that substitutes for all other symbols apart from the Bonus symbol in a winning combination. 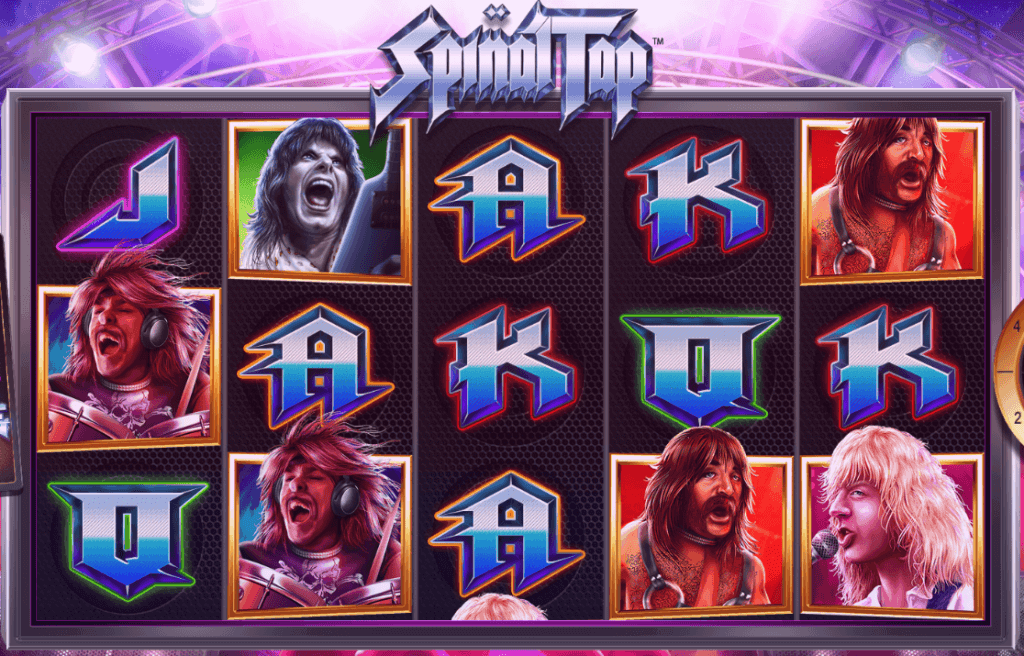 Rock Mode. This can be activated at any point when the volume on the amplifier around the spin button goes all the way up to 11. This will expand the layout to 7 reels and a whopping 2187 ways to win. A vinyl record will appear on the screen and spin with a range of numbers on the inner ring and 4 modifiers on the outer ring. This is used to determine what Rock Mode feature will be activated:

You also have a chance to turn down the outcome on the vinyl to give yourself a second chance.

Bonus Picker. This is triggered by 3 or more Bonus Scatter symbols. You can pick from Golden Vinyls to reveal 1 of 7 bonus rounds: 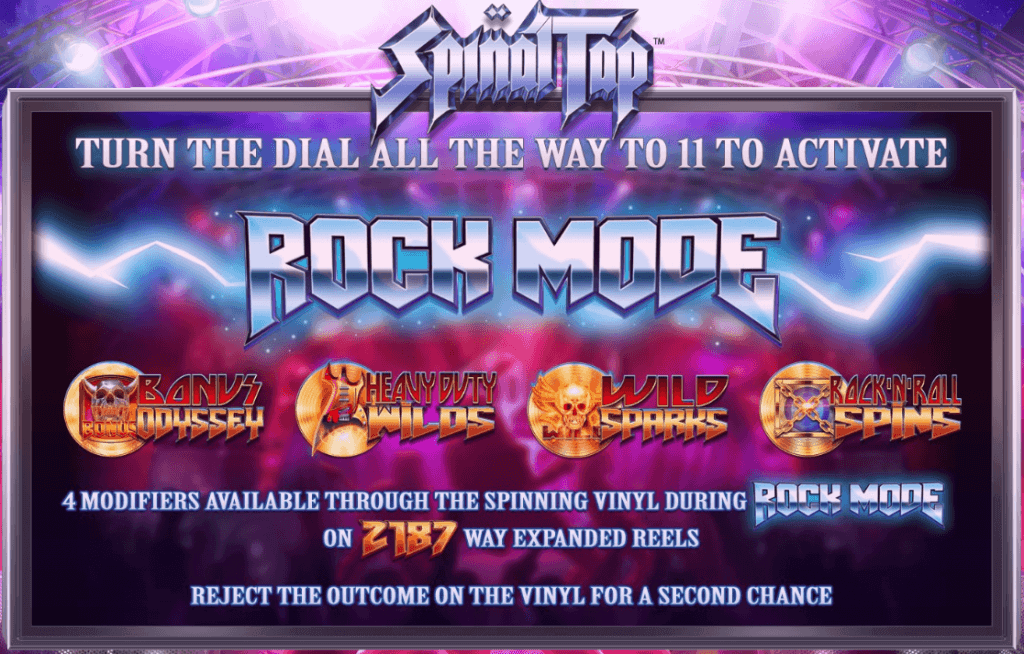 You can see that there’s a lot to like about Spinal Tap slot from Blueprint Gaming. The theme and design are pretty good although might not be for everyone. The features though are very extensive and they’ve really put a lot of work into the gameplay like we saw with Wild Circus slot. You might even argue that there’s a bit too much going on but personally, I think it really helps keep the game engaging and make it more fun. Overall it’s a good slot that has some ways of making some huge money, although don’t expect these to come up all that often.