Street Fighter 2: The World Warrior slot from NetEnt is, as you can probably guess, based on the popular street fighter game and they’ve done a superb job at bringing this old arcade game to life on the reels. Every spins involves a battle, and the bonuses include boss fights – what more could you ask for? The graphics are excellent as well; not super crisp of course, but identical to the old game for a hit of nostalgia. I think they’ve done a great job here. You have 5 reels with 5 rows too for cluster payouts, meaning you need to join symbols together for a win. These symbols are as follows: 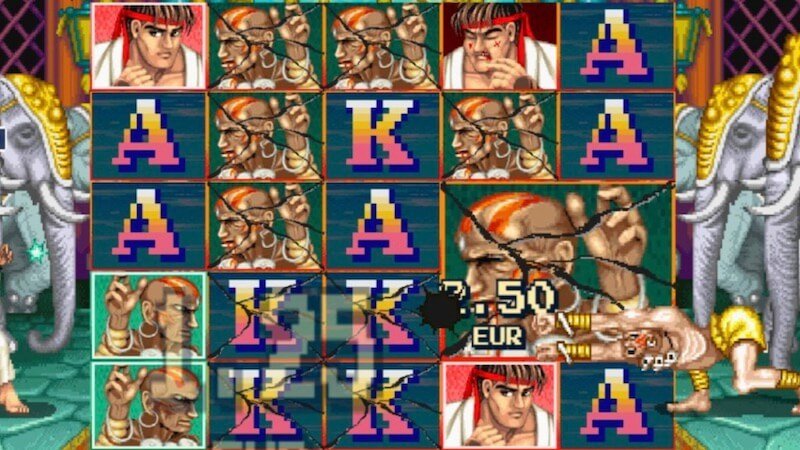 Battles. One of the many interesting features in this game is the battles. Battles are in play during the base game, and for each battle you must choose one of 8 characters to fight a random opponent with. Whenever you get a winning spin that includes your characters win or defeat symbols, you deal damage to your opponent, and vice versa. The amount of damage dealt is equal to the number of symbols in the winning combination. If you win the battle, you trigger the beat the boss free spins bonus and if you lose, you trigger the car smash bonus. As in the real street fighter, special moves are available too. Your character has a wild gauge above it, filled by 1 point for each high-value symbol in a winning combination. Once filled up and there are no wins, your character uses their unique wild combo to add wild symbols to the reels.

Beat The Boss Free Spins Bonus. When you win a battle, this bonus is triggered. There are 4 bosses to fight from Balrog up until M. Bison. Each level has a multiplier at 2x, 3x, 5x and 10x, respectively. To work your way up and fight the final boss, you must win battles and there are no limits on the free spins here. If you beat M. Bison, you also win 100x your stake as a bonus. Alternatively, if you lose you might get a chance to restart by using the insert coin feature, sacrificing some of winnings to do so.

Car Smash Bonus Game. If you lose a battle in the base game, this bonus is triggered and it’s a lot of fun. You get to take control of your character using the on-screen control panel to destroy the car. This ends the bonus and awards 5-15x your stake. 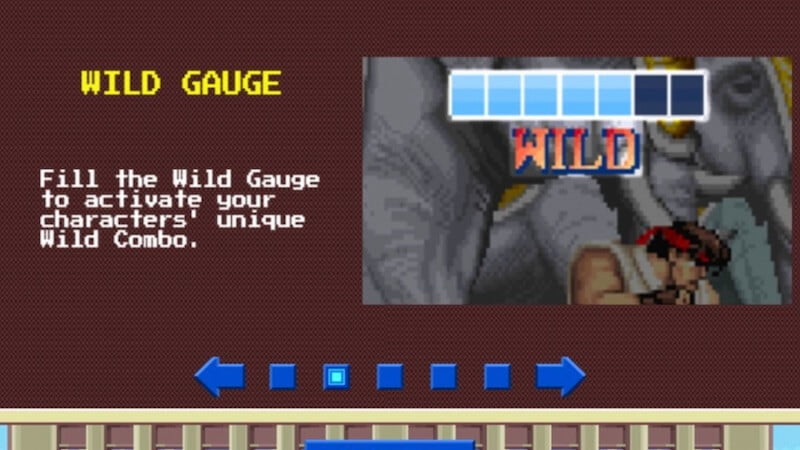 Street Fighter 2: The World Warrior slot from NetEnt might be their most fun title to date, being based on the hugely popular arcade game street fighter. They’ve done a lot of things right here; the design of the slot mimics the game very well, they’ve included a bunch of characters, and there are battles too! Unlike many slots which have boring base games, this one is always entertaining as you strive to win. The main bonus is good fun and can pay out nicely too with up to 10x multipliers available. The smash the car bonus is far less rewarding but it’s cool that you can actually control the character with buttons. Overall, it’s a highly-entertaining slot with a lot to like and I highly recommend it. You can also see some of their other slots here. 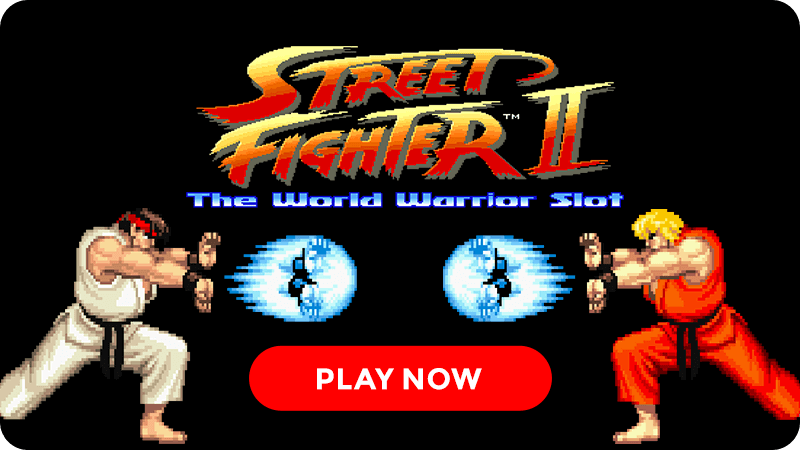 A Terrificly Fun And Rewarding Slot