Super Striker slot is a new football game from NetEnt with a fairly uncommon reel setup and only a handful of symbols. The real goal ‘pun intended’ is to get the free spins bonus as this is where the multipliers come into play and can offer you your big win if you’re lucky.

NetEnt have gone with a simple 3×3 setup here with just 5 paylines to work with. You need a winning combination from left to right using the base symbols which are as follows, ranked in ascending order based on their value:

In play is also a combination win mechanic, meaning that a combination of goal symbols, single, double or triple, will award a small reward. 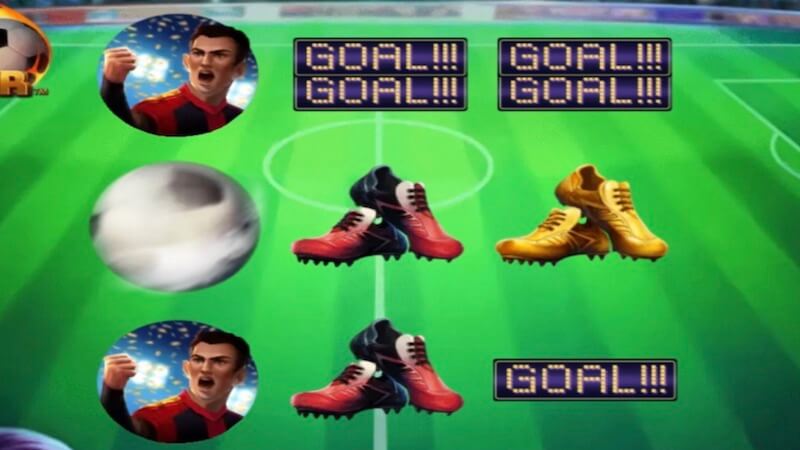 Bet Slip. If the bet slip option is active at the casino you’re playing at, it is used to track how many times a certain symbol appears on the reels during a selected number of spins. If the number of symbols required is met, a win is awarded.

Golden Scatter. The golden scatter symbol, shown as a golden football, can appear anywhere on the reels and has two functions. One is to help trigger the free spins bonus as we’ll soon see, the other is the offer a cash reward whenever it appears, chosen at random.

Free Spins Bonus. The main attraction of the game, this is where you can get some nice multipliers for bigger payouts. It’s triggered by landing 3 normal scatters or 1 golden scatter and 2 normal scatters. You have 3 free spins to start with, and only the golden scatter can appear on the reels during the bonus. Each time it does, the number of free spins is reset back to 3 and a multiplier is randomly applied to it up to 50x. When you fill an area with golden scatters, you move on the next level, increasing your multiplier. There are 5 levels, giving 1x, 2x, 3x, 5x and 10x multipliers as you go up. Each time you move up, you’ve given a win equal to the sum of the scatter multipliers times the level multiplier. 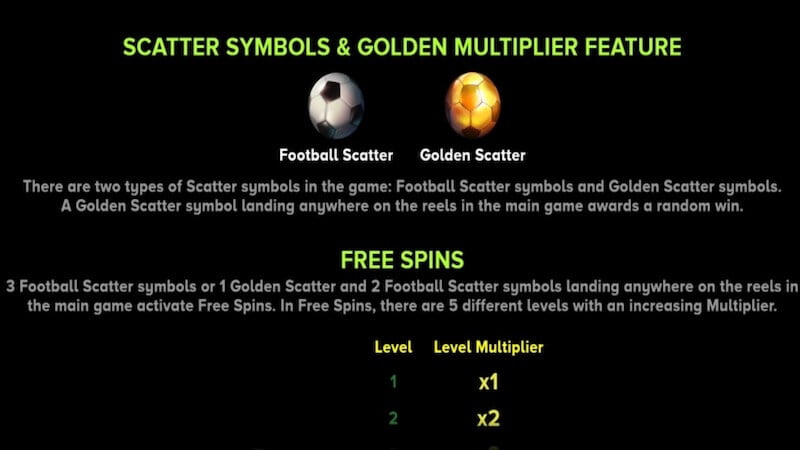 Super Striker slot from NetEnt is a bit of a different one for them, offering a less common reel setup and some interesting features. The main appeal is the free spins bonus with some impressive multipliers on offer. IT works a bit like many respin features often seen in other games, resetting whenever you land a new symbol. This one is more valuable than most mind, offering 10x multipliers if you work your way up enough levels. The bet slip feature is a nice touch if it’s available at your casino, although it doesn’t offer anything too special. Overall, I think it’s a decent game and it’s nice to see NetEnt do something a bit different, but it feels like another feature is needed to make it really stand out. You can see more of their slots here if you’re interested. 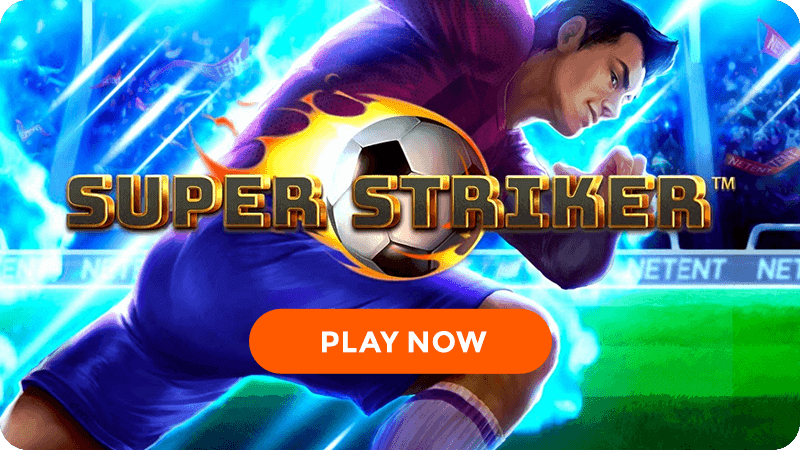 An Unusual Football Slot From NetEnt