Ted Megaways slot from Blueprint is their newest game to be based on a popular movie. Ted, from Seth McFarlane, follows a talking bear named Ted who isn’t the cute little teddy bear you had growing up, instead enjoying booze, drugs and much more. I like how Blueprint have incorporated this into the slot, with funny remarks and some good, funny animations especially when you get a win.

To get going, all you need to do is spin the reels. There are 6 of these and the top row has 4, moving horizontally. Keep an eye out on the base symbols which are as follows, ranked in ascending order based on their value:

There’s also a wild symbol, substituting for all of the above symbols in a winning combination. 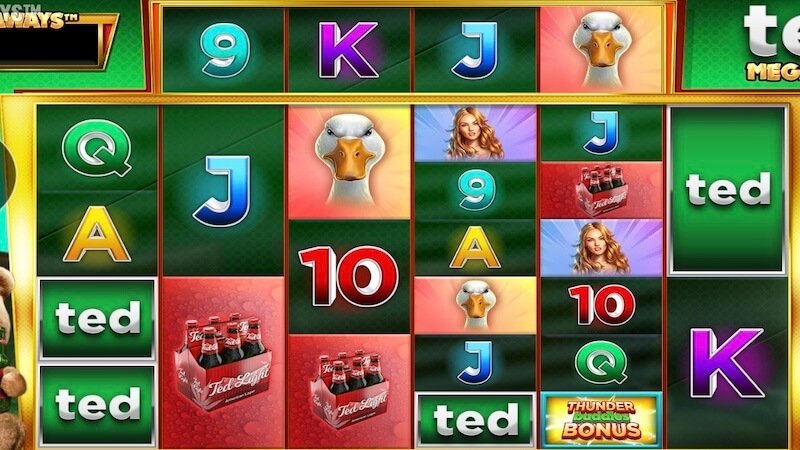 Mystery Ted. Like a number of other Blueprint Megaways slots, this one adds mystery symbols, up to 100 in fact, to the reels. These will all turn into the same symbol, chosen at random.

Free Spins Bonus. This is triggered by landing 4 scatter symbols anywhere on the reels. Every additional scatter symbol will upgrade the number of Megaways. During the bonus, an unlimited win multiplier is in play. This means that every win and cascade increases your multiplier by 1x, starting at 1x of course. You can also collect Ted symbols here, with each one being collected and 3 of them will increase the minimum number of Megaways as well as giving you another 2 extra free spins. There’s also an option to take the Thunder Wheel, increasing the risk but potentially offering more spins and Megaways than the regular 12 free spins with the base number of Megaways. 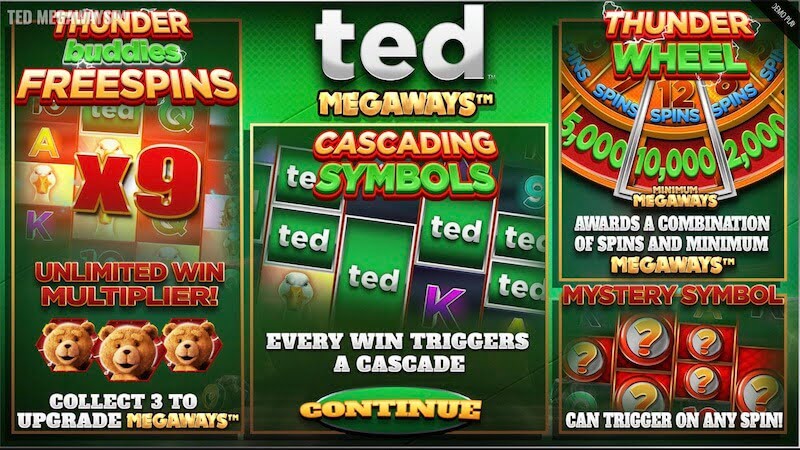 Ted Megaways slot from Blueprint is similar to many other Megaways slots from the developer, but with a theme based on the popular movie from a few years ago with a dark sense of humour. As you’d expect from a slot like this, you have cascades on each spin, and the free spins bonus offers an unlimited win multiplier. You can take a chance and spin the wheel to try and give you a better start, or play it safe. Increasing Megaways is a nice touch, although not entirely new. In short, it’s a good Megaways slot if you like this kind of thing, but there’s nothing really new here apart from the theme being based on a movie. You can find other similar Megaways slots here if you’re interested. 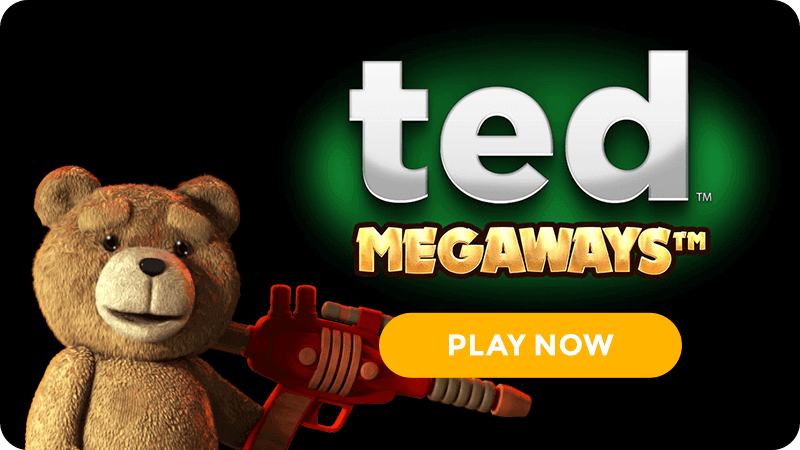 A Fun But Familiar Megaways Slot