The Grand slot from Quickspin is an art deco type slot with quite a few features on offer that can work together to give you some decent payouts. It’s a pretty high variance game meaning payouts tend to be less frequent but usually higher than other slots. Does it make for a fun and rewarding game overall though?

The design of The Grand slot, in my opinion, is a bit disappointing. I was expecting something glamorous and spectacular to really stand out, but instead it’s very full. It’s clear and I like the reels, but that’s about it. I think they could have done more here. You have a more unusual reel layout with 6 reels in total, by following a 3-3-4-4-5-5 row layout. This creates 214 ways to win in total. The RTP stands at 96.58%. To play, just spin the reels and watch them go. You need to get a win from left to right using the base symbols which are as follows, ranked in ascending order based on their value: 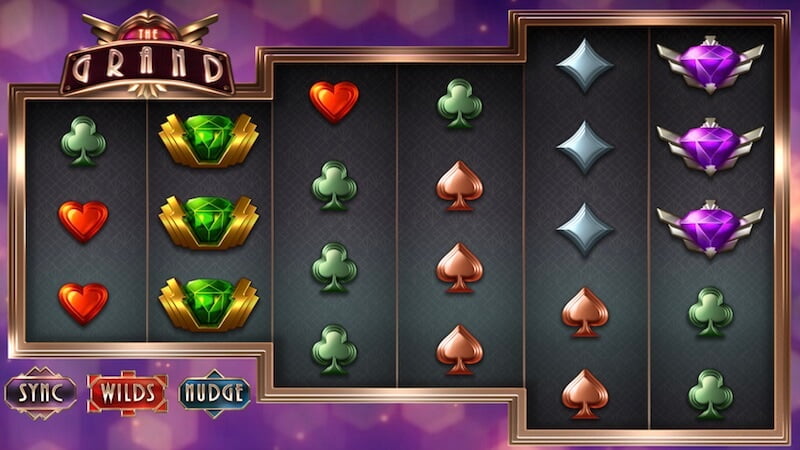 The Grand Slot Bonuses and Features

Sync Feature. This is a feature which can occur at any random point during a base game spin. It will synchronise up to 3 pairs of reels of the same height.

Wilds Feature. This feature can also occur during a base game spin, will will generate between 4 and 8 Wild symbols randomly on the screen. This is the only way to use Wild symbols in the game.

Free Spins Bonus. There’s nothing too special about the Free Spins Bonus apart from the free spins on offer, but you can activate 2 or even 3 of the sync, wild and nudge features simultaneously. Doing so can generate some pretty impressive rewards.

GRANDomizer. This unusual sounding bonus will unlock one of the sync, wild or nudge features and give you an extra 1, 2 or 3 free spins. 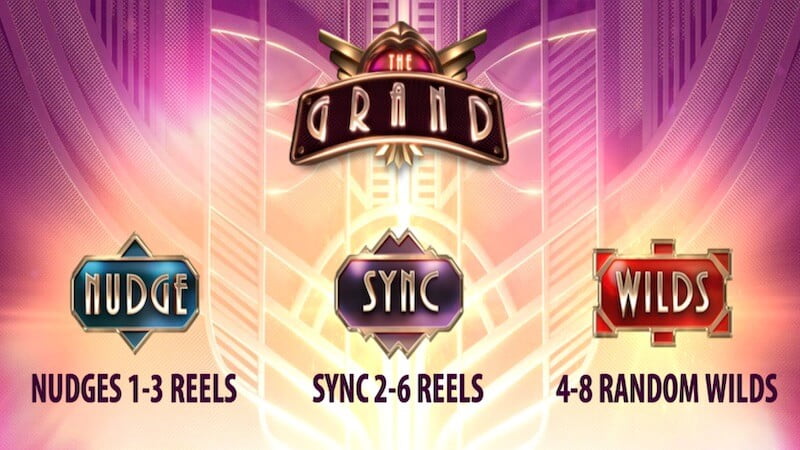 The Grand slot from Quickspin is an art-deco style slot that has a few different features that can work quite well together. The main attraction comes from combining the base game features together with free spins to generate some nice payouts. You can win up to 2900x your total stake on a single spin which might seem a little on the low side compared to some slots, but it’s decent and can happen more often than you might think. I like the game for the most part because it’s a little different and pays surprisingly well. I would have liked to have seen more done with the theme as I feel as though grand is certainly not the right word for it. However, that’s certainly not a reason to stop playing the game so be sure to give it a go and let us know what you think down in the comments section below. You can also check out some of Quickspins other slots here.