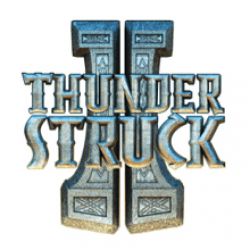 Thunderstruck II slot is the highly anticipated sequel to the hugely popular Thunderstruck slot released back in 2004. With its unique feature design, great theme and good graphics Thunderstruck II promises to live up to the hype and provide an exceptional gaming experience. The theme is based on Norse mythology, not necessarily something we haven’t seen before but with its level of detail and use of characters such as Thor and Odin, it creates a strong impact and promises to deliver on action.

Speaking of the graphics, Thunderstruck II may not be quite as colourful and have as strong graphics as some new slots we’re seeing nowadays such as Crazy Genie slot, but for the time of its release in 2010 it was top of the range, and is more than satisfactory even for today’s standards. What’s more, with the huge rise in popularity of Marvel characters including Thor and Loki, the appeal of Thunderstruck II and other slots with a Nordic theme has certainly shot up. Where this game really shines though is the gameplay and for many reasons. To start, you have a simple 5×3 setup but with 243 ways to win which for many is far more appealing than your standard 10, 20 or 30 pay lines. The RTP stands at a very generous 96.65%, considerably higher than many slots and the minimum bet you can place is 30p, going up to only £15. To play the game, you must try for a winning combination using the base symbols from left to right. These symbols are listed as follows, ranked in ascending order based on their value:

The Bonus symbol here, as well as being worth money on its own, contributes to the bonuses of the game which I’ll discuss shortly. The Thunderstruck II symbol also serves as a Wild, substituting for all other symbols in a winning combination apart from the Bonus symbol. 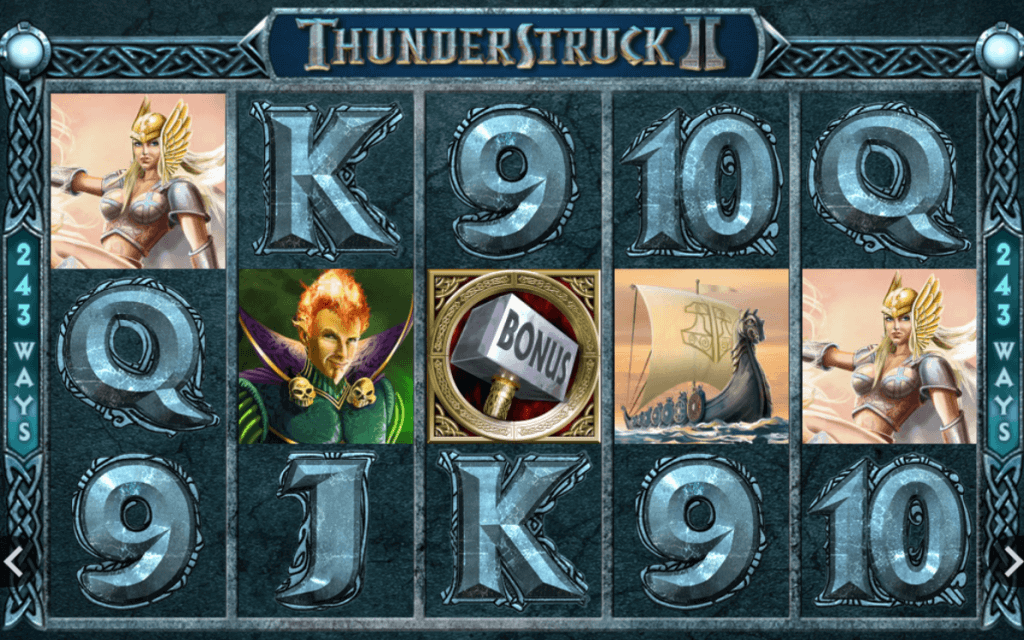 Wildstorm Feature. This feature can be triggered randomly at any time, turning up to 5 reels Wild and giving you a chance to win some serious money. Free spins cannot be triggered during this feature.

Once all the levels have been triggered, you can choose which one to play next time you trigger the Great Hall of Spins bonus. 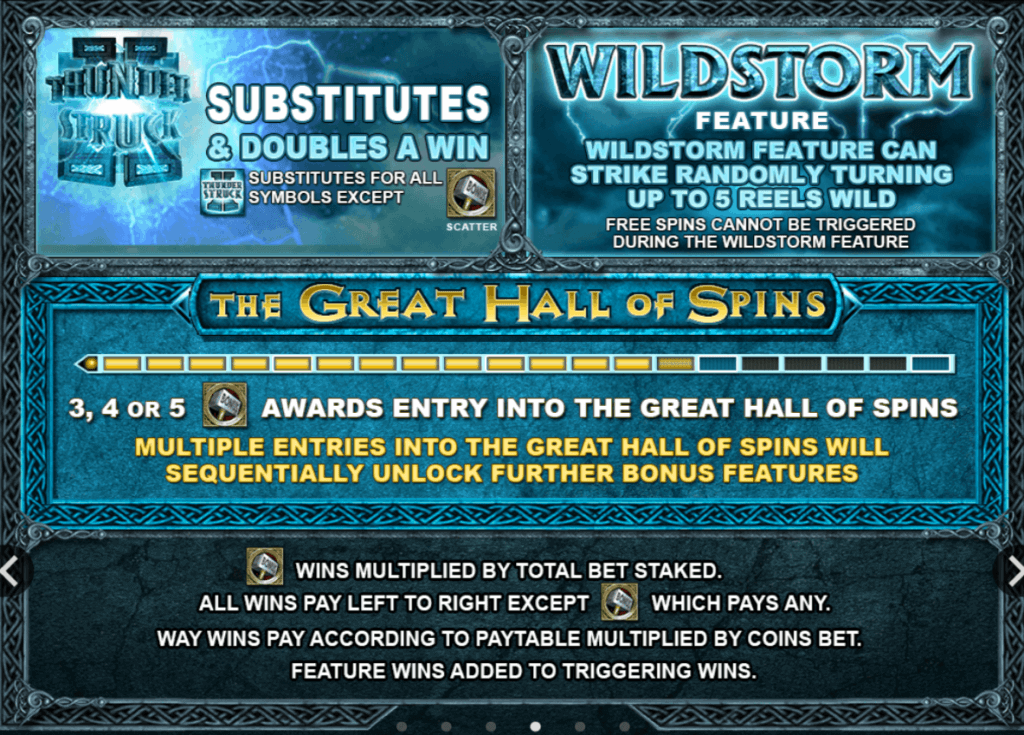 So there we have it, Thunderstruck II slot is a very well-rounded slot from Microgaming with a lot to offer all kinds of players. There are a good range of bonuses, from the progressive free spins features centred around the characters to the Wildstorm feature which has the potential to offer huge payouts, there’s a lot to keep people engaged while also paying out good rewards. Combine all of that with a magical theme that’s only becoming more and more popular and you have a slot that should appeal to most players. Even years after its release it remains one of the more popular slots with many others trying to mimic its success, so if you haven’t played it yet don’t miss your chance.