Thunderstruck Stormchaser slot is a new release from Microgaming and it joins their pretty popular Thunderstruck series that many still enjoy. Visually, I really like the look of this game, it’s probably the best in the series. It’s a Nordic theme with Thor as the main character and also serving as the Wild. You have 5 reels to play on and 4 rows to give you 1,024 ways to win. Just try to get a winning combination from left to right using the following base symbols:

In addition to these regular paying symbols, you have Thor as the wild symbol. He substitutes for all others apart from the scatters and multipliers. 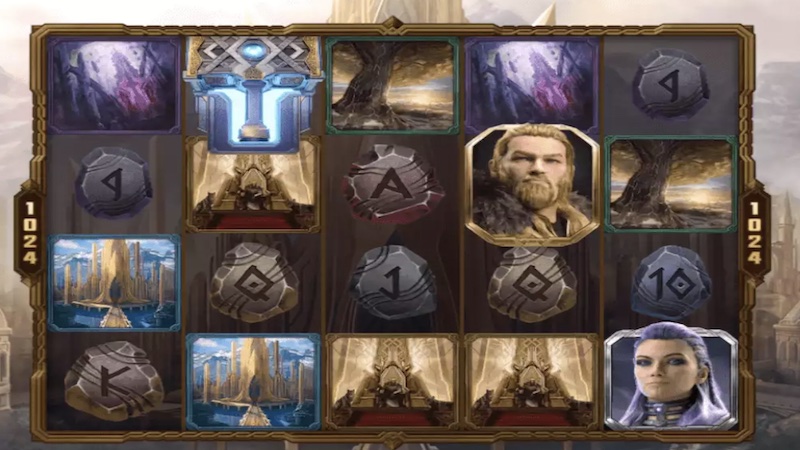 Rolling Reels. This mechanic is available on every winning spin, whereby winning symbols are removed to allow new ones to fall in from above. New symbols then fall in, within the same spin, potentially creating more wins and retriggering the mechanic.

Multipliers. Multiplier symbols are available in this game, appearing on all reels throughout the game. They come with values starting at 2x, going all the way up to 20x. All multipliers are part of a win and added together at the end of the spin.

Wildstorm Feature. This is a randomly triggered feature and it’s quite simple. You’re given a free spin, with up to 5 wild reels guaranteed, but you can get as few as just 1 though this can still be helpful.

Free Spins Bonus. To trigger this you’ll need 3 or more scatter symbols anywhere on the reels, shown as Thor’s hammer. If you land just 3, you’ll get a 1x stake reward, but 4 will give you a 5x payout and 5 will give you a 25x payout. In addition, the scatters determine how many spins and starting multipliers you have. For 3 you get 7-12 free spins with 1x up to 6x multipliers. 4 gives you 10 to 15 and 3x to 9x multipliers, whilst 5 gives you 15 to 25 free spins and a starting multiplier of 5x up to 12x. You can also land 3 or more scatters during the bonus to get 5 more free spins. Additionally, Thor can land at any point, upgrading your multipliers so you’re not stuck with the ones you start off with. Scatters also give you Windstorm tokens, with 12 or more of these activating the Windstorm feature at the end of the bonus, working as it does during the base game. 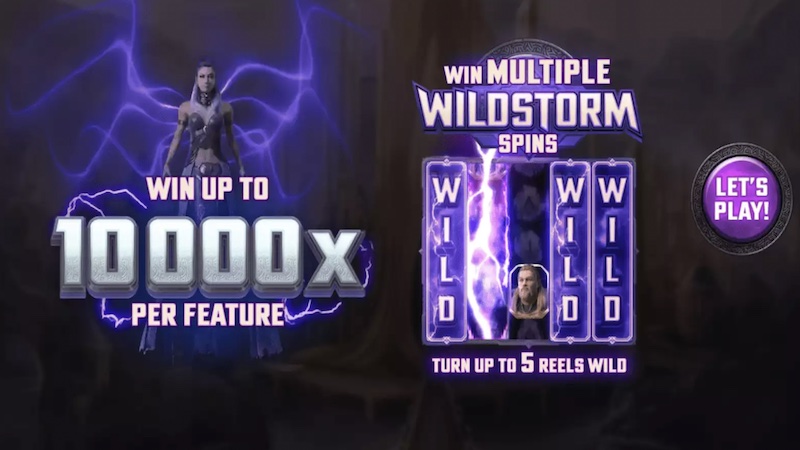 Thunderstruck Stormchaser slot from Microgaming is based on the Norse Gods, a theme that’s very popular at the moment largely thanks to the Marvel movies. It’s a nice-looking game, and I really like the high-value symbols showing you impressive places, rather than just standard characters. There are a fair few features here that keep things interesting, even during the base game. You get multipliers that add together, rolling reels and the wildstorm feature can offer lots of wild reels if you’re lucky. The free spins bonus allows you to get higher multipliers, and you might be able to get the 10,000x maximum win potential this way. It’s impressive to be sure, and the RTP is solid at 96.1%. I’d recommend it, especially if you like some of the similar games in this series. 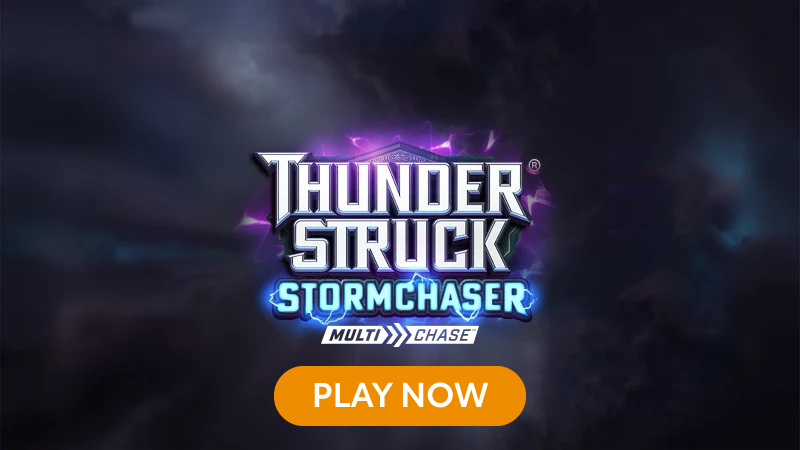 Plenty Of Features And Great Payouts