Rabcat Gaming is back with this action-packed and thrilling ancient treasure story Treasure Heroes slot. This dungeon-based slot game with a fantasy theme was released in the year 2020. It is a 5 reels and 5 rows grid slot game without any paylines. With no paylines provided in this video slot, you can match the symbols easily without worrying about the direction as instead symbols pay out by being in clusters. It has a medium volatility rate with an RTP of 96.12%.

There is a wild symbol in the game that can be used as a substitute for all other symbols during the gameplay. The Key symbol appearing during the Treasure Chamber feature is a scatter symbol, which, when it appears on the winning reels, helps you unlock the treasure.

The Treasure Chest, Male and Female Heroes (Warriors), Blue Diamond, Dragon Amulet, and the Lantern are the highest paying symbols in the game. By bringing these symbols on 5 reels, you can unlock big rewards and prizes. 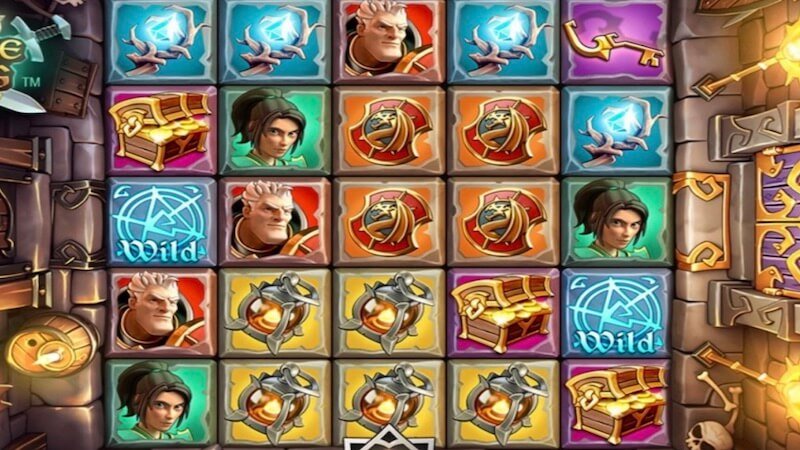 Treasure Chamber Free Spins. The door of the Treasure Chamber will get unlocked with the Key symbol during this feature. Warrior (Treasure Heroes) and the Magician (Undead Guardian) symbols will turn into fixed wilds. It will offer you 10 free spins. Moreover, the fight will last until the free spins end.

Moving Wall Feature. If the initial spin results in the cluster win, this feature is triggered. After this, the spin reels are shifted, resulting in new winning symbol arrangements. This feature will last until the cluster-wins are not achieved. This cluster-win will offer you great rewards when a wild symbol makes its appearance on the reels and reacts as sticky wilds. 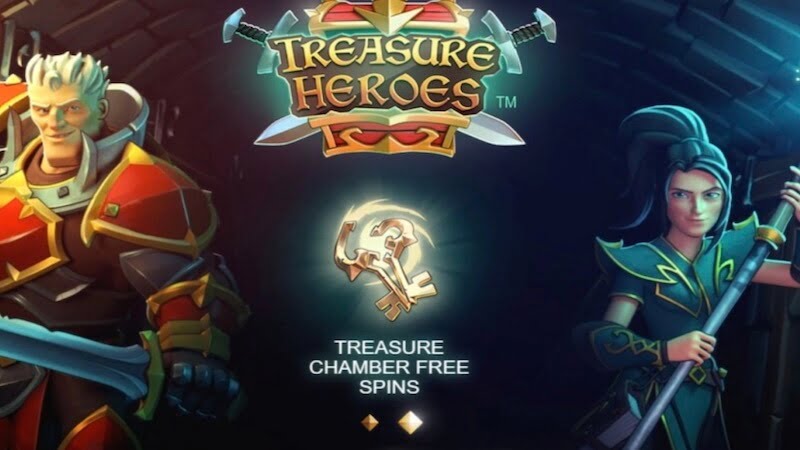 Treasure Heroes by Rabcat Gaming is a graphically sound and feature-rich slot, offering a decent amount of money when you unlock some of the features. Compared to some slots out there, the maximum payouts are a little on the low side which some people might appreciate, but overall I would say it pays quite well and it’s good fun too. If you want something a little different from a developer you may not have tried before, be sure to give it a go. You can also check out some of their other slots here if you want something different as Rabcat are known for making games that stray away from the norm. 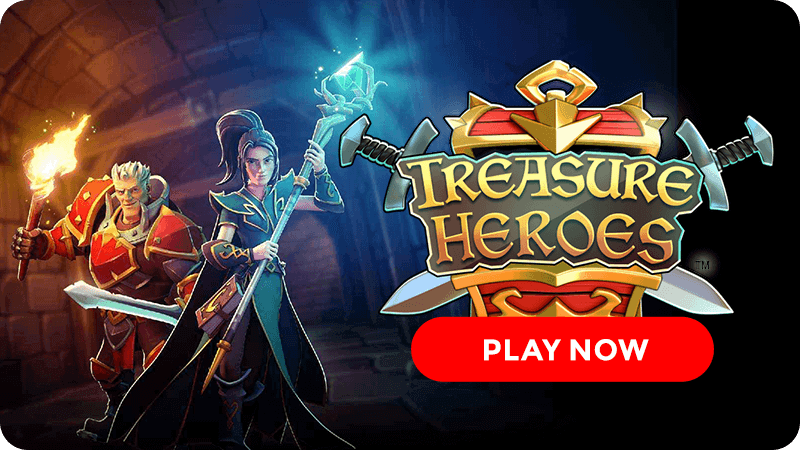 A Good-Looking Slot With Cluster Pays