Twisted Sister slot from Play N Go is perfect for you rock and roll fans, going for an interesting theme based on a young band growing up and driving their dad crazy. It’s quite a funny concept and original, but at the same time we have seen quite a few heavy-metal slots in the past which I’m not always a fan of.

This is a cluster pays slot for a change, offer a 6×6 grid where you need at least 5 symbols connected to each other to form a cluster. The symbols to look out for are:

There are a few other symbols in this game of note. One of the wild, substituting for all others apart form the wild scatter. The wild scatter works as a wild and is used to trigger a bonus, and the mega band symbol which pays mixed with the band member symbols. 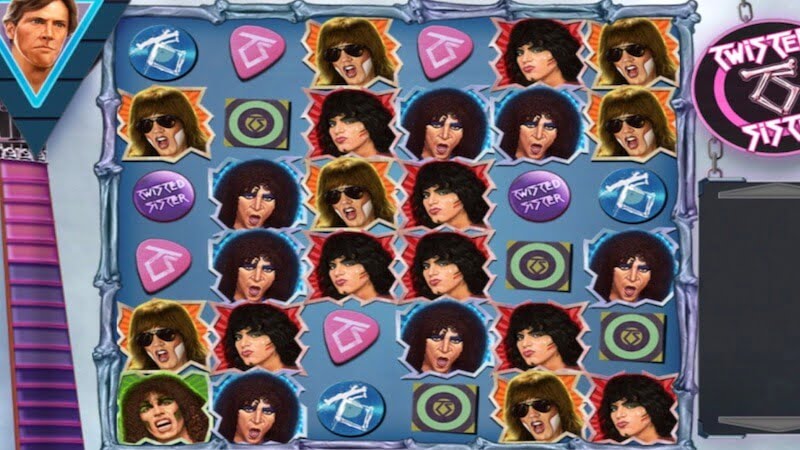 Guitar Charge Meter. When you get a win with a band member, it charges the guitar up by 1, with the guitar being able to hold 15 charges. It’s used to trigger band features which are triggered randomly is there are enough charges in the guitar. 5 charges are removed for each feature, with a random band member selected at random.

Scream. This feature destroys all low value symbols around the selected symbols.

Unite. This turns symbols into other symbols.

We’re Not Gonna Take It. If you land 4 wild scatters on the reels, this feature is triggered. For each additional wild scatter, the anger meter increases and the multiplier is raised by 1. This is important as there’s no way to increase the multiplier during the bonus. Here, mega band symbols appear, choosing a wild scatter and moving it towards it until next to each other, then removing it from the grid. The bonus ends when there are none left. The guitar feature is still in play here though, but mega band symbols don’t contribute. 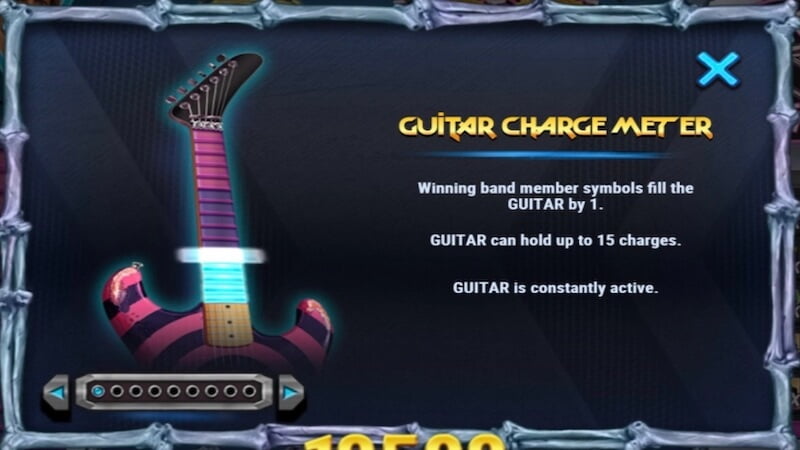 Twisted Sister slot from Play N Go is a new music-themed slot, something we’ve seen quite a bit of lately from the developer. The theme isn’t really for me, but it looks pretty good and is well designed. The base game has mini features such as removing low value symbols and adding more wilds, whereas the main feature can include some multipliers for bigger rewards and hopefully better wins in general. I’m not a massive fan of the main bonus unfortunately, and with only 4,500x stake up for grabs, less than usual for Play N Go, I’m just not sure I find this slot that appealing. I do like that it’s cluster pays though and I hope Play N Go offer some more of these in the future. 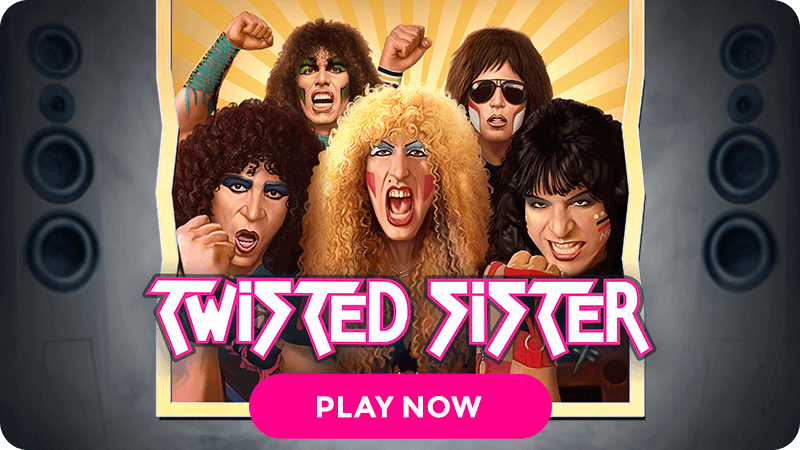 A Different Slot For Play N Go That Doesn't Quite Work