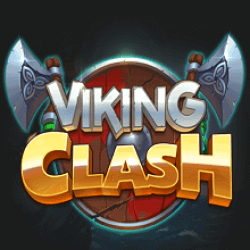 Viking Clash slot is a brand new game from Push Gaming who have provided some very strong slots in the past that have proved very popular. They’re hoping this time through a mixture of great animations and graphics and some interesting features to do the same, and I have to say that they’ve ticked a lot of boxes for a successful slot. I’ll come more on to the features later, for now, let’s look at the visual appearance of the slot.

Despite having a similar theme to Vikings Go Bezerk slot, Viking Clash slot has a much brighter and colourful design with some excellent graphics and animations. What’s most striking though is the appearance of 2 different sets of reels sitting on top of each other. Each is 5×3, and while they don’t really offer anything in terms of value or likelihood to make a bigger profit, they do certainly help the slot stand out and make things interesting, contributing to one of the main bonuses of the game. To play the slot though is like any other, where you must spin the reels in order to get a winning combination from left to right using the base symbols. These base symbols are listed as follows, ranked in ascending order based on their value: 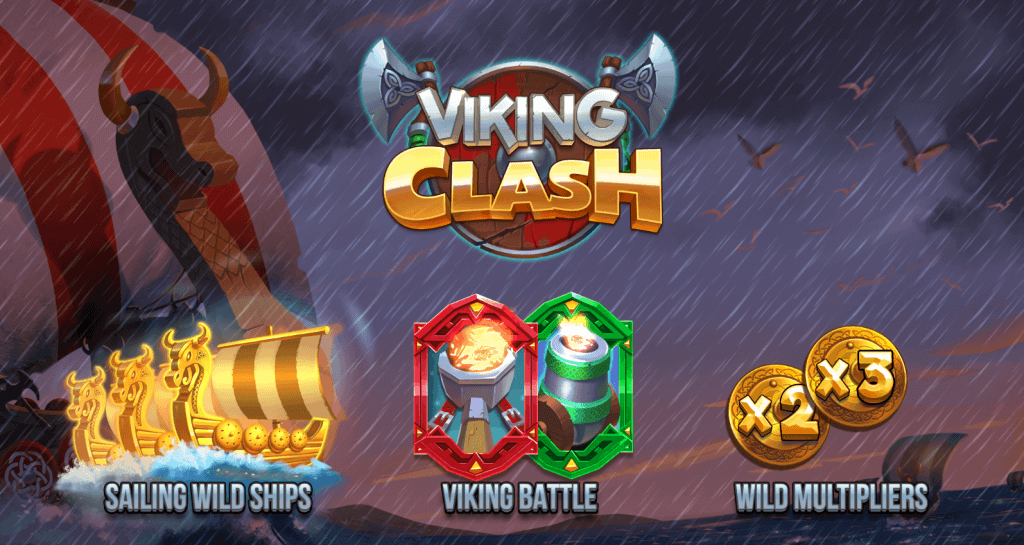 Wild Ship Feature. This is triggered randomly during the base game following a win. A wave will crash onto the reels and turn a random number of symbols into the aforementioned Wild Ship Wild symbol.

Viking Battle Free Games Feature. This is triggered by 3 or more Red Catapult or Green Cannon symbols. This could be with all symbols being the same or a mixture of the 2. For every Red Catapult symbol at the triggering of the bonus, a Wild Shield symbol will appear on the Green Reel set in position on the reel below the Red Catapult symbol. Similarly, for every Green Cannon symbol, a Wild Shield symbol will be positioned onto a random position on the reel above the symbol. If the Wild symbol is added to a pre-existing Wild symbol, then a multiplier will be added to increases your winnings. 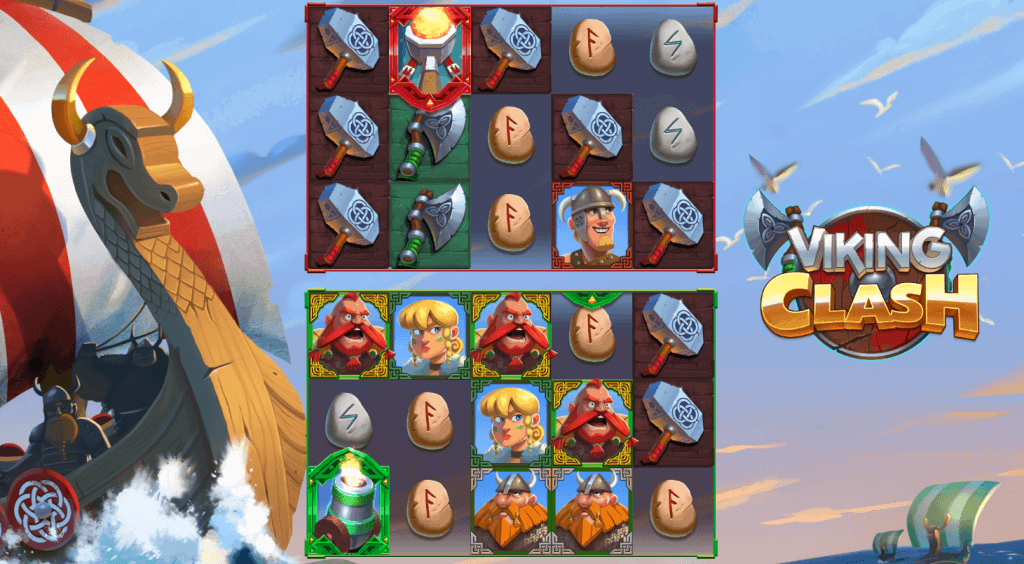 Viking Clash slot by Push Gaming certainly looks very promising when you start it up. For a start, there are some fun and very impressive animations which work very well with the graphics and colour scheme, creating an overall very impressive display that’s enjoyable to use. Obviously though, the gameplay is what really counts and that’s where I was left wanting more. There are some pretty good features with unique mechanics, such as the Viking Battle Free Games Feature which can offer quite a few Wild symbols with additional multipliers, and of course the 2 sets of reels which is certainly quite unique. Personally, I would have liked to have seen perhaps another bonus, whether in-game or it’s own feature, with something like sticky Wilds maybe. All in all though, it’s a solid slot that will no doubt prove popular with most and is without a doubt worth checking out.