Volcano Eruption Extreme slot is a very simple game and a follow on from the original, non-extreme version. The graphics are certainly improved here which is great news, and actually I think this is a really fun-looking and enticing slot. The eruption volcano surely promises a great slot, right?

Well, let’s take a look in more detail at what’s on offer here. You have a 5×3 layout offering 25 paylines which is all very standard. The RTP stands at 95.41% which is OK, but we’ve seen better. You need to use the paylines to get a win using the base symbols from left to right. These are as follows, ranked in ascending order based on their value:

These symbols are all rather basic because they only pay our when in a winning combination. However, Volcano Eruption Extreme slot has one more symbol that’s very important and one you’ll look out for. This is shown as an erupting volcano and can appear on reels 2, 3 and 4. It’s a Wild symbol so it substitutes for all other symbols in a winning combination. However, it’s also used to trigger the Eruption Feature when you have 3 of them. 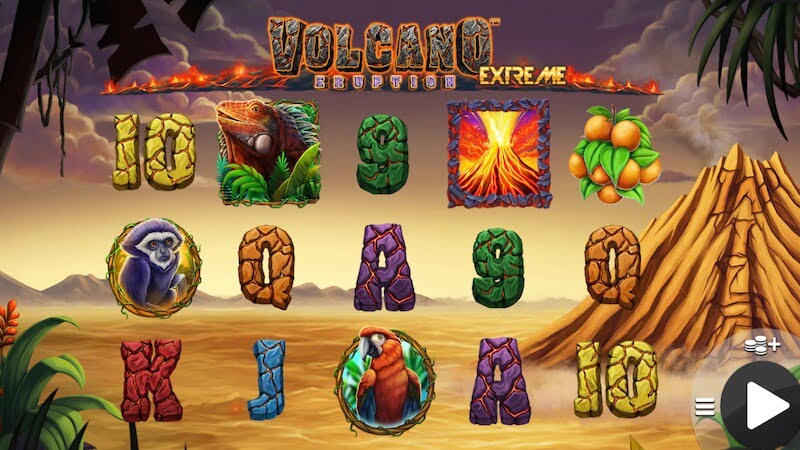 Eruption Feature. This is the main, or should I say, the only feature in the game. When it’s triggered, you’ll notice that the entire centre reel will become Wild, helping you to get extra wins throughout the feature. It will stay Wild while all other reels spin for 5 times. Not only that, but the erupting volcano can spew out random Wild symbols to land anywhere on reels 2 and 4. Unfortunately, the feature cannot be retriggered. 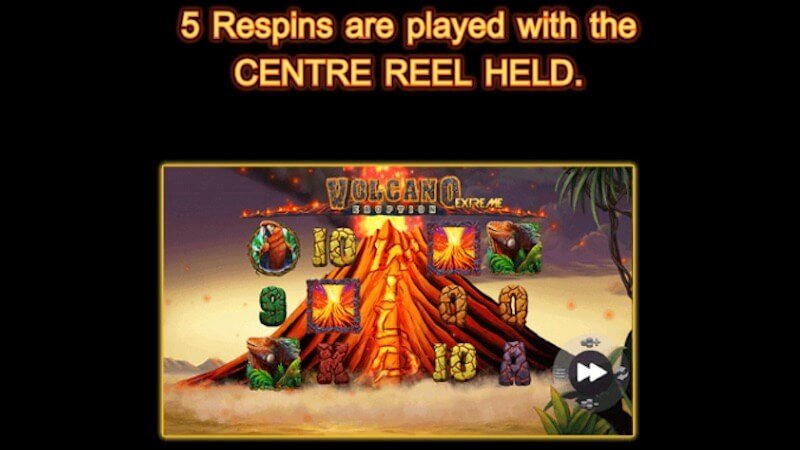 Volcano Eruption Extreme slot from NextGen Gaming is a remake of the original, non-extreme version, just like we saw with the recently reviewed 300 Shields Extreme slot. Unlike that one though, it’s a medium variance slot, offering some decent payouts on a fairly regular basis. It offers some good graphics and a nice design, but unfortunately, only one Bonus which I think is a real shame. The Bonus, like many others, is triggered by 3 symbols but these are also Wild symbols which I like. You get a few respins and quite a few Wilds if you’re lucky, but there’s just no real excitement. There’s no massive win to look forward to here, or features to keep the game entertaining. It’s a shame really because I think there’s some good potential here, but as it stands it’s just not a game I would really recommend.

Only One Bonus Is A Real Let Down