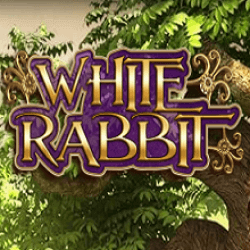 White Rabbit slot is one of many slots to base its theme on Alice in Wonderland, only they have taken a slightly different approach. Big Time Gaming have made the appearance and overall feel of this slot quite a bit darker than what you’ve probably seen from the movies, changing the appearance of some popular characters like the Mad Hatter and Tweedle Dum and Tweedle Dee to a slightly more sinister look. Personally, I like the fact that they’ve changed things up but don’t worry, it doesn’t go as far as some other games like Hellboy slot.

Moving onto the gameplay itself, White Rabbit slot is a 5 reel Megaways game and up to 7 symbols a reel can appear per spin, offering up to 16,807 ways to win. What’s more, the Extending Reels feature (more on this shortly) can have up to 12 symbols per reel each spin, offering a massive 248,832 ways to win. The aim of the game is standard though, which involves trying to get a winning combination from left to right using the symbols to form winning combinations, providing either cash rewards or a bonus. These base symbols are ranked here in ascending order based on their value:

White Rabbit slot also features, of course, a Wild symbol, which can only appear on reels 2, 3 and 4 and substitutes for all of the above symbols in a winning combination. 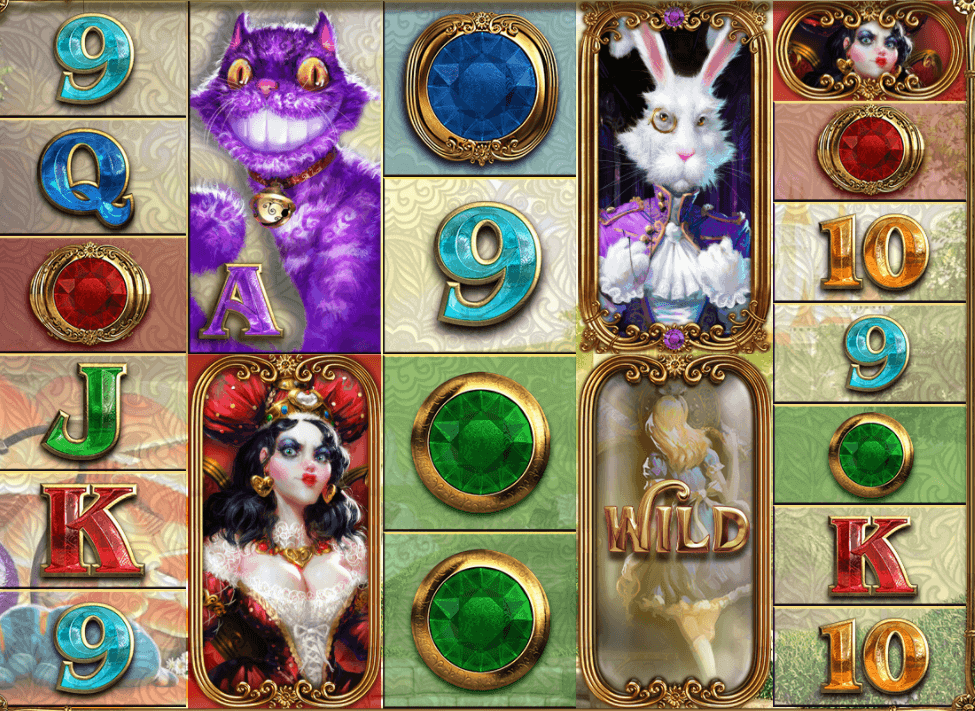 Free Spins Bonus. If the Scatter symbol, portrayed by the White Rabbit himself, appears a minimum of 3 times scattered across the screen, then 15 free spins will be awarded. Unfortunately, the symbol itself does not appear during the Free Spins Bonus so there is no way to retrigger it. The symbol appears only on reels 2, 3 and 4.

Extending Reels Feature. During any feature gameplay scenario, additional symbols may be added in order to increase the number of ways to win.

Cupcake Symbol Bonus. Everytime the Cupcake symbol lands, it’s replaced by 2 new symbols, increasing the number of symbols on that reel by 1. This can continue until a massive 12 symbols appear on a single reel. When this happens, the feature is retriggered. Additionally, the Queen’s reel is then used which offers additional Queen of Hearts symbols as well as Wilds, giving a better chance of a higher payout.

Feature Drop. Big Time Gaming have decided to implement a way in which you can buy the Free Spins Bonus at any time you choose. The initial price for this is 100x the spin bet, but fortunately the price can drop as special BTG symbols land on the reels. If the price is ultimately reduced down to nothing, then the Free Spins Bonus will automatically trigger. 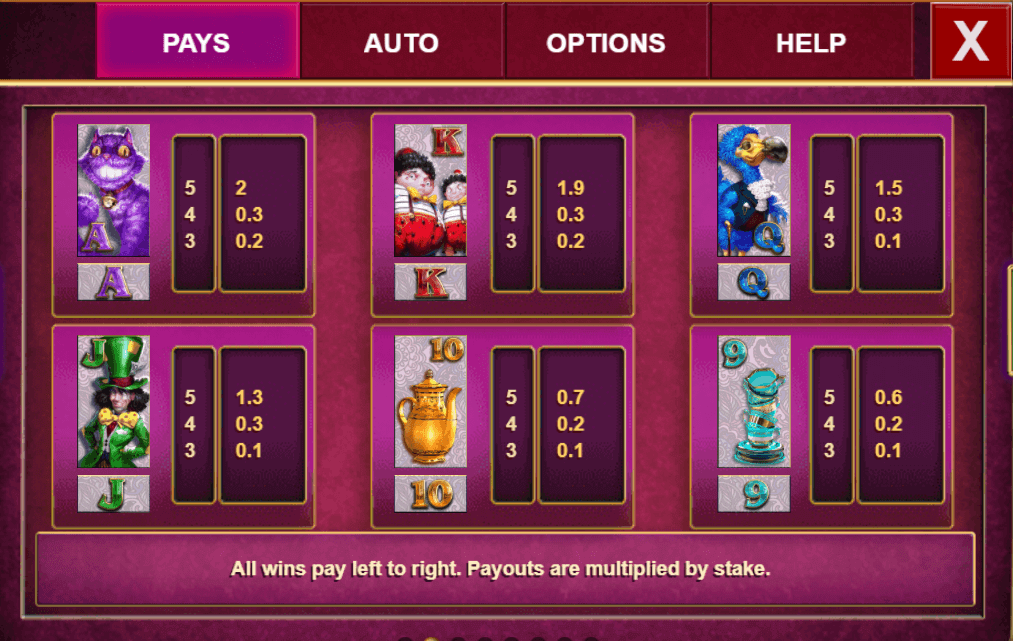 White Rabbit slot is a very fun game from Big Time Gaming, and really stands out from the crowd. There are few slots which offer so many different features all part of the standard base gameplay, and it makes the slot very engaging and enjoyable. The free spins can prove to be very rewarding, and having the option to buy them whenever you want means you can change up the gameplay at any point, although I recommend waiting for the price to drop to get better value. The theme itself works very well and I like the design of the characters. Overall, White Rabbit slot comes well recommended by me and is definitely worth a try.