Wicked Tales: Dark Red slot is a brand new release from Triple Edge Studios and they’re offering quite a unique slot with some interesting features. Some we’ve seen before of course, like free spins and using a bonus wheel to select a feature, but there are certain characteristics about these features that make them more original like the multipliers involved and picking cash rewards.

I’ll come into more detail on the bonuses available shortly, but for now, let’s focus more on the basics. The design of the slot is relatively simple with a setup that looks like it’s been taken out of a fairy tale. It looks pretty good but is definitely not as exciting as some other slots like Money Monkey slot. The reel setup is a bit more unusual, with 2 reels with 3 rows, and another 3 reels with 4 rows. It doesn’t have such a big impact on the game as other slots which use a different like this, but it does help the game stand out a bit. To play the game all you need to do is spin the reels to get a winning combination using the base symbols from left to right to get a cash reward or win a bonus. These base symbols are listed as follows, ranked in ascending order based on their value:

A Wild symbol is also available which substitutes for all other symbols in a winning combination apart from the Scatter symbol. 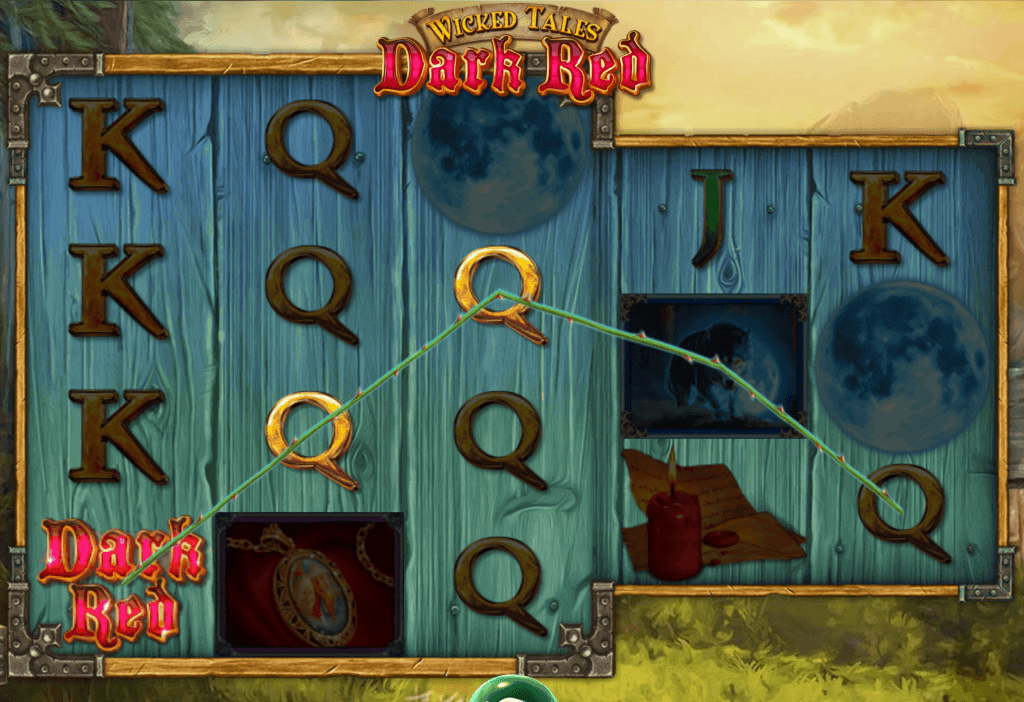 Wolf’s Wheel Bonus. This is triggered by 3 Scatter symbols, shown as a full moon, appearing anywhere on the screen. The Wheel Bonus is guaranteed to trigger a feature, and you can continue to win cash rewards up to a maximum of 20x your initial bet until you receive either the Free Spins bonus or the Forest of Fortunes Pick Bonus.

Free Spins Bonus. If you manage to trigger this bonus you will be awarded 9 free spins. The symbol that triggered the bonus will replace all other high-paying symbols during the free spins, giving you a much better chance of a win.

Forest of Fortunes Pick Bonus.  If you receive this bonus, you will be given the option to choose a bag which will give you either a cash prize, Axe or a wolf. The cash prize will have a multiplier associated with it which increases by 1x for every cash prize that is received, with a maximum of 10 cash prizes available and this will end the bonus. If you get the Axe, you will negate the effect of a wolf from ending the Bonus. The wolf will give you a reward of 1x your bet and the Forest of Fortunes Pick Bonus will end.

Wandering Reels. These reels are a group of 3 reels which all spin together and can stop in 1 of 3 positions which will determine the reels and lines played. They also contain Jumbo Blocks which are larger symbols that can span multiple reels. 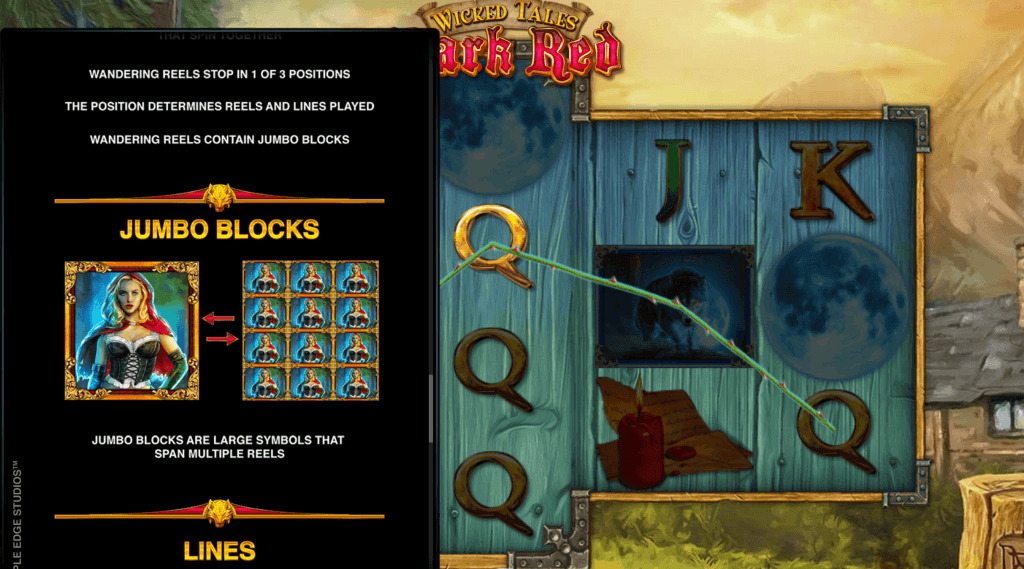 Wicked Tales: Dark Red slot is from a software developer who haven’t really made a big impact on the gambling scene thus far, Triple Edge Studios, and they’re working with Microgaming to provide some excellent, high-quality slots. With this latest addition, they are certainly hoping to make a good impression and get their name know. In many ways they’ve got a lot of things right in order to do so; they’ve offered a good range of features some of which is quite standard but many of which are quite unique and very interesting. There’s some potential for decent wins as well which is, of course, one of the most important things to consider when playing a slot, so I don’t have much to complain about although there are other slots that can pay out much better. In short, I think it’s worth giving this slot a go especially if you’re looking for something a bit different, it’s enjoyable to play and could give you a decent return.