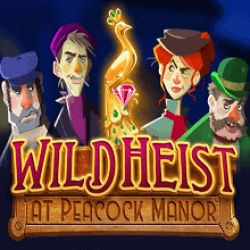 Wild Heist At Peacock Manor slot is brought to you by Thunderkick, the same company who brought you Yeti Battle of Greenhat Peak slot. Apart from just providing games with long and confusing titles, they’re also known for offering games with great graphics and fun gameplay. This is no exception and I think a lot of people will enjoy this slot. It has a real Cluedo-type feel which I think is great and it’s nice to see a theme diverge from some of the more unoriginal ones out there.

Moving on to the actual design then, Wild Heist At Peacock Manor slot is very simple in its appearance but in a good way. There aren’t lots of flashy animations but actually, I think that would ruin the theme and mystery element. Instead, it’s set in a rather eerie Manor, at night time of course, with some mysterious looking characters. Taking a look at the gameplay, we have here the usual 5×3 layout but a very strange 17 pay lines. Why they decided to do this I’m not entirely sure, to be honest we would have liked to have seen some more here but nevermind. The RTP stands at 96.1% which is pretty average and obviously would have been nice to have higher but this will do. To play the game is very simple, you need to get a winning combination using the base symbols from left to right in order to win a cash prize or a bonus, which I shall discuss below. These base symbols are listed as follows, ranked in ascending order based on their value:

The Wild symbols, of which there are many, substitute for all other symbols in a winning combination apart from the Scatter symbol. 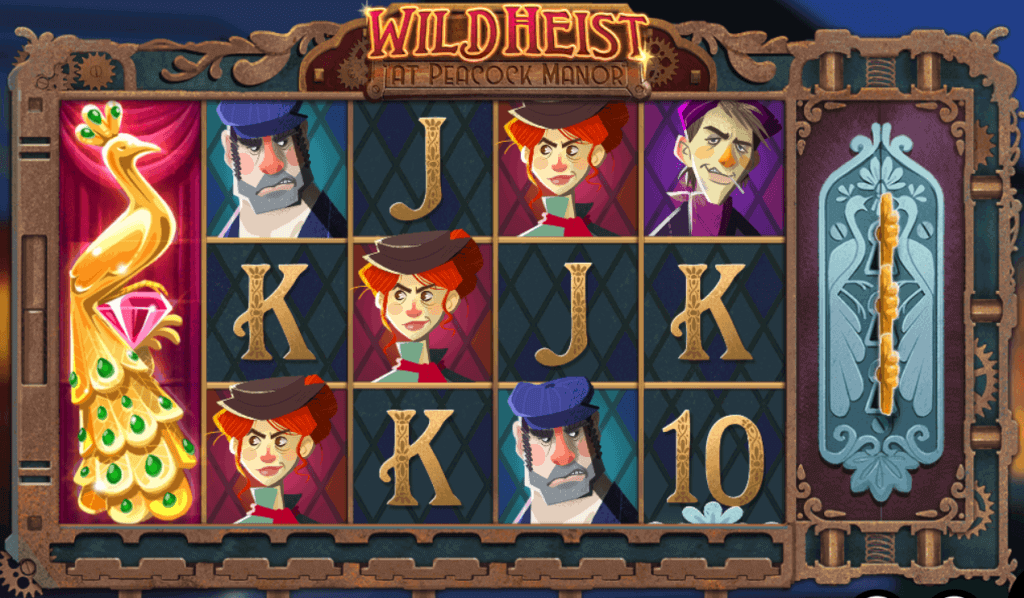 Bonus Game. This is triggered by 3 or more Scatter symbols in the form of a key and you will be given the chance to pick 3 cards. Every other Scatter symbol gives you another pick up to a maximum of 5 picks. The types of cards will decide which type of free spins game you will play. You will be given either extra free spins, an additional multiplier on each win, a Mystery Feature or a mid-win symbol which can transform into a Wild. Additionally, if you get 2 or more Scatter symbols during the Bonus Game you will be offered a re-pick. This will give you a chance to choose one extra card which could contain one of the aforementioned features. Every additional Scatter symbol above 2 will give you another pick, up to a maximum of 4 picks.

Mystery Feature. This can be awarded as one of the picks in the Bonus Game, or on a random base game spin. It can award either a Wild Reel, Random Wild or Walking Wild: 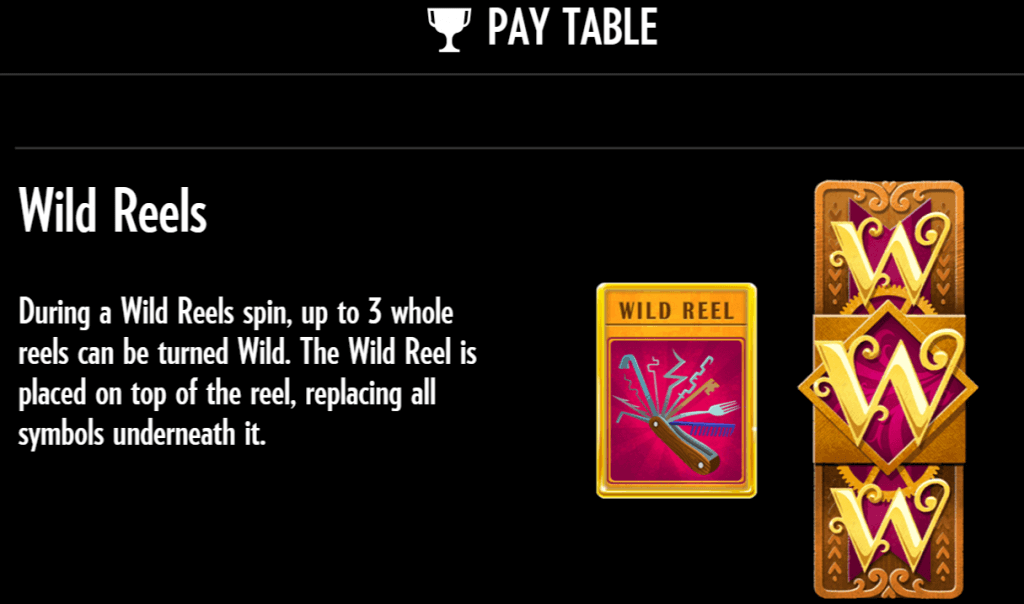 For me, Wild Heist At Peacock Manor slot by Thunderkick has a good design and some nice, original features that I think quite a lot of people will enjoy. It’s a bit of a strange game, with its 17 pay lines and features that to me don’t link very well together, but I have to say I did like playing it and I think you will too. What is disappointing is the lack of ability to win any kind of big prize. This is a low variance slot so that’s kind of understandable, but I still think they could have offered some bigger rewards. If that doesn’t bother you though and you’re happy to play a fun game and win more regular, smaller prizes then this slot could be a perfect choice for you.