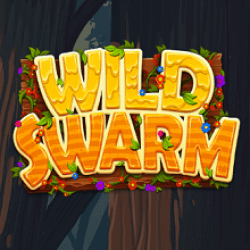 Wild Swarm slot is a brand new slot from Push Gaming that promises to be a lot of fun with its great animations and bonuses. As you can probably guess, the theme is centred around bees and honey, with fun characters that show a pretty civilized bee colony that look like they’ve come from the Bee movie.

Talking about the looks of this game, I think Push Gaming have done an excellent job with the graphics here which are very bright, colourful and have some nice detail a bit like what we saw with Crazy Genie slot. This extends not just from the backdrop or the symbols, but to the brilliant animations too with bees flying around giving you all sorts of rewards. It really helps bring Wild Swarm slot to life and make it engaging too. Moving on to the actual gameplay, here we have a 5 reel slot with 20 pay lines and a minimum bet of 20p that goes up to a maximum of £100. What’s really interesting though is the RTP of 97%, one of the highest RTP’s we’ve seen in a while. This is certain to appeal to a lot of players and for good reason! The aim of the game is pretty simple, the idea being to get a winning combination using the base symbols from left to right in order to win a cash reward or a bonus which I’ll get onto shortly. These base symbols are of course related to the theme in some way, and I’ve listed them here for you in ascending order based on their value:

As with pretty much every slot, we also have a Wild symbol, although in this case there are two. The first simply says Wild on it and substitutes for all other symbols in a winning combination apart from the Scatter symbol and the Chest symbol. The other is a sticky Wild symbol which is shown by a bee covered in honey (although it looks a lot like he’s been splat on a window or something). This symbol only appears during the Free Games Feature and the Swarm Mode Feature, and as the name suggests he will stay in that position until the feature is over. 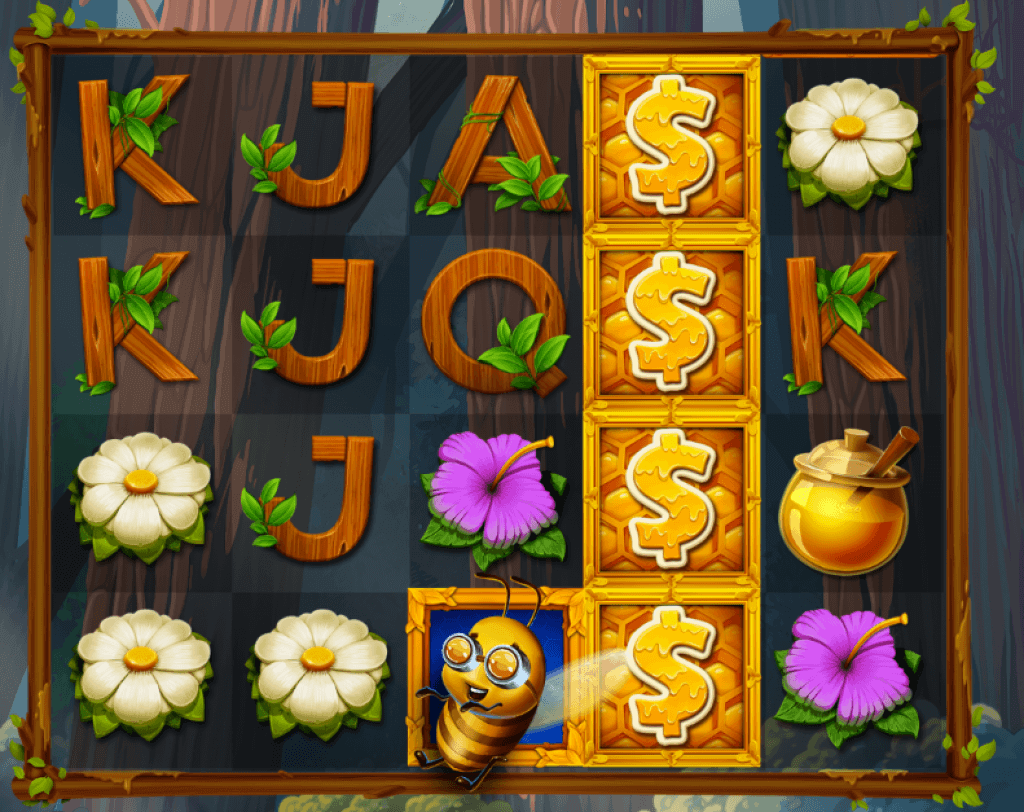 Pick Feature. If a Chest symbol lands anywhere on the screen, the Pick Feature is triggered and you will be given a selection of 5 hidden prizes to choose from.

Free Games Feature. This feature is triggered by 3 or more Hive symbols scattered on the screen or via the Pick Feature. As mentioned earlier, any Wilds that land during this feature will remain locked in place for the rest of the feature.

Swarm Mode Feature. At the start of the feature, a number of Sticky Wild symbols will be added randomly to the reel and you will be given 10 free spins. 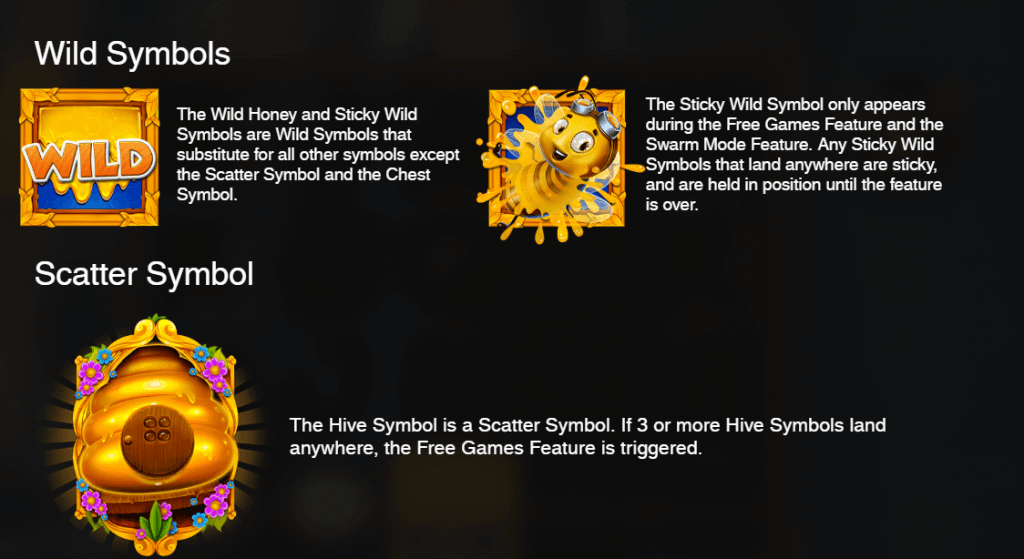 Wild Swarm slot is definitely aiming to be a fun slot the draws you in with its bright colours and lovely graphics. I think it does a great job in both these aspects, I like the theme a lot as it’s fairly original (certainly a welcome break from certain other themes like Ancient Egypt) and the game as a whole is fun which is really helped by the wonderful animations and friendly looking characters, even though they are bees! The features are pretty good, mostly based around sticky Wilds and free games although I feel like they could be a bit more involved but they do come around more quickly than others. And to top it all off, the RTP of 97% is more than generous and I hope this is a trend that we start to see moving forward. All in all then, Push Gaming have done a very good job here with Wild Swarm slot and I can happily recommend it.