Published by StopAndStep on September 9, 2019 0

Wild Tome of the Woods slot is a very calming, easy-going slot from Quickspin with a gorgeous design and simple gameplay. Set out in the woods, there are only a handful of symbols here including some animals and potions as we’ll soon see. You’ll want to get some wild tome symbols though for the bigger wins, but I’ll come onto that later. You have 5 reels here with 4 rows offering a total of 26 paylines. You need to get a win from left to right using the base symbols. These are as follows, ranked in ascending order based on their value:

In addition to the above base symbols, there’s a wild symbol also. The wild symbol will substitute for all other symbols in a winning combination to help you generate some extra wins. 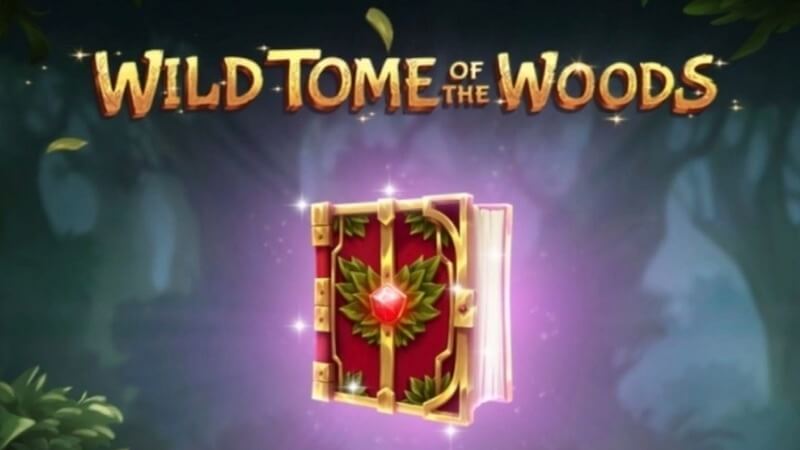 RECOMMENDED CASINOS TO PLAY Wild Tome of the Woods Slot

Wild Tome of the Woods Slot Bonuses and Features 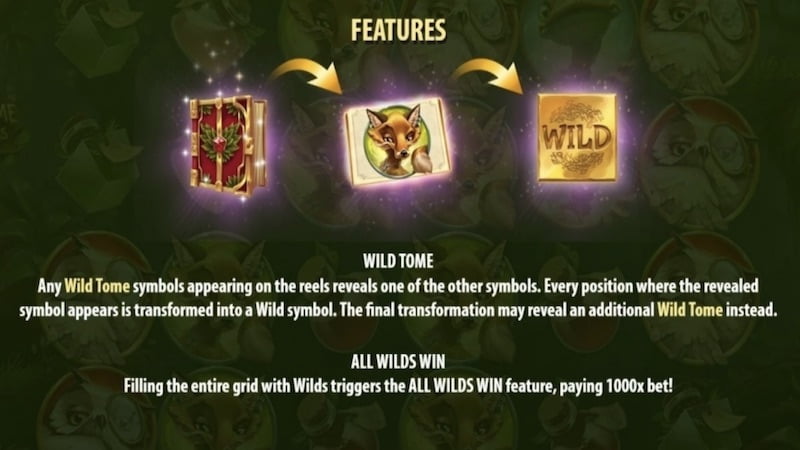 As you can see, Wild Tome of the Woods slot from Quickspin is very simple, perhaps their most basic game to date. Now this isn’t always a bad thing, but it won’t be for everyone either. Surprisingly, unlike most very simple slots, this one isn’t that low variance, but I wouldn’t call it high variance either. The obvious goal is to win that 1,000x stake bonus through the wild tome feature which is quite a cool concept and a bit different, but I have to say that not having other feature, for me at least, makes this game pretty boring after a fairly short time. I don’t think a slot needs free spins necessarily, but just some more features to spice things up would be nice. Personally, I think Quickspin have made some much better slots in the past which you can find here, but you might want to give this one a go if you like slots to be simple and relaxing. 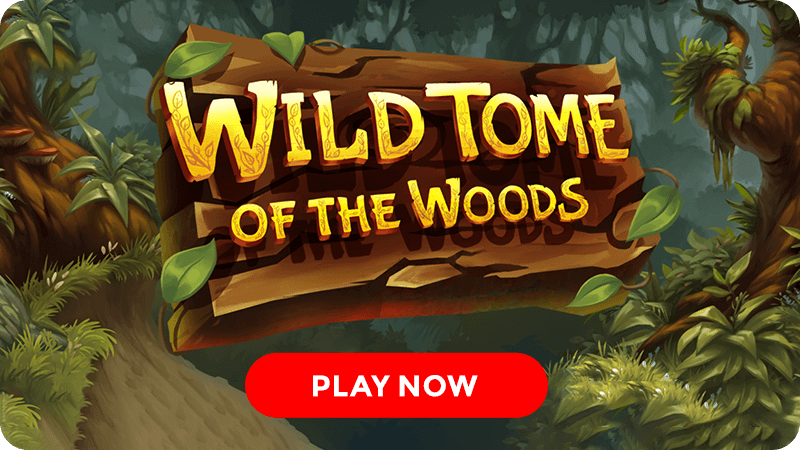 A Great-Looking Slot That Lacks Features