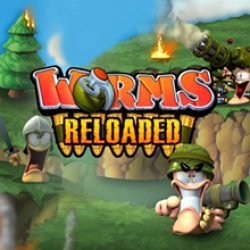 The Worms Reloaded slot is the follow-up to the original and still very popular Worms slot machine by Blueprint Gaming. The Worms Reloaded slot can be played in many online casinos, as well as UK betting shops William Hill and Betfred on their fixed odds betting terminals (FOBT’s), and some UK arcades (AGC’s). Although the slots are generally the same for the most part, the bookies versions have a few major differences which may make you decide to play online.
Like all bookies slot machines, the Worms Reloaded slot has a maximum jackpot limit of £500, the percentage is also lower than online, which at the time of writing was 91% for the £2 stake, compared to online which is slightly higher at 92.6%, although this is still considerably low for an online casino slot.

The jackpot for the Worms Reloaded slot online is 500x, so it is kind of in keeping with the FOBT version, although a £2 stake online could result in a £1000 jackpot win. The bookies slot also has Fortune Spins which I will cover towards the end of the article. 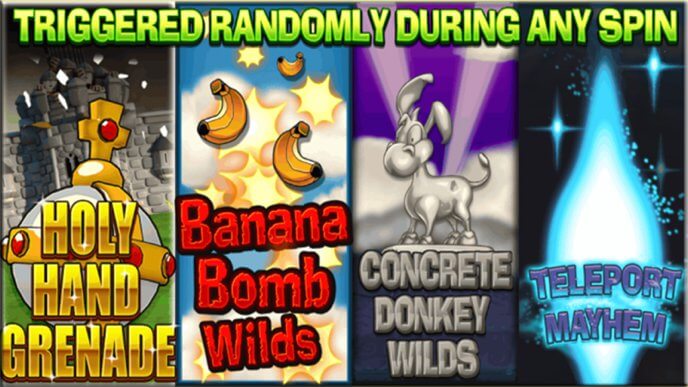 I was always a fan of the original Worms slot machine, and also the classic computer game which I still play on my Xbox from time to time, so the Worms Reloaded slot should be fun to play, right? Yes it is actually, although it lacks in some areas, and although Blueprint Gaming’s King Kong Cash is better, Worms Reloaded is still an enjoyable game. Using the standard 20 winlines and 5 reels, the Worms Reloaded slot brings a host of features, both triggered via scatter symbols, and from any random spin, taking the form of an exploding hand grenade (be aware though, the grenade can sometimes be a dud!).

The Worms Reloaded slot Hand Grenade bonuses can be triggered during any spin no mater what the stake. If you are playing in the bookies, these can still be triggered via the Fortune Spins, although as the amount of Fortune Spins is often less, you may not see it too often.

The Worms Reloaded slot also has regular reel based features. The bonus features are triggered via reels one, three and five. Reels one and three need to show a bonus symbol anywhere in view, reel five will show which bonus feature has been awarded.

The Worms Reloaded slot is very entertaining, although as there are a lot of bonus games, you can often expect them not to pay too well.

The Fortune Spins are only available on the fixed odds betting terminals in UK betting shops (William Hill and Betfred). The Fortune Spins games cost from £10 up to £50, and are all the same except for a multiplier that is applied to every win at the end of the game round. The multiplier increases up to x5 for the £50 stake, x3 for the £30 stake and so on. As the jackpot is still capped at £500, the multiplier will stop at that amount, anything over is lost to the machine, so bare that in mind before choosing the highest stake.

The Fortune Spins on the Worms Reloaded slot apply to a set amount of spins which work exactly the same as the main game. The only difference is the aforementioned multiplier, plus a feature bonus trail that can award any of the main bonus games. The feature trail is added to via overlaid ‘crates’ on some of the reel symbols, these will progress along the trail and potentially award one of the four Worms Reloaded features.
The regular game is actually better than the Fortune Spins, although if you would like to see those spins in action, take a look at my YouTube channel where many of the latest betting shop slots are played with real money.