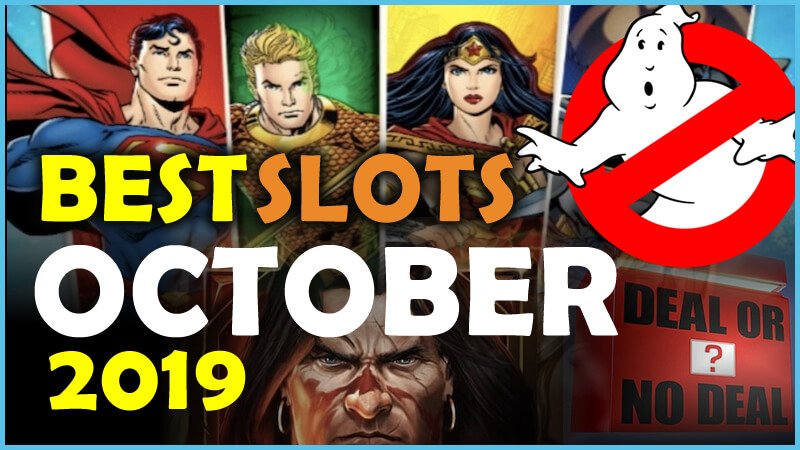 October was a great month for slot fans, with lots of new games and the odd re-release to satisfy the urge to spin the reels. Our reviewers consistently gave the new titles high scores, reflecting the high standards of entertainment, design, and gameplay on offer. There were our top 10 slots from October 2019.

IGT released this one just in time for Halloween, and the slot does an excellent job of integrating gameplay with the Ghostbuster movie theme. Join Spengler, Venkman and the team as they capture ghost wilds and move up through the game levels. The multiplier wilds are the best here, and you can increase these to 10x your stake. But the most lucrative bonus round in Ghostbusters Plus is the Zuul Free Spins Bonus. In the movie, Zuul was the evil demigod who possessed Sigourney Weaver – but if you spin 3 bonus symbols on reels 1, 3 and 5, you can make the hell hound work for you, with 25x multipliers in play. With an RTP of 98%, you won’t be afraid of no ghosts while playing this excellent IGT slot game.

iSoftBet has produced a real beauty in Lost Boys Loot, a Peter Pan-inspired slot game with some great features and decent-enough payouts. Captain Hook and Tinkerbell act as the wilds, and 3 or more Peter Pan symbols will trigger the Duelling Free Spins, where the multipliers mean a potential win of 2,410x your total bet. While that maximum return won’t be a big draw for the epic win hunters, the charming theme, RTP of 96.01% and medium variance means this slot can be played by recreational slot players who want a taste of Neverland. Lost Boys Loot is a lot of fun, but as it might well appeal to children, I wonder how long the UK Gambling Commission will allow it to stay available. Best play this one while you can, folks. 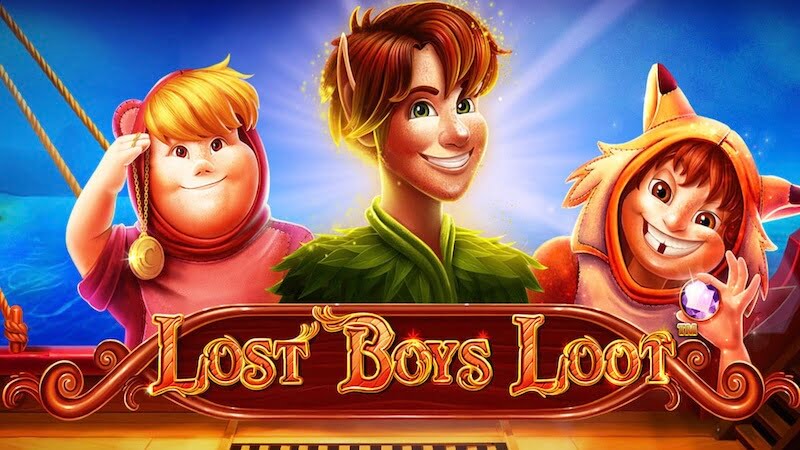 The Goonies is one of the best-loved slots out there and is a particular favourite of slot streamers. Blueprint recently updated the slot for 2019 with some added features, including access to the popular Jackpot King progressive system. Players can trigger it with any spin in the base game, so both low and high rollers can now play The Goonies in anticipation of a life-changing win. Otherwise, all the other great things about this slot have been left unchanged, with the One-eyed Willy’s Riches feature still letting you do the truffle shuffle.

Elk’s Voodoo Gold is a perfectly spooky slot for fans of this horror sub-genre, featuring the hero character Kane who appeared in a couple of other slots by this developer. This time around, the action takes place in a dark forest in Louisiana, with voodoo dolls, trees with skulls carved into them and a blues soundtrack which will send a chill down your spine. Voodoo Gold makes use of the avalanche feature to boost winnings, and the wealth of bonus features includes a Free Drops bonus. In this feature, all wild symbols are collected, turn sticky and remain in place for the duration of the bonus game. Voodoo Gold is our favourite slot so far in the Kane series, and we look forward to more adventures with him soon.

As the name suggests, this slot is another Oz-themed game, with a lock and spin feature being the main draw. It’s a beautiful looking slot, with the handsome top-hatted Wizard inviting you into his Emerald inner sanctum to spin the reels and aim for a big win. The lock and spin option is available after any spin in the base game, and you can lock any four of the five reels – at a price of course. Depending on which reels you choose, this can get pretty expensive, but this is such a unique feature that it is well worth trying out this slot just to see it in action. Although it’s quite a high variance slot, the free spins round tends to trigger rather often, making Book of Oz Lock N Spin an enjoyable game for both recreational and professional slot players.

There were a lot of Megaways slot releases in October, but the best of them was Blueprint’s Deal or No Deal. As the name suggests, this slot is inspired by the Noel Edmonds hosted show, and with 117,649 ways to win, this is your chance to beat the banker. Indeed, the Deal or No Deal bonus feature is a quite thrilling take on the actual TV game. You trigger it by spinning 4 or more consecutive cascades, and then start selecting which of 22 boxes to open. The telephone on the screen will ring, the banker will make an offer and you can choose to accept or reject it, and hopefully end up with a big win. This feature is awesome entertainment, although in truth it doesn’t often pay too well in itself. But with 10,000x your stake potentially on offer, Blueprint’s version of the Deal or No Deal theme is the best one out there for slot players as well as fans of the show.

This boxing-themed slot is named after the famous catchphrase of announcer Michael Buffer. The soundtrack is a Rocky-inspired rock anthem, and the symbols include referees, gloves and the boxers themselves. The highest-paying symbol is Buffer, and if you get six of him across a payline you will receive 4x your stake, while the speed bag acts as the wild. Although there are no free spins per se, Let’s Get Ready to Rumble is still feature-rich, with the Rumble Spins being the most lucrative. Unlike many new slot releases these days, Let’s Get Ready to Rumble is low to medium variance, so while this one is no Thriller in Manila, it’s perfectly acceptable for some casual gaming, while still managing to pack a punch.

Playtech released a Justice League slot back in 2017, based around the DC Universe movie reboot. That may have looked great, but this newer version is better for readers of the actual comics. The symbols include beautifully drawn versions of Aquaman, Batman, Wonder Woman, and Superman, while the wild symbol bags you 10,000x your stake if you line up 5 of them on the same payline. Of course, this slot also gives you access to Playtech’s DC Jackpot feature, where you get the chance to win one of three progressives. The Grand Jackpot comes with a minimum prize of £200,000 – which won’t make you as rich as Bruce Wayne but is still a life-changing amount.

NetEnt’s Conan slot is one of the most well-thought-out slots of the year, with stunning graphics, and terrific gameplay which puts you in the driver seat. One thing we really like about Conan is that the player can choose between 3 free spins bonus rounds, each with different levels of volatility. Temple of the Serpents was our favourite, as it was high variance – and when we play bonus rounds, we want the chance to win big. But it’s always nice when slots offer some choice in the gameplay. Overall, Conan has a decent RTP of 96.01%, and that, combined with the excellent graphics and haunting soundtrack makes this an instant classic.

Play n’ Go’s Demon slot is based on the English heavy metal band of the same name, who have been rocking away since 1979. No, I hadn’t heard of them either, but that shouldn’t stop you from giving this slot a spin, as the soundtrack is pretty fun, and the backdrop of a graveyard populated by ghouls is really rather impressive. And if you happen to be a Satan-worshipper, you really need to try Demon, as there are inverted pentagrams and horned devils aplenty. The payouts on Demon are decent too, with 5000x your stake possible on the One Helluva Nights free spins bonus. Demon is high variance, but if you like the dark and scary theme, you certainly won’t mind waiting for the big rewards.

Which slot did you most enjoy playing in the month of October? Let us know in the forum and our crack team of reviewers will take it for a spin.