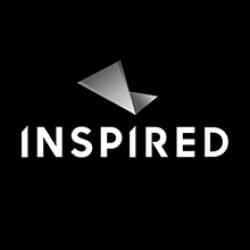 20p Shot is a new slot by Inspired Gaming, released in time for the World Cup 2018. 20p Shot is a lo-tech, highly volatile slot with a maximum jackpot of £500, and can be played in William Hill and Betfred on their fixed odds betting terminals. The stake options are 25p, 50p, £1, £2 and Fortune Spins, all played on three reels with five fixed paylines.

As 20p Shot is World Cup themed, you won’t be surprised to find that all of the slot symbols are football focused, with country flags paying the lower values, up to football players and 20p Shot logos paying the upper wins.

20p Shot only pays for three of a kind wins, and as it is highly volatile, the wins are reasonably high, even the lowest ones. On £2 stake, the wins are as follows: 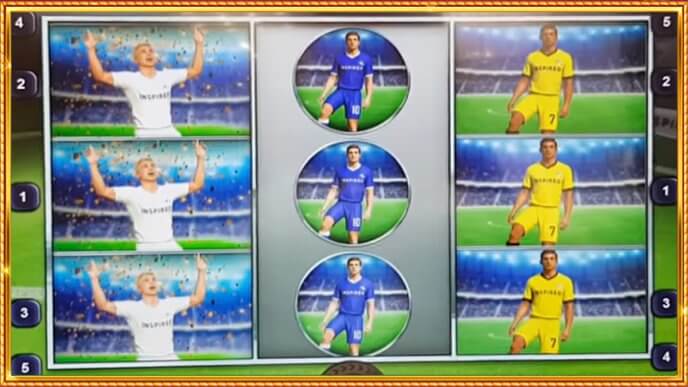 20p Shot is very basic, and as there are no bonus games or features, playing is incredibly straight-forward. All symbols are stacked, except for the 20p Shot gold and silver logos, so it is possible to hit a full screen of any symbol, all of which would pay generously.

The game is very volatile, which doesn’t usually work too well on bookies slots as the jackpots are too low (£500). This will mean winning spins are often few and far between, but any wins are relatively high.

One thing you may notice about 20p Shot is that it is an exact copy of Inspired Gaming’s 20p Slot. The only differences between the two are the graphics, everything else is the same, right down to the bonus gamble.

Bonus Gamble: The gamble on 20p Shot is very good, and is unique amongst fixed odds betting terminal slots. Any win can be gambled on a 50/50 basis up to a maximum of £500, or to a value of anything above £250. You can see the gamble in action on this YouTube video.

Five cards will be dealt face down, the dealer will then turn over the first card on the left, you then have a choice of any of the four remaining cards in order to beat the dealer. Ace is high, and any same value is a draw.

This is a clever gamble which is popular on video poker slots in Las Vegas. There is a draw-back however which may put some people off; the dealers card can sometimes be unbeatable or very close to it, so you don’t really have a chance of a win at times. Countering this though, the dealer may start with a 2. It’s the chance you take, and is enjoyable.

20p Shot is basic but good fun. The long dry patches between wins are often countered by clusters of high valued wins, but it may need time to bring both ends of the game into action.
Currently there is no online version of the slot but 20p Shot can be played in William Hill and Betfred betting shops.