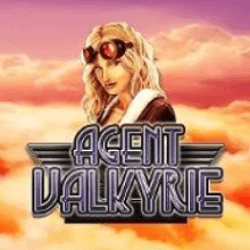 Agent Valkyrie slot is brought to by 2by2 Gaming, not one of the biggest software developers around but they certainly have potential. This time, they have decided to create a game based around aviators, in particular, the main character Agent Valkyrie who bizarrely doesn’t actually feature as one of the symbols in the game.

I think the theme has the potential to be pretty exciting, but unfortunately it’s let down a bit by the pretty boring design and mediocre graphics. As one of the smaller developers in the game, this isn’t too surprising, but do they make up for it with the gameplay? In short, yes. 2by2 Gaming have gone for something we don’t usually see in slots, the ability to turn it into your own game but I’ll come onto this more below. The basic layout is just a 5×3 setup, with an RTP of 96% so nothing surprising here. To play the game, you must spin the reels and try to get a winning combination using the following base symbols which I have ranked in ascending order:

The Wild symbol, of course, substitutes for all other symbols in a winning combination apart from the Scatter symbol and the Coin symbol. 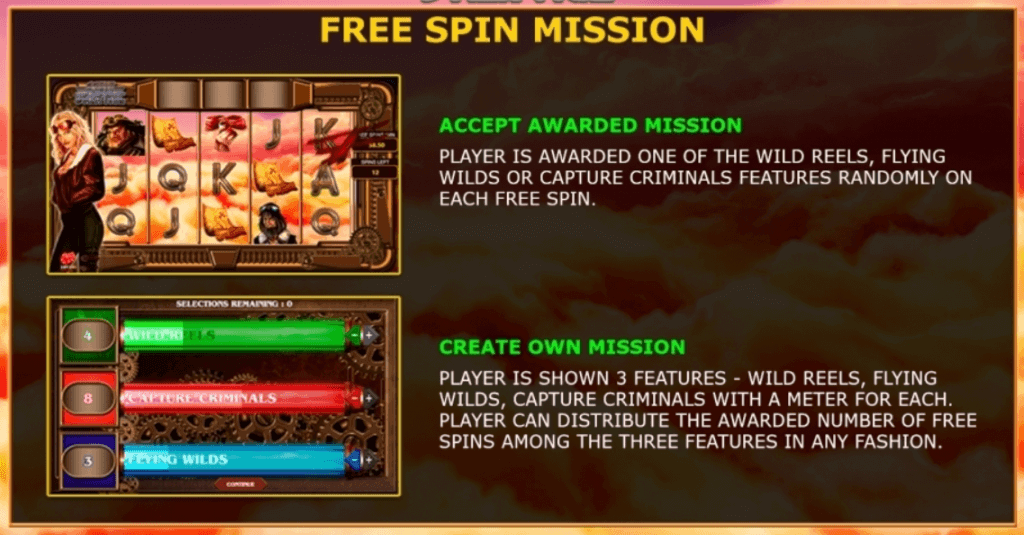 Base Game Feature. I don’t know why they didn’t give the bonus a name like most developers do, but there you go. If a Coin symbol appears on top of a reel it will be collected. When 3 coins are collected on that particular reel, you will be given a respin and one of the following features depending on the reel:

Wild Reels Bonus. Nothing too fancy here, but 1 or 2 reels will turn completely Wild, increasing your chances of a winning combination.

Flying Wilds Bonus. This will convert a random number of symbols on the screen into Wild symbols.

Capture Criminals. This is a more interesting bonus that will turn any of the criminal symbols into Wild symbols as they have now been captured. These are the Large Man, Woman or Thin Man symbols.

Free Spin Mission. If 3, 4 or 5 Scatter symbols land anywhere on the screen at the same time, the Free Spin Mission will be triggered and you will be awarded either 7, 11 or 15 free spins, respectively. Unlike with most bonuses, you actually get to choose between the mission the slot gives you, or to create your own mission. Whichever you choose, any additional Scatter symbols will award a free spin, but only 1 Scatter symbol can appear at a time.

Accept Awarded Mission. For every free spin, you will be given one of either the Wild Reels, Flying Wilds or Capture Criminals Bonuses.

Create Your Own Mission. Here you will be given 3 features: Wilds Reels, Flying Wilds or Capture Criminals. Each one has its own meter, and you can distribute your number of free spins between these as much as you like. 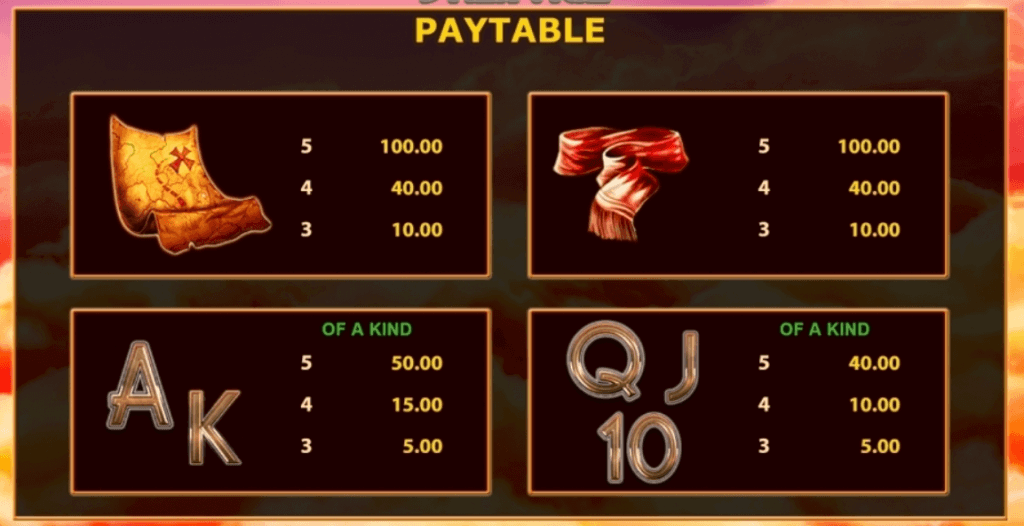 I have to say, Agent Valkyrie slot really surprised me in how the gameplay works and the fact that it actually gives you some level of control over how the game plays. There are very few slots that let you decide the type of bonuses you get like the Create Your Own Mission feature does, and I think it’s a brilliant idea. I’m sure a lot of people will choose this over the Accept Awarded Mission feature and it makes the game significantly more engaging. The bonuses aren’t that amazing it has to be said, but it’s nice to see that they’re mixed between being played in-game and through the main free spins bonus. I’m not a huge fan of the design, the graphics are very mediocre and don’t stand out much at all. Overall though, 2by2 Gaming have done a great job that I hope other developers will take a lesson from and implement more control over their slots. Looking for other great slots? Check out our recent review of Dwarfs Gone Wild slot.