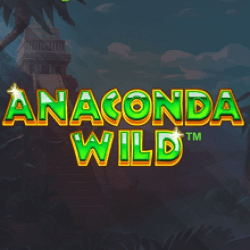 Anaconda Wild slot is a new game from Playtech that takes you deep into the jungle back in the times of the ancient Aztecs. You’re probably thinking that this all sounds familiar and you’re right, the Aztec theme has been used extensively for many slot games, but if done well and combined with nice features it doesn’t have to mean the slot itself is bad.

The design here is actually really good. It’s simple, but the graphics are good and there’s something about the colour scheme that really works; it’s very easy on the eye and doesn’t directly copy any other Aztec slots like Jaguar Temple slot. Another feature that sets this game apart is it’s 6×4 reel setup with 50 paylines. This is more than we usually see and it makes a nice change. The RTP stands at 95.48% which is very standard so not much to say about that. To play the game is very simple as you might expect. You just need to spin the reels to get a winning combination from left to right using the base symbols. These are listed as follows, ranked in ascending order based on their value: 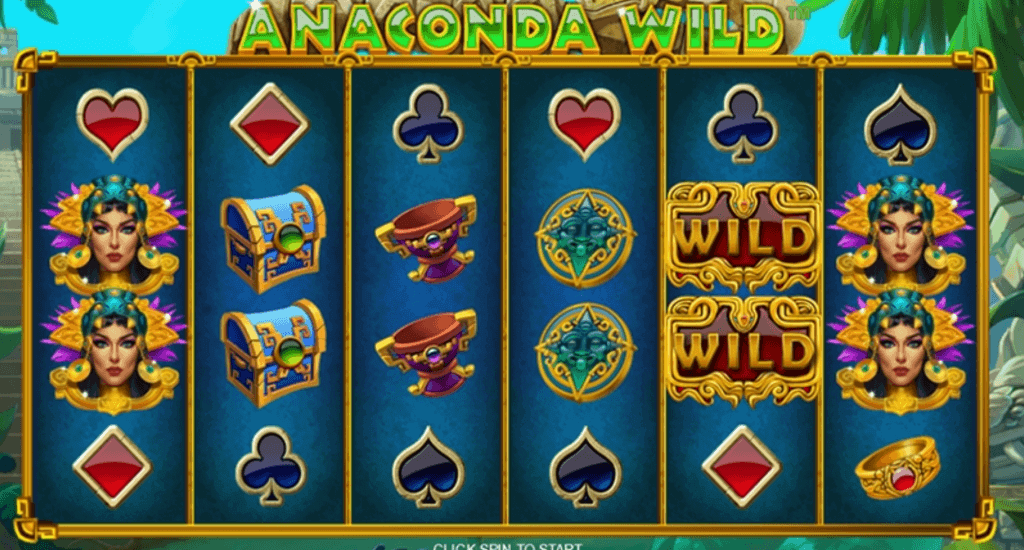 The Wild symbol in this game is quite important, so important in fact that there are two of them. Both serve the basic Wild function of substituting for all other symbols in a winning combination, and of course are the highest value symbols in the game. The larger Wild symbol, however, is also used to trigger the Anaconda Wild Respins Feature as I shall explain now.

Anaconda Wild Respins Feature. If the large Wild symbol lands anywhere on the reels, this feature is triggered. On every spin, a snake symbol will move around the screen from the Wild symbol and leave additional Wild symbols in its path. It will continue to do so until it finally makes its way back to the original Wild symbol. The movement the snake makes is random, so you could, in fact, turn the entire screen Wild which would provide you with a massive payout. However, in reality, this is unlikely to happen, but you may still get a decent reward. 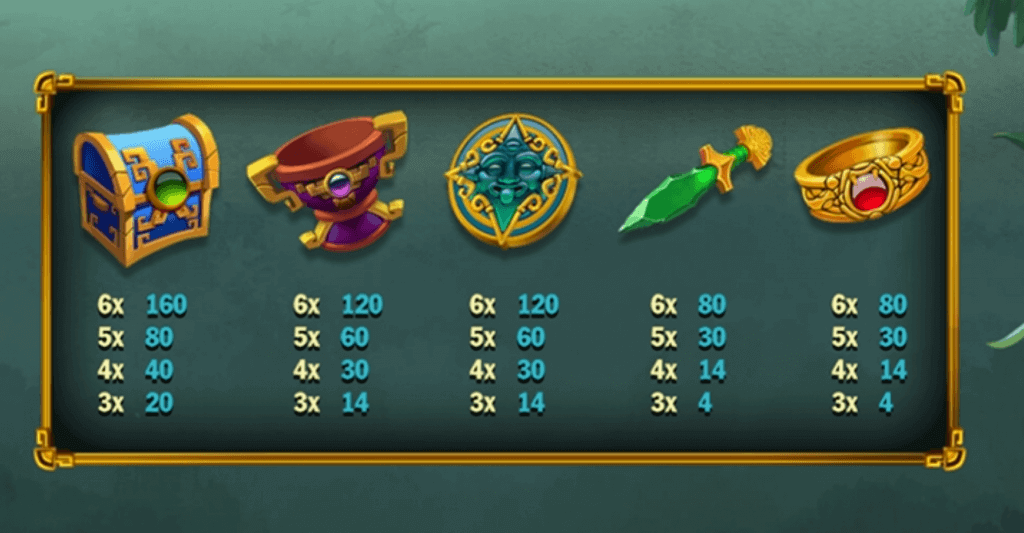 Anaconda Wild slot is a pretty simple game from Playtech that focuses solely on one feature, the Anaconda Wild Respins Feature. It’s a nice bonus that has the potential for big rewards, and in our experience was actually triggered fairly regularly which is important seeing as it’s the only feature in the game. That being said, it would have been nice to include something else here, perhaps a free spins bonus or something. The design of the slot is good though, and if you really like the bonus it’s certainly worth a shot, but most people will probably tire of the game after a short while and find themselves some other slot with more engaging gameplay.